GPS manufacturer Garmin is said to have paid the ransom 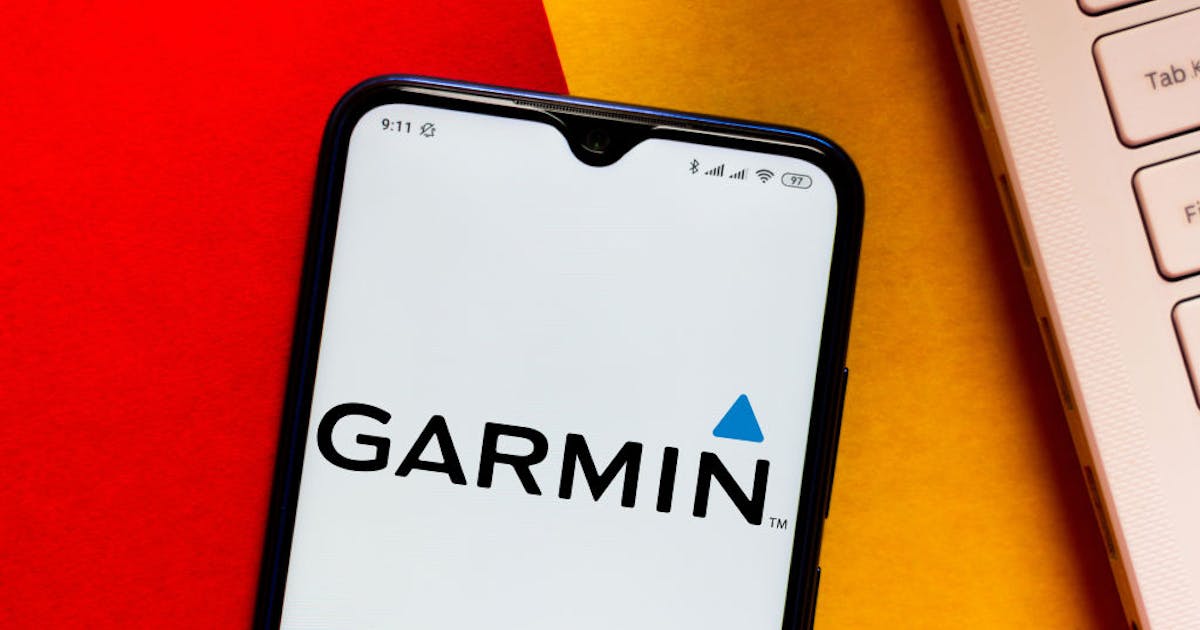 After a ransomware attack paralyzed the manufacturer of navigation devices Garmin, the company apparently had to pay a ransom to regain control of its data.

Almost two weeks ago, the manufacturer of the navigation devices was paralyzed on a large scale by an attack with ransomware, known as ransomware. Owners of Garmin products such as GPS devices and smartwatches could only use them to a limited extent at best, and even factory production was temporarily stagnated.

Operations returned to normal at the beginning of last week. As “Sky News” now reports, but probably only because the ransom was paid to the operators of the ransomware software to be able to access encrypted data in the Garmin systems again.

Suspected hackers under US sanctions

Security experts blame ransomware “Wastedlocker” for the attack on Garmin. The vast majority of experts assume that the Russian hacker group “Evil Corp” is behind “Wastedlocker”. The senior executives of “Evil Corp” were subjected to US sanctions last year that prohibit them from doing any kind of business – including redemption payments. Those who do so are exposed to civil and criminal risks.

According to “Sky News”, Garmin did not interact directly with the hackers but through intermediaries in the form of the security company Arete IR. Earlier, other security companies had canceled Garmin on the grounds of legal risks. Arete IR, on the other hand, published a small security document on its website that was intended to show why Evil Corp was unlikely to be involved in the attack – and that any ransom payments were legally unproblematic.

According to “Bleeping Computer”, the attackers are said to have asked for ten million dollars. It is unclear what amount was actually paid. In fact, Garmin has received the necessary decryption information from hackers.

Chat logs from another case show how a redemption payment is handled in principle. This affected the American travel service provider CWT. A company representative talked to the hackers and tried to negotiate the redemption amount. The exchange seems completely professional, like negotiating the sale of a tractor there.

Once the transaction is complete, there are even some free security tips from the ransomware operators so that the company does not experience such a costly event again. The company should introduce shift work in its IT security department so that countermeasures can be taken at any time.

With the skeleton of his deceased husband in his luggage, a 74-year-old Armenian was stopped at the airport in Munich. As it turned out, the man had died in 2008 and was buried in his home near Thessaloniki. According to the police, the transfer via Munich to the old homeland of Armenia was legal.

Dramatic moment in the air: Two paragliders were tangled during an acrobatic takeover of Organyà in Spain and threatened to crash uncontrollably. With a lot of skill and luck, the pilots managed to free themselves from each other and land safely.

Support for the escape from “Isaias” Firefighters help a woman who had to leave her home due to the tropical storm “Isaias” in the USA.

Injured: An elderly man is sitting on the street in Beirut with a bandage on his head. A huge explosion has occurred in the Lebanese capital, killing several people and injuring at least 3,000.

Fall into the barley field: A helicopter crashed during an emergency landing near Lübstorf, Germany. The three prisoners were slightly injured in the accident. Why and from what height the helicopter sank was initially unclear.

Good luck! Australian soldiers say goodbye to three sailors who have been stranded on the small micronesian island of Pikelot Island and have had to endure here for three days. They were discovered from a helicopter and given water and food by the soldiers. Now they are stranded waiting for an Australian warship to pick them up.

A driver left a trail of devastation in a parking lot in Nuremberg, Bavaria. According to police, he was driving on a street, driving through a hedge and crashing into three cars in the parking lot. He hit the vehicles in such a way that his car took off and finally landed on a van.

Ready for action: the new motorway across Genoa was inaugurated. The gigantic construction on high stilts replaces Morandi Bridge, which collapsed two years ago. In the accident in August 2018, 43 people died.

Certainly not the last battle: In Southern California, more than 2,000 firefighters are battling the first major forest fire this summer.

Keep your feet still! A member of the Nevada National Guard pastes markers on the floor. The goal is to maintain the minimum distance in a newly built, preliminary test center for coronavirus.

Unusual tenants: A dormitory has been nestled in a gearbox on the Deutsche Bahn on the Karlsruhe-Freiburg railway. To protect the cables, a switch that was no longer needed was placed in the immediate vicinity of the rare animal. It was said that the rodent adopted the new home immediately and had given birth there.

Burned out vehicles are parked in a parking lot for other cars in Carcroft, UK. First it was said at the weekend that 30 cars had been destroyed in a major fire, then the number was increased to 200 vehicles. It is now clear that about 900 cars have been destroyed. As it was said, the cause of the fire is still being investigated.

Back to sender: Two months after the first manned launch of the spaceship “Crew Dragon” developed by the private company SpaceX for the ISS, two American astronauts are back on Earth.

Pandemic break: A woman stretches during her break before testing other people in Manila for coronavirus.

Bathing joy: A woman swims in the Mediterranean on Tel Aviv’s beach during the Islamic Sacrifice Festival, Eid al-Adha.

Police curse: In Saarlouis, Germany, a police patrol noticed a car with a 4.20 meter long palm protruding from the roof. As the 55-year-old driver could not present a special permit for the non-risk-free transport, the officials initiated an investigation against him for a traffic offense.

Human fireball: A soldier from the Belarusian paratroop brigade performs with a burning jacket in Minsk, Belarus on the occasion of a military show on the 90th anniversary of the airborne troops.

In Indian Dharmsala, dogs occupy street stalls for traders who are currently not allowed to work due to the corona pandemic.

A traditional August 1 mountain fire is burning in the evening sky at Stanserhorn in the canton of Nidwalden.

Forests are burning again in California: A rapidly spreading fire has surprised residents east of the metropolis of Los Angeles.

The national holiday was about the coronavirus – like here in Schaffhausen.

In the fight against the corona pandemic, a man in protective clothing disinfects a classroom in Brasilia.

It was supposed to be a cozy afternoon in a deck chair at the Jardin des Tuileries in Paris. But the winds were so strong that the sand was thrown to the ground.