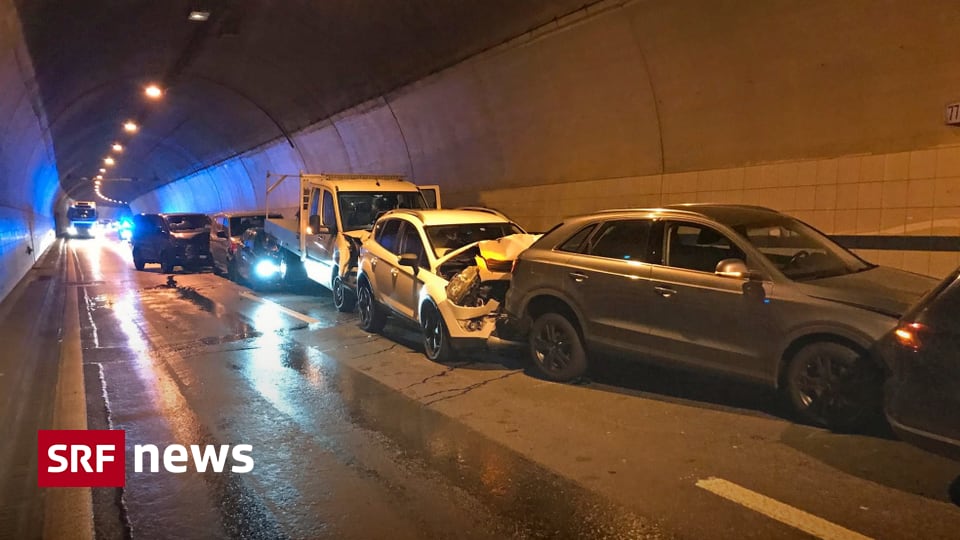 The accident occurred in the quick file. A car driver had to slow his vehicle to a stop due to traffic jams, which led to the collision, in which eleven vehicles were involved. The accident is subject to further clarification and interrogation, the police informs.

Nine people, including two children, must be escorted to hospital by the ambulance service. Eight people were easily injured, one person seriously injured. According to police, the property was owed tens of thousands of francs.

The A2 motorway was closed for several hours from the Sempach exit in the north. Since 1

0:45 am the highway is again normal in both directions.

Already on Wednesday, in the Eich tunnel, an accident occurred in which five people were injured. Three vehicles were involved in this accident.