Trump is accused of trying to push forward an investigation 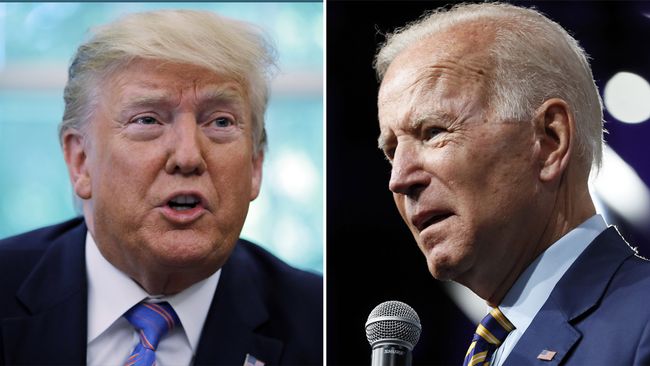 According to the allegations, which originally come from an anonymous whistleblower, Trump and his lawyer Rudy Giuliani have on several occasions this summer tried to pressure the Ukrainian leader to investigate Joe Biden's son, Hunter Biden, who previously served on the board of a Ukrainian gas company. This is a requirement for continued military support in Ukraine.

Donald Trump denies the allegations and says he does not know who the whistleblower is, but that the person must be a Democrat who wants to throw him out. However, Trump confirms that he has been in telephone conversations with Volodymyr Zelenskyj.

– The conversations have always been appropriate at the highest level, always appropriate, says Donald Trump in a statement to the Washington post . [1

Joe Biden, who is tipped to become the Democratic presidential candidate 2020, now requires a transcript of the telephone calls to be made public.

"Donald Trump should immediately release the transcript from the talks in question, so that the American people can decide for themselves, "Joe Biden writes in a statement on Twitter .

Democrat Nancy Pelosi, the House Speaker, said in a statement that the talks could be a threat to democracy if The allegations are true.

"If the president does what is alleged, he steps straight into a dangerous minefield that could have serious consequences for n government and our democracy, "she says in a statement that Reuters noted .