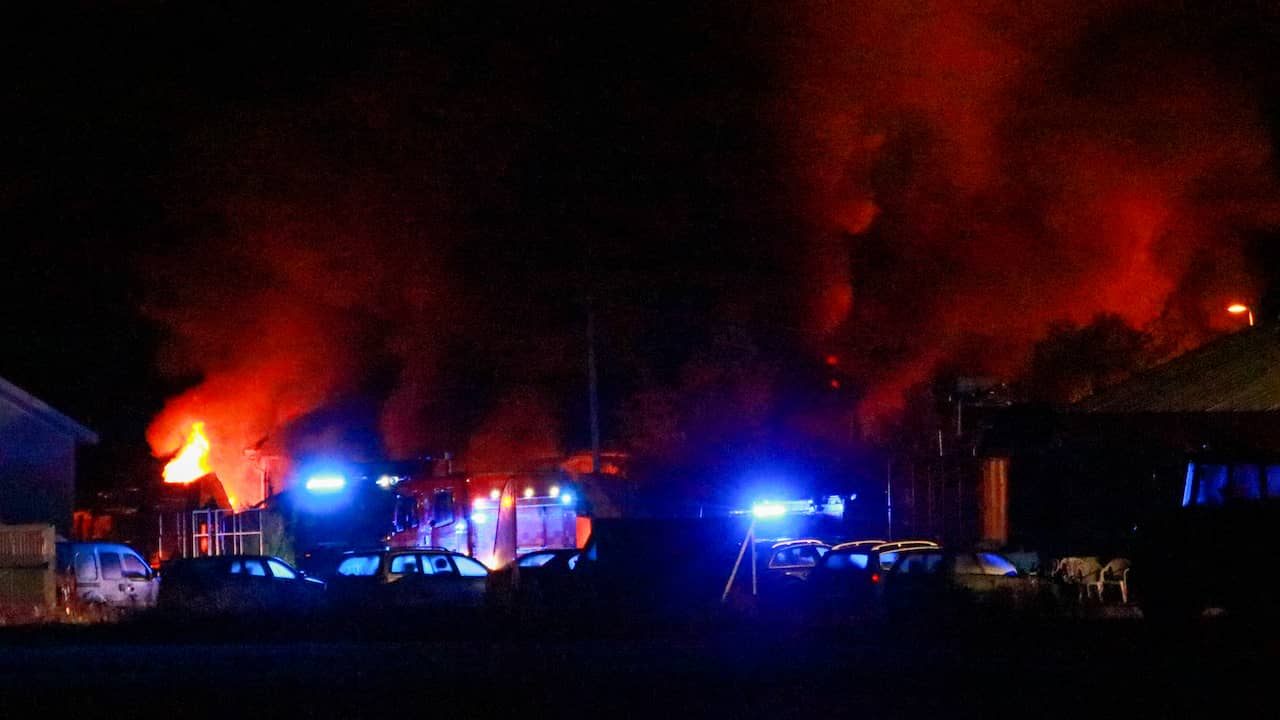 It was at 00.27 that the rescue service was alerted to an address in Söderbärke, Smedjebacken municipality, after it started burning in an industrial premises.

When you arrived at the site around the clock you could see that the building was completely overhead.

– It was flared and the fire had gone through the roof. They also heard how some gas cylinders smelt, says Helen Wickberg at SOS Alarm's event information.

Important message to the public

In connection with the fire, the on-site rescue officer sent an important message to the public asking residents in the area to stay indoors.

It was also asked to close all windows, ventilation systems and doors so as not to be affected by the heavy smoke coming from the fire.

At 3:49 pm on Saturday night, the warning was raised and announced that the danger was over.

1; All restrictions have been lifted, says Helen Wickman.

The rescue service in Smedjebacken during the night requested reinforcement of a tanker truck from Ludvika in order to extinguish the fire.

At most, eight rescue vehicles have been on the scene.

No reports of injured

At 04.30 night against Saturday, a vehicle is left at the fire.

– A vehicle with two firefighters is still on site to monitor the fire but the danger is over, says Helen Wickman.

There are no reports of injured in connection with the incident and no ambulance has been called to the scene.