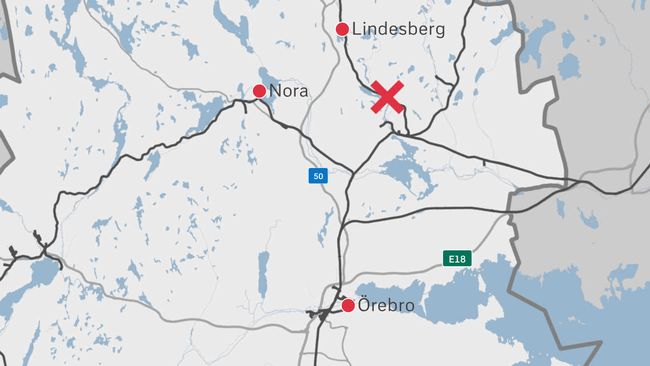 The accident happened just before 4 o’clock and it is a passenger train that has driven on a passenger car.

The passenger car crossed the track at an unsupervised railroad crossing outside Vedevåg in Lindesberg municipality. The car was crushed in the ditch, but it is unclear how serious the accident is.

Both emergency services and police are in place.

– The rescue service works with the two people in the car. According to the first information we received, they should be dumb but awake and talkable, says Peter Persson, the police officer on duty.

Both persons have been taken by ambulance to USÖ according to SOS Alarm, but the condition of the damage looks unclear.

7;clock, the rescue service is still on site and preparations are being made for evacuation of the train. According to SOS Alarm, around 20 people will be on board.

The accident means that the train route between Frövi and Lindesberg is completely closed and there is no forecast as to when traffic will roll again. According to SJ it affects trains that run the Lindesberg-Arboga and Örebro-Fagersta routes.

The text is updated.