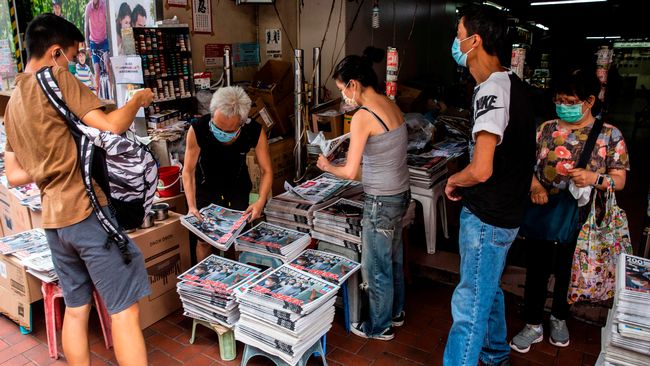 Jimmy Lai is a well-known representative of the democracy movement and owner of the Beijing-critical newspaper Apple Daily. After he was arrested on Monday, in accordance with the new security law that came into force in Hong Kong in early July, Hong Kong residents have shown their support by buying support for the newspaper.

The front page of Tuesday’s edition of the Apple Daily is adorned with a picture of Lai led by the newspaper’s editorial staff in handcuffs, escorted by police, with the headline “Apple is fighting on”.

The magazine has had to increase its regular circulation of 70,000 copies to 550,000 in order to meet demand, reports TT. According to local media, dozens of people stood in line to buy piles of copies to show their solidarity with the newspaper. A salesman tells reporters on site that he sold over 200 copies in half an hour, writes Hong Kong free press.

Lais’ company has risen by 788 percent

Jimmy Lai is the highest-ranking person so far detained as a result of the new legislation that critics say is a way for the Beijing government to quell the Hong Kong democracy movement.

Following Lai’s detention, his media company Next Media has risen 788 percent on the stock exchange.