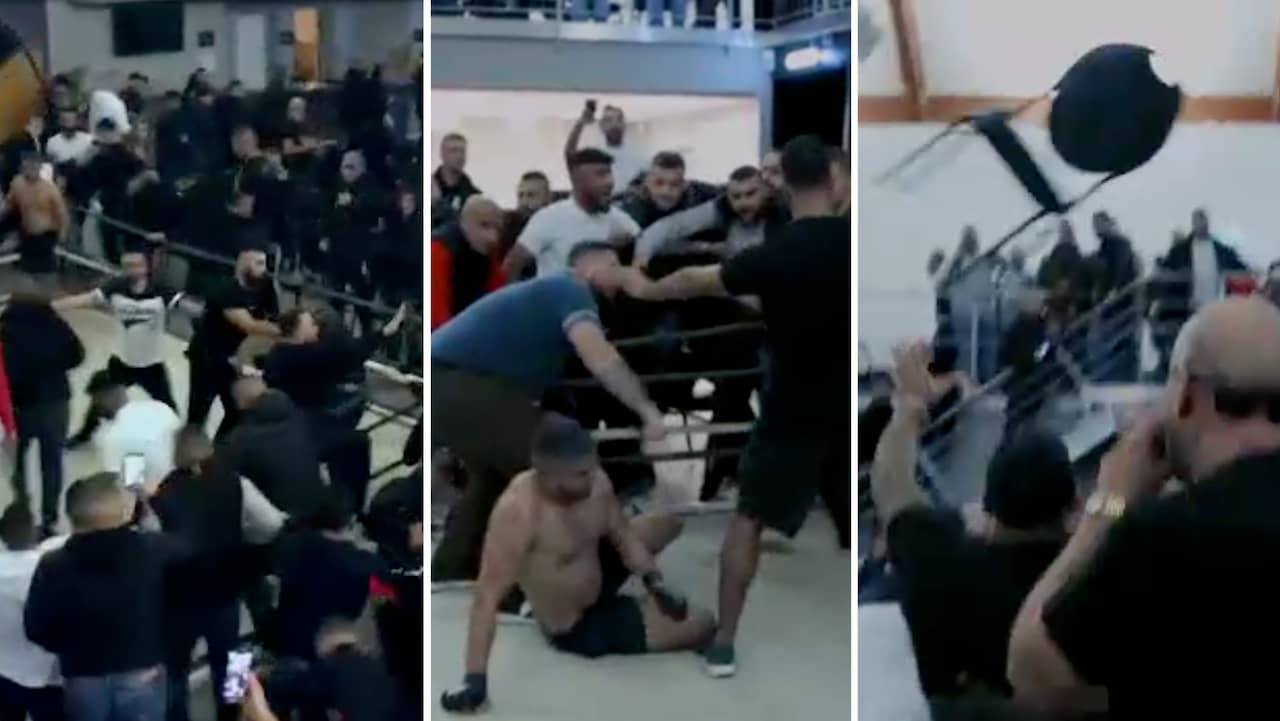 The idea was that ten young men would meet in a makeshift boxing ring "in a banquet hall in Halmstad, which was marketed as a" fighting gala. "

– They come by themselves and say they want to bid on show, says the organizer who calls themselves "Nabbe" to SVT.

– I don't stand with any gun or with a knife and say "you must do this ”. They themselves send in and say they want to do this, he adds.

During the match between two young men who call themselves "Munna" and "Hand grenade" the event traces out.

People who are reported to be friends to "Hand grenade" "Got into the ring and started fighting himself, throwing chairs.

"They stormed the ring"

SVT News reporter Diamant Salihu was on hand to watch the live broadcast fight for his new documentary Leva Live. He was just yards from the boxing ring.

1; They decided to lie down, several of them stormed into the ring, started fighting the opponent, hit him several times and threw chairs at the people who were there, he says.

– It was chaotic. There were guys who acted as guards there, but there was nothing they could do at that time.

– My photographer who was there with me got a chair on his leg.

Diamond Salihu says that the crowd eventually dispersed, after the organizer warned that the police were on the road.

The so-called "fighting gal" was reported to the police when it lacked the condition required by the Martial Arts Act, reports SVT.