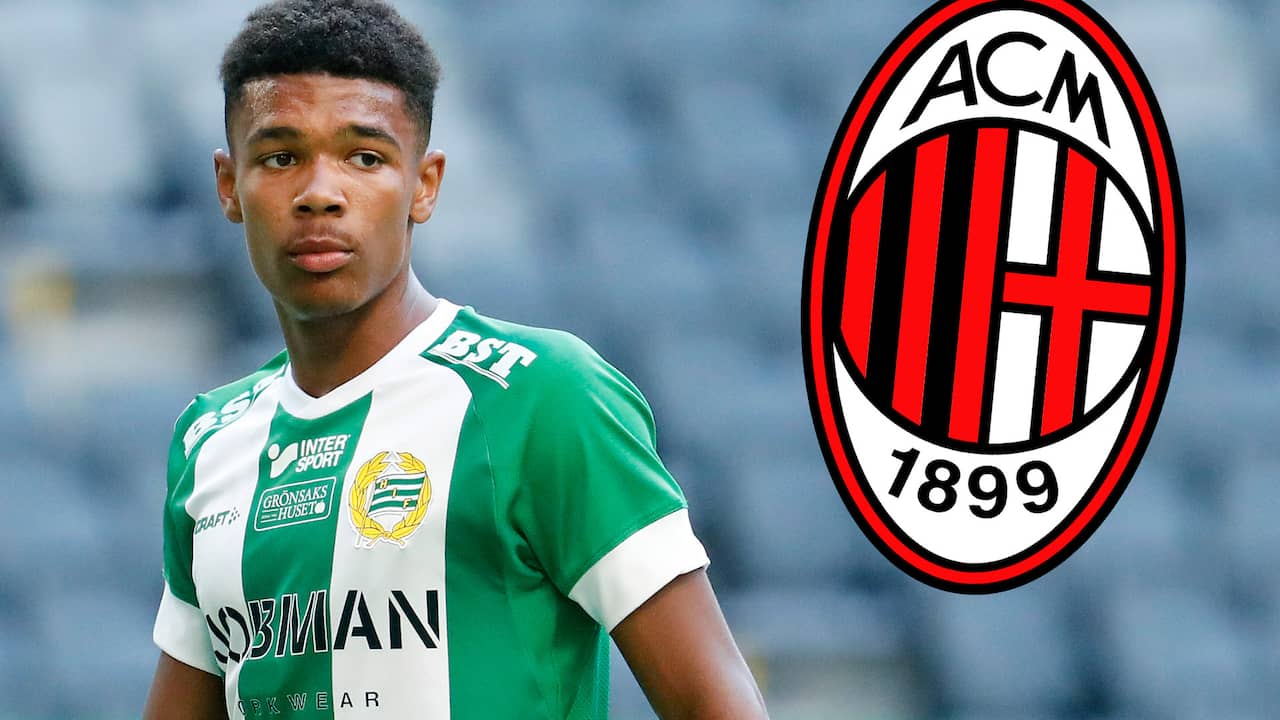 Hammarby’s attacking talent Emil Roback, 17, signed an A-team contract with Bajen just over six months ago. He had then for several years belonged to the club’s academy and the plan was when they took him up to the A-team that he would be matched in the cooperation club IK Frej.

Has been chased by Arsenal and Bayern Munich

Roback is one of the best players in Sweden in his age group and also had to make his A-team debut with Bajen in the meeting with IFK Gothenburg in the Swedish Cup this spring.

Then he jumped into the second half at the position 1-1. It has been rumored that a number of big clubs have been looking for Roback for a long time and among others Arsenal, Bayern Munich and a couple of other clubs in the German Bundesliga have followed the striker closely.

The transfer fee lands at over 15 million

But now SportExpressen can reveal that Roback is close to a move to Zlatan Ibrahimovic’s AC Milan. According to information, the plan is for the player to land in Milan tonight, do the medical examination and meet the club on Wednesday and if everything feels good, he will sign the contract with the Italian big club. The transition gives Hammarby more than SEK 15 million and it can be well over SEK 20 million if various clauses and bonuses apply.

READ MORE: This is how Milan want to build the team around Zlatan
READ MORE: The pictures of Zlatan’s luxury holiday are spread all over the world
READ MORE: 30 controversial transitions in the Allsvenskan