Depression – from Serotonin Deficiency to Plasticity | 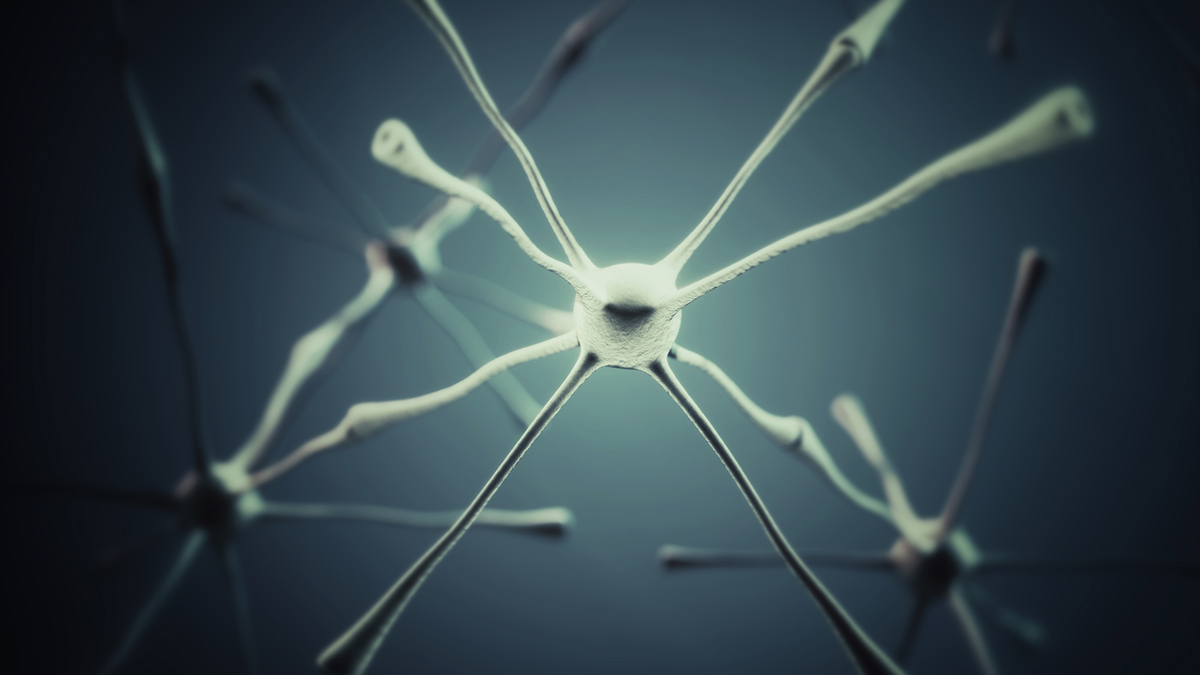 Serotonin is a so-called neurotransmitter, a molecule that chemically mediates nerve signals from one nerve cell to another. As early as the 1950s, researchers discovered that serotonin and other so-called monoamines, such as dopamine and norepinephrine, had an antidepressant effect. Then it was easy to conclude that depression was due to a deficiency and could be treated by adding these monoamines. Even today's modern antidepressant SSRIs (serotonin reuptake inhibitors) increase the amount of serotonin, but today we know that depression cannot explain as easily as a lack of serotonin. will only come after a few weeks. Rather, the antidepressant effect is due to the monoamines affecting the equilibrium of the neural networks. Genes are activated, synapses are newly formed and others are cleared, there is a change in the neural networks. The drugs increase the plasticity of the brain, ability to change, says Anders Tingström, professor at Lund University and consultant in psychiatry at Region Skåne.

How this then affects the depression itself is not fully mapped, but Anders Tingström has a interesting theory, a possible explanation for how it could work. But he is careful to emphasize that only one theory remains to be proven.

1; A typical symptom of depression is that the person becomes rigid in thought, gets stuck in the same negative thoughts over and over again, without being able to recover out of the negative loop. The ability to associate freely becomes severely limited. If drugs or other treatment methods can increase the plasticity of the brain, the ability to change, then it can be a way to get help out of locked association patterns. To help the brain to function again as usual.
Brain plasticity

Brain plasticity is about new neuron formation, so-called. neurogenesis, and the elimination of others. Anders Tingström is similar to a garden that must be fertilized in order for it to grow, but that a well-kept garden must also be cleared of weeds.

Children up to 2 years Age has a strong growth of nerve synapses, connections between nerve cells. Subsequently, a rapid thinning occurs until about 10 years of age when the synapses and nerve pathways that are not used are cleared. An adult brain has lower plasticity, the ability to establish new nervous circuits, than a child brain. For example, this is why adults find it so much harder to learn a new language perfectly.

In the national guidelines of 2017, the National Board of Health recommends that depression and anxiety syndrome should be treated mainly with antidepressant drugs and various forms of psychological treatment. But not everyone responds to these treatments and then ECT, electroconvulsive therapy or rTMS, repetitive transcranial magnetic stimulation, may be possible treatment alternatives.

ECT has long been used as an alternative to severe depression when other treatment has not helped. Briefly, treatment means that electrical current is sent through the patient's brain, causing a short-term epileptic seizure. The patient is anesthetized during treatment. In a study published by Anders Tingström and his colleagues in 2000, they were able to show in experiments in rats that ECT stimulates the formation of neurons in the hippocampus, one of two areas of the brain where new neurons can be formed in the adult brain. Neuron formation (so-called neurogenesis) is an example of increased brain plasticity.

– ECT is especially effective in melancholic depression, a severe form of depression where the patient is plagued by paralyzing anxiety and sometimes becomes completely apathetic and stops eating and drinking. Melancholy is an extremely distressing condition and the suicide risk of those affected is high. These patients respond very well to ECT, more than 80 percent being helped, says Anders Tingström.

But the method has suffered some criticism where critics believe it can lead to permanent memory loss.

– Some suffer from memory loss which is related to the weeks prior to treatment. Memory loss further back in time is more uncommon and becomes more rare the longer you look back. But it can happen, says Anders Tingström, and continues:

– All medical treatment has side effects and you always have to weigh advantages against disadvantages. The method is used in very severe depressions with high suicide risk, and we must also not forget that severe depression in itself affects the memory.

An interesting alternative to ECT is repetitive transcranial magnetic stimulation, rTMS. The method is that an electromagnet, placed against the outside of the skull (hence the name transcranial), produces a magnetic field which in turn induces changes in the activity of the neurons in the brain. This treatment method also leads to an increase in brain plasticity.

TMS was approved as antidepressant treatment in the United States as early as 2008 and 2017, the National Board of Health issued a recommendation that "health care can offer treatment with rTMS to adults with moderate or severe depression". The method is already used in several county councils and Region Skåne has invested in equipment that will start to be used in the fall.

– Transcranial magnetic stimulation is an interesting alternative to ECT, for those who either do not want to be treated with ECT or where ECT has not helped . At present, rTMS may not be as powerful as ECT but has other benefits, such as the patient not needing to be anesthetized, which can be a risk in itself.

Each treatment session, when the patient is fully awake, takes 30-40 minutes, is done 5 days a week for 4-5 weeks. Common side effects can be headaches and nausea.
Anders Tingström also says that DBS, deep brain stimulation, could in the future be relevant for the treatment of depression. The idea is to be able to influence the activity of the brain's nerve circuits by means of thinly operated electrodes. DBS is currently used on some patients with Parkinson's disease to turn off the characteristic shaking.

– A lot of work still remains to be done before the method can become relevant for treatments, says Anders Tingström

What is common to the various treatment options described in this article is that they have all been shown to affect the plasticity of the brain. Another track that we highlight in this magazine is the link between inflammation and depression and the treatment strategies that are relevant.

The article was first published in Science & Health, which Part of the theme of Mental Illness – Preventing and Treating

New discovery: This is how we can reconcile astronauts to sleep