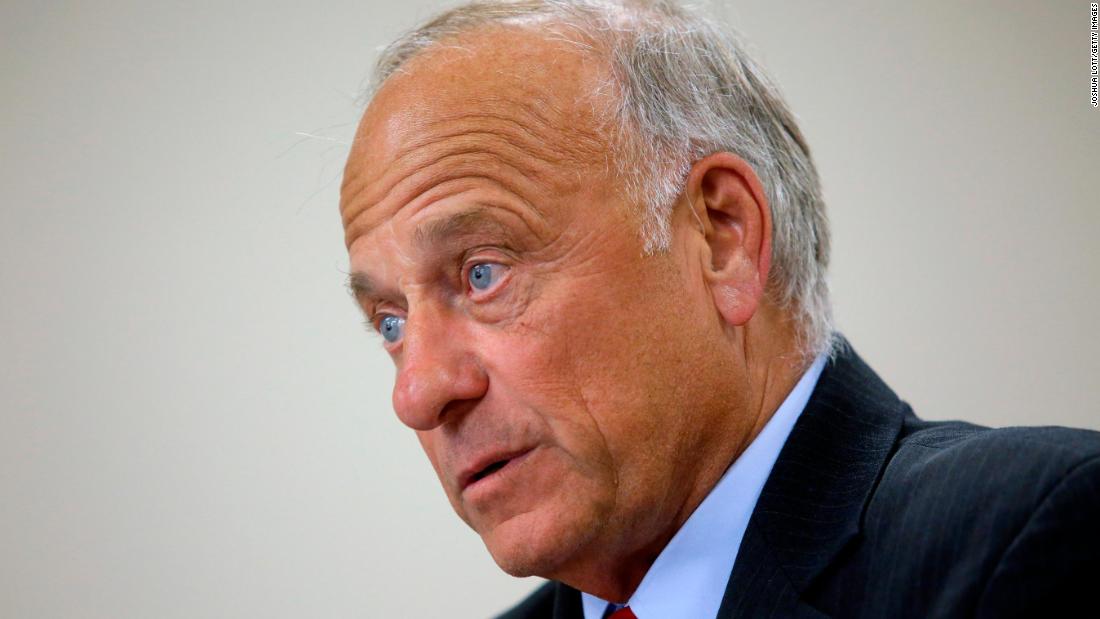 "Considering all the wars and all the rape and pillage that has taken place … I know I can't certify that I wasn't part of a product of that," King said. think that every one of the lives of us is as precious as any other life, "he added.

The remarks came as King was defending not allowing exceptions for abortion in cases of rape or incest.

The Iowa Republican is a controversial and polarizing figure on Capitol Hill who has a track record of making racist comments that have generated backlash Across the political spectrum.

In January, House Republicans stripped King of committee assignments, an action that took place after an interview in which he appeared to lament that the term "white supremacist" is considered offensive.

CNN has reached out to King's office for comment, but did not immediately receive a response.

The remarks quickly generated condemnation from Democrats, including JD Scholten, who announced earlier this month that he will once again try to unseat King by running against him in 2020.

In response to the comments, Scholten, who unsuccessfully ran against King in 201

8, said the Iowa Republican is pushing a "selfish agenda," and accused him of excusing violence.
"Our congressman continues to push his selfish agenda above the needs of # IA04 – this time he apologizes for violence. This is not what we stand for," the Democratic challenger wrote including a link to a fundraising page with the message.

King also faces a GOP primary before he gets to the general election.

One of primary challengers, Iowa state Sen. Randy Feenstra, called the comments "bizarre" in a statement on Wednesday.

"I am 100% pro-life but Congressman King's bizarre comments and behavior diminish our message and damage our cause," he said, adding, "We cannot afford to hand the 4th District to Nancy Pelosi and her allies in Congress. President Trump needs defenders in Congress, not distractions. "

Democratic presidential candidates were quick to denounce the congressman too, with New York Sen. Kirsten Gillibrand calling for his resignation.

"You are a disgrace. Resign," Gillibrand tweeted at King on Wednesday.
"My friend @JDScholten is standing up and fighting back against Steve King, and he needs all of our help," Beto O'Rourke tweeted "because no matter where you live, you know there's no place for Steve King's racism, bigotry, and hatred in Congress.

This story has been updated with additional developments Wednesday.

Zoom class was interrupted when the student’s mother shot deadly

Conway: Harris will have to answer for marijuana charges in California