Standoff at NJ UPS ends with gunfire, but hostages OK 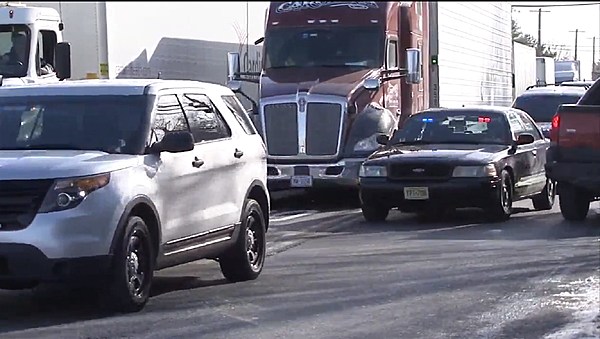 LOGAN TOWNSHIP – A hostage situation at a South Jersey UPS facility came to an end just before noon on Monday.

There was an exchange of gunfire between a man holding two women hostage and police at the facility on Birch Creek Road in Logan Township, according to Gloucester County Prosecutor Charles Fiore. He said the authorities followed "protocol" when they ended the situation.

The man entered the facility around 8:30 am . and took the hostages, Fiore said, Dozens of employees were taken to a nearby hotel bus. .

A large number of law enforcement responded to the scene including the FBI and a tactical team. Fiore said earlier that hostage negotiators were in touch with the gunman while he was barricaded in the room with the two women.

One of the evacuated witnesses, speaking to 6ABC, said she was friends with one of the hostages. She said the gunman was her friend's ex-boyfriend.