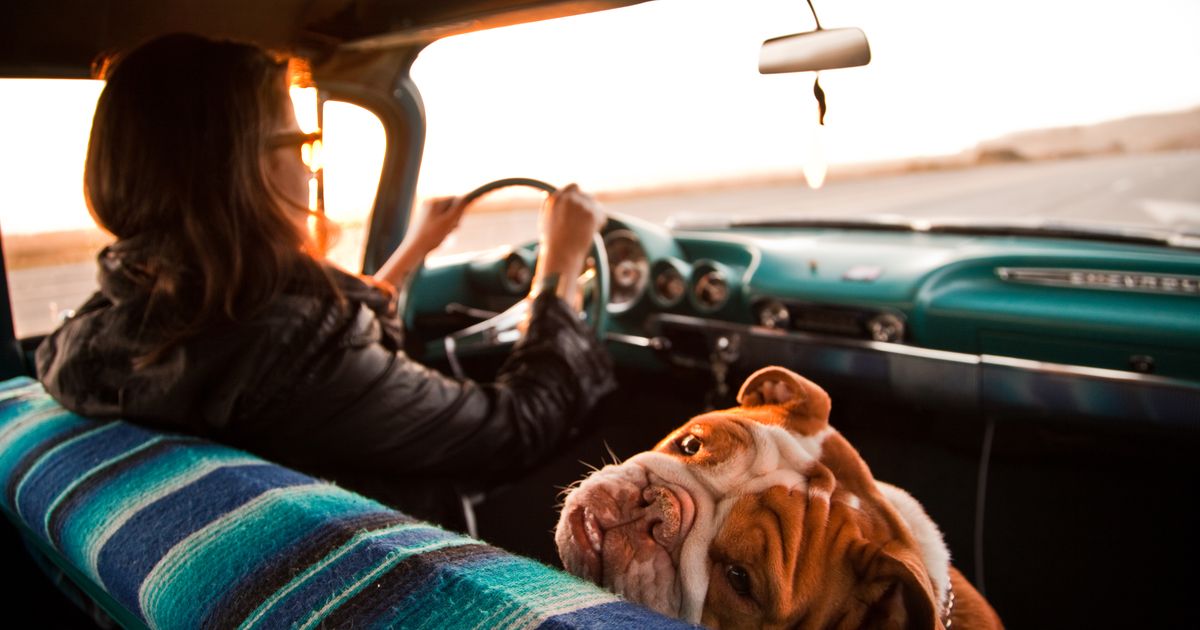 I'm a devastating fan of algorithmic playlists. I don't have to put together my own "new favorite songs" lists and put together the perfect arrangement of songs for a burned CD. But damn if Spotify's Discover Weekly and Your Daily Mix playlists aren't practical, and in general, really good.

Spotify flexed its algorithmic playlist-creating muscle again on Friday when it released a new tool that would provide the perfect soundtrack for an upcoming road trip: "Soundtrack your ride." It is a partially human, partially computer controlled playlist generator fitted to fit the length of your trip.

A portal takes you through a series of questions about your upcoming road trip as well as your taste in music. Obviously combined with what it knows about your music listening habits (you agree to let the portal look at your Spotify story as you begin), the answers help to generate a playlist that is themed for where you are, who you are with, and what your vibe is .

First it asks for starting and ending points for your ride. This lets you know how long the playlist should be, and specifically where you are traveling. To try it, I pretended to take a trip from L.A. to San Francisco, since this is actually a drive I take a few times a year.

Then it asks who you are with. The options are solo, children, friends, pets or partners. I chose a partner, but am not really sure what the result is (maybe more love songs)?

Then comes your favorite genre of the road (I chose "indie") and then your "drive vibe." For me, this usually fluctuates every couple of hours, but if I had to pick one, I joined "singing along." Next, it asks about your "ultimate driving song", which gives you six options to choose from. I joined Vanessa Carlton's "A Thousand Miles", because Vanessa is still beating.

Finally, it asks about "your wheels." Admitting that I drive a "sedan" was a sad moment for me, a 30 year old (it's actually a lukeback) !!

And then, the moment of truth. It only takes a few seconds to play the list to generate, but sure enough, my new Soundtrack My Ride playlist appeared in my sidebar on Spotify, and after 5 hours and 48 minutes it fit perfectly on the length of the device.

The song selection was on point! It was clear that it took into account my listening history. On a recent trip, I listened to a lot of Lana Del Rey, thank you so much. And it had some of my favorite artists and songs, like Jenny Lewis and Christine and the Queens. But, in addition to my general taste, it was definitely inspired to travel and adapted to some of my questions; "singing with" songs + love for Vanessa Carlton = lots of Avril Lavigne, Kelly Clarkson and even Shania Twain.

I like that it generated a playlist for me because six hours is a lot of time to fill. It also chose songs that I like but wouldn't have thought of, whether I don't know them, or because they fall on the "guilty" end of the debt joy spectrum. But that doesn't mean that while I went up quickly at 5, I wouldn't enjoy singing to a little Hillary Duff.

Then, in the past, part of the fun of going on a trip was making the playlists and burning the CDs for the road, especially if I had a passenger that I wanted to impress. Until I got a new car a few years ago, I still kept my CD binder with CDs from these road trips past under the right front seat. Jumping in a burnt mix would immediately take me back to 2008 or 2009 when I drove up and down at 5, between home and college, several times a year. Burned playlists are time capsules in a way that algorithmic playlists just aren't.

But these CDs are still there if I want them. And in the meantime, Spotify's bag of tricks only gets cooler. Who says we can't have both.

Here is my playlist if you want to check it out.

The next Google Nest will be announced on July 13