"Spion Who Dumped Me" review: So … so-so. Kate McKinnon: So good. 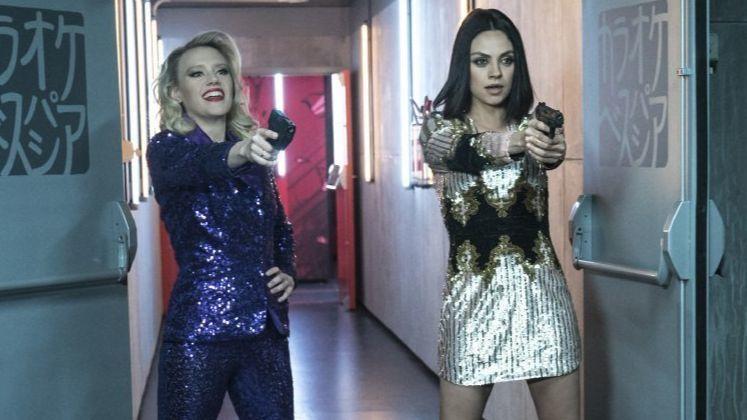 "The Spy Who Dumped Me" gets, almost, thanks mainly to Kate McKinnon. Her crazy fluid and unpredictable comic time, and her willingness to go big – well past Madeline Kahn-big and very close to Eddie Cantor-big – has saved several movies. She gave up the "Ghostbusters" restart, rescued parts of "Rough Night" and angry what she could out of the moist sheet "Office Christmas Party." Working with a game Mila Kunis, McKinnon takes care of this too, with or without a lot of screwed verbal pages (her character speaks of auditioning for a Geico ad like a Ukrainian farm girl and being "too authentic") or dragging a pop-eyed, slaw-jacked, incredibly happy reaction to what the plot is up to.

Usually the plot is up to people who are impaled or kicked in the face or tortured by sinister enemies. Co-author / director Susanna Fogel's action comedy about best friends caught up in international espionage is stupid, relentlessly violent. This makes it difficult for the audience to relax and enjoy. But McKinnon's obvious improvisations and inventions create a second, better movie in the margins.

Seriously: Why have comic comedies turned into a series of grisly "kill" (abominable plural nouns) that barely make room for the "comedy" section? The impact goes back a generation or two, when the first "Beverly Hills Cop" or "48 Hrs." Come out. The audience became crazy about the Eddie Murphy jokes in these action games. Even these films were really sharp; The blends worked, but it took "Beverly Hills Cop" just a sequel to screw it up.

More recently, and more relevant to the drawings used for "The Spy Who Dumped Me", the Melissa McCarthy vehicle spy "Spy" despite an overreliance on the mayhem. (Killing is easier than white and a more reliable ingredient for international cash office.) In the McCarthy movie, we got a hugely funny accidental shooting sight in the first minute, the attitude bounced off the troops and the conventions Bond / Bourne / "Mission: Impossible." It takes "Spy Who Dumped Me" far longer to get started, switch as it does between intrusive flashbacks and today's globe trotting.

Fogel's manuscript, co-written by David Iserson, starts with Audrey (Kunis), a LA clerk at a Trader Joe's store that infects a breakup text she has received from razor boy's boyfriend Drew (Justin Theroux). Claiming to host an NPR podcast that combines "jazz and economy", in fact, he is a CIA agent in possession of a flash drive full of valuable and dangerous information. Others want it, and when Drew shows up in Audrey's flat, with killer killer, "The Spy Who Dumped Me", Audrey and her best friend, Morgan, the prominent actress played by McKinnon in the chase of Vienna, Paris, Prague and environment.

You can do worse than that, and McKinnon and Kunis bring a can-do spirit to the material. Sam Heughan's charming British agent presents an interest in Audrey, and a practical book for the Theroux character. Ace character Fred Melamed emerges as a smooth, cultivated friend of Audrey's father (Paul Reiser), attracted by Morgan, despite barking on wrong trees. (Come-on: "Are you in Balzac?" Reply: "Less and less, with every experience.") But promising pieces, as McKinnon infiltrates a Cirque du Soleil style and tries to fake it through, go nowhere. And somewhere around the 40th brutal show, played straight, I just wanted McKinnon to chase a better movie. See here for what happens in the margin.

Michael Phillips is a Tribune critic.

"The Spy Who Dumped Me" ̵

: R (for violence, language throughout, some rough sexual material and graphic nudity)

MORE DECLARES: The Star in the "Eighth Class" on Translating Chaos of Youth into Beautifully Unaffected Screening "

Three days to go to his parole but his best friend's problem: The rollicking, provocative & Blindspotting 19659017]
Source link