Spilling coffee forces the planet to divert the Atlantic 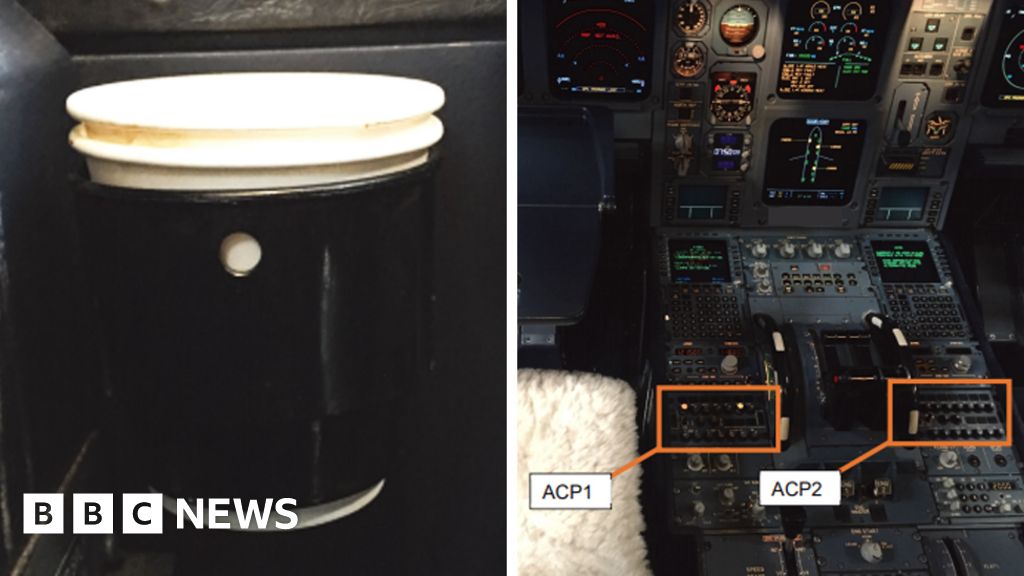 A passenger aircraft with 337 people on board was forced to relay in February after the pilot spilled coffee on the control panel, the UK investigator says.

Airbus A330-243 from Frankfurt, Germany, to Cancun, Mexico, had to land in Shannon, Ireland, reports the Air Accidents Investigation Branch (AAIB).

This was because the Pilot's Sound Control Panels (ACP) began to melt and there was smoke in the cockpit.

The pilots must use oxygen masks. There were no injuries.

AAIB does not identify which company ran the flight during the accident on February 6, 201

But the Flight Safety Foundation's independent nonprofit says it was a Condor Airlines flight. The aircraft is operated by Thomas Cook Airlines.

What are the details of the cockpit accident?

AAIB says that the main pilot supervised the co-pilot across the Atlantic when coffee was served.

The drinks were given in copper without lids, which AAIB says was normal for the company operating the flight.

The main pilot put the coffee on his tray – but the cup was later turned over.

Most of the liquid fell on the master's lap and a small amount was spilled on the main ACP1.

ACP1 and later the co-pilot's ACP2 soon became hot enough to begin to melt one of its buttons.

This resulted in the control panels failing and communication difficulties.

The decision was made to forward to Shannon, and the plane landed safely.

The AAIB says that the operator has since changed its procedure to ensure that hatches are provided for flights on all routes, and cabin crew are reminded of the requirements to use them.