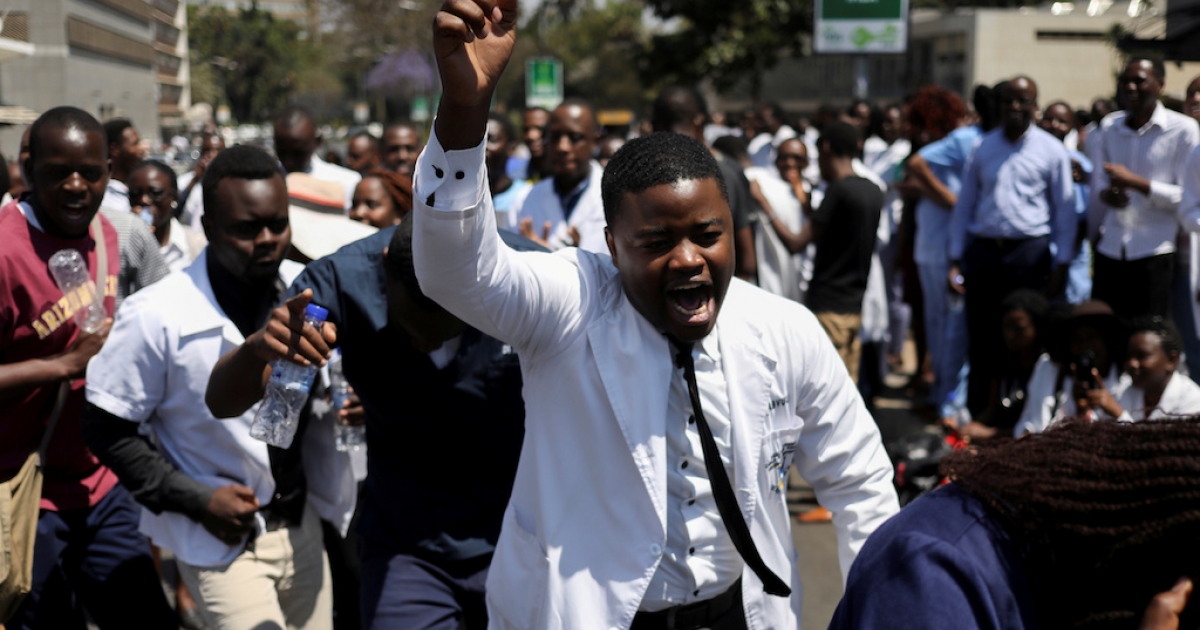 HARARE – Some of the dismissed doctors in Zimbabwe say that they have accepted their destiny and do not regret their actions.

This week, the Zimbabwean government celebrated over 200 doctors and promises to expel more.

The doctor was fired for protesting against terrible working conditions and poor wages.

Prince Butau is one of the doctors dismissed for strikes.

Like other doctors, he was on strike for over 60 days and demanded better wages.

Butau says he does not regret the deportation and plans to leave the country to seek better opportunities, in other countries.

"So this is the letter they went under my door. This letter shows that I have been charged for absence without due time," Butau said.

"I'm going to evacuate this hospital apartment 30 days after I got it, it's November 5. So by December 5, I would have evacuated otherwise I will figure myself out of here."

Butau says he is only sorry for the majority of the poor ordinary Zimbabweans.

He says that they do not have access to better medical services because of poor government administration. [1

"I am proud to have fought against what I believe is the oppression that we currently face not only as doctors, but like the rest of officials. I feel very sorry for the Zimbabwe people at large who are the ones who is losing the expertise and services that we have to offer them as doctors. "

It is uncertain whether the government will replace the dismissed doctors.

The country is facing its worst economic crisis in a decade, power cuts and medicine and fuel shortages

Government workers marched in the capital Harare and demanded better working conditions and wage increases but protests were blocked by police.

Doctors must choose who lives and dies when Covid-19 deaths grow in South Africa: report