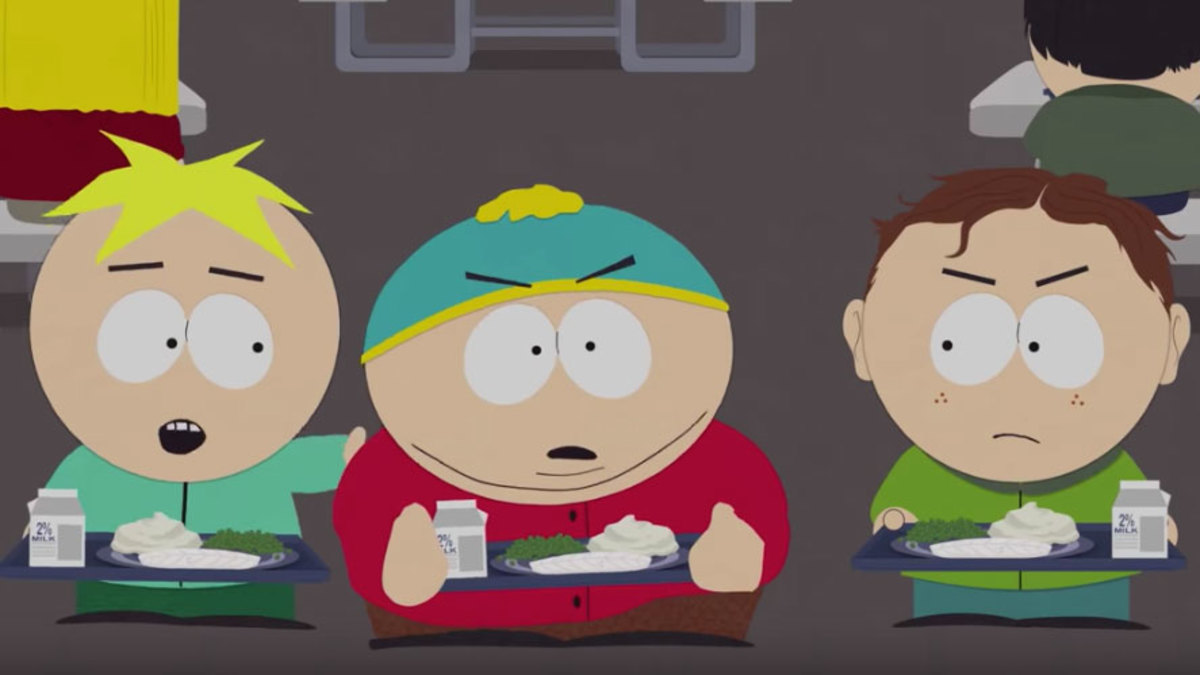 1 . While LeBron James returned to do what he does best on Wednesday night, South Park as his controversial comments on Rockets GM Daryl Morey.

In a section titled "Let Them Eat Goo," the time of the Comedy Central show, LeBron used exact words from his press conference earlier this week – where the Lakers star commissioned Morey over his tweet about the situation between China and Hong Kong – in a scene about a huge issue that rocked South Park Elementary School: healthy lunches.

The school had replaced fertilizer food with healthier alternatives and Cartman was not satisfied, so he channeled his inner LeBron when he raised the issue.

While I fully understand that everyone wants to tear LeBron right now because of his ridiculous comments, I liked South Park to take on the disgusting "beyond meat" trend that is getting bigger and bigger much more than mockery of James.

2 . You have to see the stunt that Lakers center JaVale McGee brilliantly pulled off Wednesday night.

3 . I'm not sure players will be down with a regular regular season game, but more NFL games in February would be a welcome thing for fans and degenerate players.

4 . This kid who was interviewed at the stadium during Wednesday night's Capitals game is one of the best motivational speakers you'll ever see.

5 . No one on Earth's face – including all members of the Astros – cares more about Houston's rotation for the rest of their playoff series against the Yankees than Chris "Mad Dog" Russo.

6 . The latest SI Media Podcast is out and features an interview with SI.com's legal analyst Michael McCann. We discussed the NBA / China / LeBron James situation, fallout from the new information about Tyler Skagg's death, Antonio Brown's complaint against the Patriots, Purdue's ban on sports betting, how the XFL can learn from AAF, fan damage caused by flying objects and more.

You can listen to the podcast below or download it at Apple, Spotify, Stitcher and Google Play.

7 . TODAY'S RANDOM YOUTUBE VIDEO : If you are an old-school WWF fan who grew up in the 1980s, today marks the anniversary of a monumental moment. On October 17, 1983, Jimmy "Superfly" Snuka flew from the top of the cage in Madison Square Garden. What a call by Gorilla Monsoon. It all starts with the 17-minute mark of the video below.

Be sure to catch up on previous issues of Traina Thoughts and check out the Sports Illustrated Media Podcast hosted by Jimmy Traina on iTunes, Spotify or Google Play. You can also follow Jimmy on Twitter and Instagram .