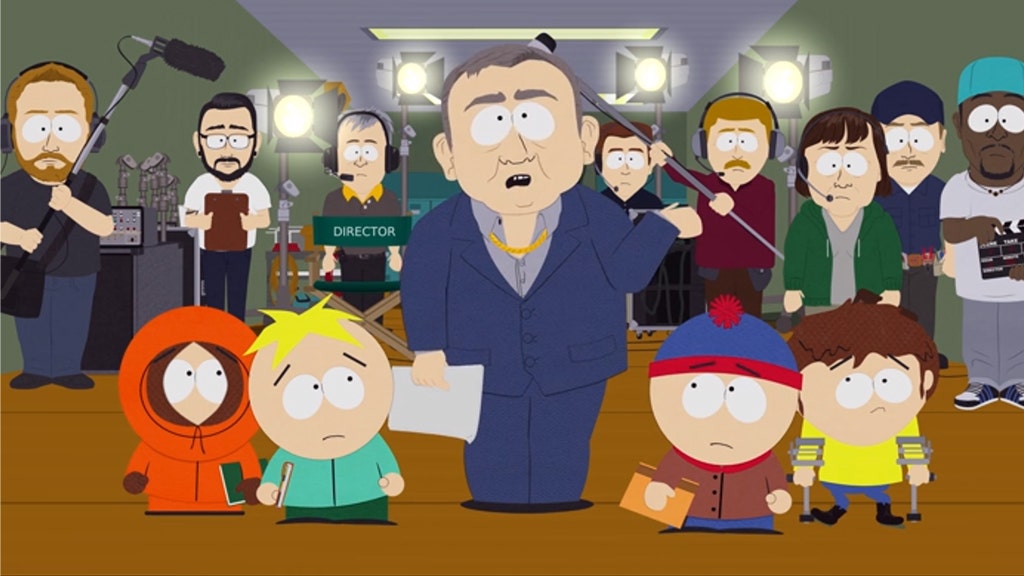 "South Park" creators Trey Parker and Matt Stone made good on their plan to fire back in China after Beijing banned their long-running animated series over its criticisms of the Chinese government.

Wednesday night's episode on Comedy Central, called "SHOTS !!!," reached a milestone as the series' 300th – and included a profane response to Beijing.

1; – the Chinese Government !! characters "Towlie" and "Randy" shout, after Towlie admonishes Randy for selling marijuana to China and tells him about the country's human rights atrocities.

Towlie then bashes China – and anyone who does business with the country – before he and Randy shout the profane phrase.

GET FOX BUSINESS ON THE GO BY CLICKING HERE

On Monday, Chinese censors erased, deleted and purged every clip, episode and online discussion of the show from th e country's streaming services and social media outposts. The move was a response to last week's episode, which mocked Hollywood for a tendency in recent years to avoid offending Chinese censors as it pursues big profits in the communist country.

Tensions were also rising between the U.S. and China over controversy involving the NBA – sparked by a weekend Twitter message in which Houston Rockets General Manager Daryl Morey expressed support for pro-democracy demonstrators in Hong Kong, a Chinese territory.

Several companies in China, including some of the NBA's major business partners there, lashed out at the league over Morey's tweet.

Afterwards, several NBA-related events in China were canceled, but two scheduled preseason games between the Los Angeles Lakers and Brooklyn Nets were still on as of early Thursday .

The first game was set to be played beginning at 7:30 am ET Thursday, with the second scheduled for Saturday morning.