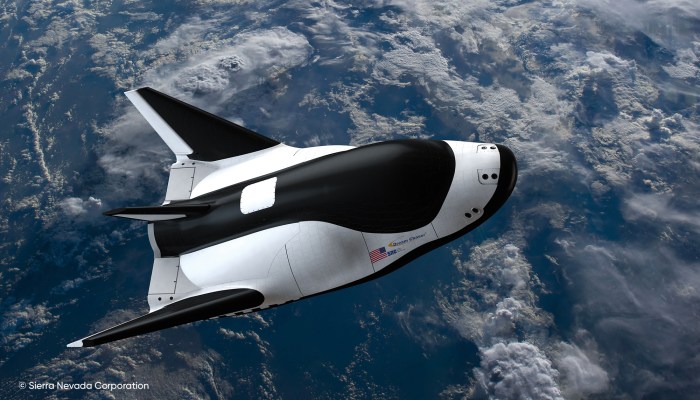 Sierra Nevada Corporation (SNC) is developing "Dream Chaser", a reusable spaceship designed to ferry goods to the International Space Station and bring it back to Earth and land on a trajectory like the Space Shuttle. Today, the company revealed more about Dream Chaser at a press event at the Kennedy Space Center in Florida.

It literally showed a new cargo component in Dream Chaser, with a full-scale model in place – "Shooting Star" & # 39; is an extendable, disposable secondary truck that can dock itself with the ISS while in orbit, taking on waste cargo from the station and then make a controlled runway to burn up the atmosphere and leave nothing behind. This consumable component adds a great deal of versatility to the Dream Chaser design and extends the vehicle's mission capacity with safe disposal of materials that would otherwise not be suitable for loading onboard the Dream Chaser for its return to Earth.

So it's got a nested cargo ship that can dock itself with the ISS and take out the trash, but that's not the only trick up Dream Chaser's sleeve: The spaceship will also be able to reach and provide Lunar Gateway, a lunar space station like NASA plans to distribute to serve as a staging point for its lunar surface missions. Dream Chaser must have its satellite bus connected to make that trip, but that means it will be able to participate much more in NASA's Artemis program. Probably not by chance, SNC was named one of the new approved suppliers that can bid on NASA's commercial Lunar Payload Services (CLPS) contract (basically deliveries to the lunar surface).

1; its design makes it possible to connect an inflatable module that can essentially transform it into an orbital platform with very high payload and power capacity. Multipurpose is the name of the game when it comes to making multi-planetary space-based operations a viable, recurring long-term thing that we can actually accomplish, so Dream Chaser looks like quite the high-value package if all this comes together.

Already Dream Chaser has been dropped by NASA to run commercial delivery service services (via the CRS-2 contract – you probably heard the "CRS" period since both SpaceX and Orbital Sciences (now part of Northrop) won the first the spacecraft Dream Chaser is currently under construction and is aiming for 2021 for its first mission on NASA's behalf.