Sounds from the Milky Way 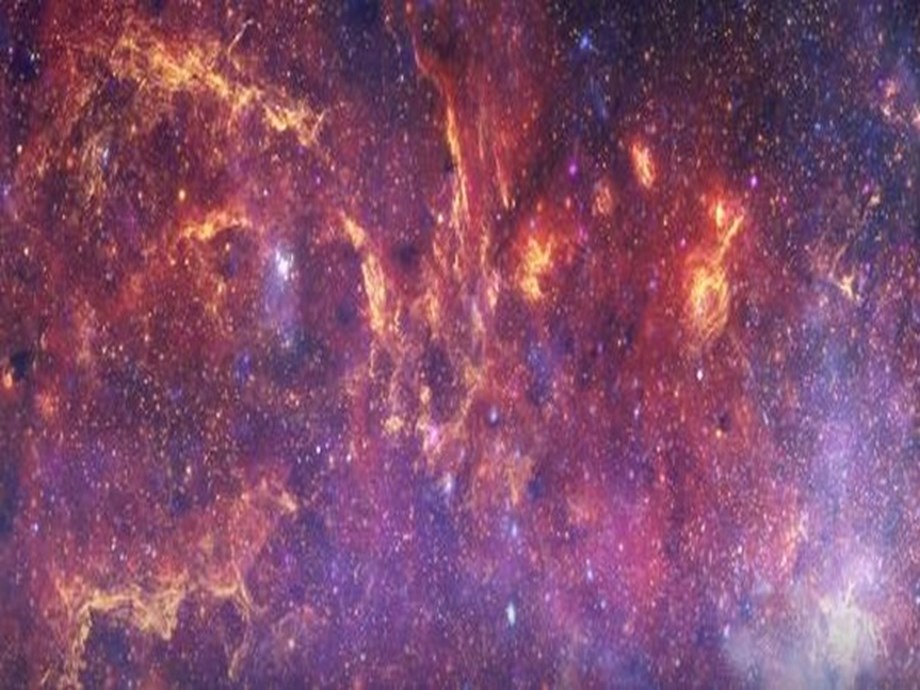 The center of our Milky Way is too far for us to visit in person, but we can still explore it. Telescopes give us a chance to see what the galactic center looks like in different types of light. By translating the inherent digital data (in the form of junctions and zeros) captured by telescopes in space into images, astronomers create visual representations that would otherwise be invisible to us. But what about experiencing this data with other senses like hearing? Sonification is the process that translates data into sound, and a new project gives the Milky Way the center for listeners for the first time. The translation begins on the left side of the image and moves to the right, with the sounds representing the position and brightness of the sources. The light from objects at the top of the image is heard as higher pitches while the brightness controls the volume.

Stars and compact sources are transformed into individual tones while extended clouds of gas and dust produce a drone in development. Crescendo happens when we reach the bright area at the bottom right of the image. This is where the supermassive black hole with 4 million solar masses in the center of the galaxy, known as Sagittarius A * (A-star), is located and where the clouds of gas and dust are the brightest. Users can listen to data from this region, about 400 light-years across, either as a “solo”

; from NASA’s Chandra X-ray Observatory, Hubble Space Telescope and Spitzer Space Telescope, or together as an ensemble where each telescope plays differently. instrument. Each image reveals various phenomena that occur in this region about 26,000 light-years from Earth. The Hubble image describes energetic regions where stars are born, while Spitzer’s infrared image shows glowing dust clouds that contain complex structures. X-rays from Chandra reveal gas heated to millions of degrees from stellar explosions and outflows from Sagittarius A *.

In addition to the galactic center, this project has also produced sonicated versions of the remains of a supernova called Cassiopeia A, or Cas A, and “Pillars of Creation” located in Messier 16. In Cas A, the sound is mapped to four elements found in debris from the exploded star as well as other high energy data. The distribution of silicon (red), sulfur (yellow), calcium (green) and iron (purple) is revealed moving outward from the center of the rest, starting from the neutron star’s location, in four different directions, with intensity again controlling the volume. There is also another version with the fifth sound path that moves along the upper left beam. In the piece “Pillars of Creation” the sound is created by moving horizontally across the image from left to right seen in both optical light and X-ray light. As with sonication of the galactic center, the vertical position of the recorded light controls the pitch, but in this case it varies over a continuous pitch range. Particular attention is paid to the structure of the pillars, which are heard as sweeps from low to high pitch and back. The two different “melodies” of optical light and X-ray light can be enjoyed individually or simultaneously.

Sound plays a valuable role in our understanding of the world and the cosmos around us. Explore how scientists use NASA’s Xandra X-ray observatory and other instruments around the world and in space to study the cosmos through sound on the Universe of Sound website (https://chandra.si.edu/sound/index.html). This sonication of the Galactic Center, Cas A and M16, was led by the Chandra X-ray Center (CXC) as part of NASA’s Universe of Learning (UoL) program. NASA’s Science Activation program strives to enable NASA science experts and to incorporate NASA scientific content into the learning environment effectively and efficiently for students of all ages. The collaboration is run by visualization researcher Kimberly Arcand (CXC), astrophysicist Matt Russo and musician Andrew Santaguida (both SYSTEMS Sound project.) (ANI)