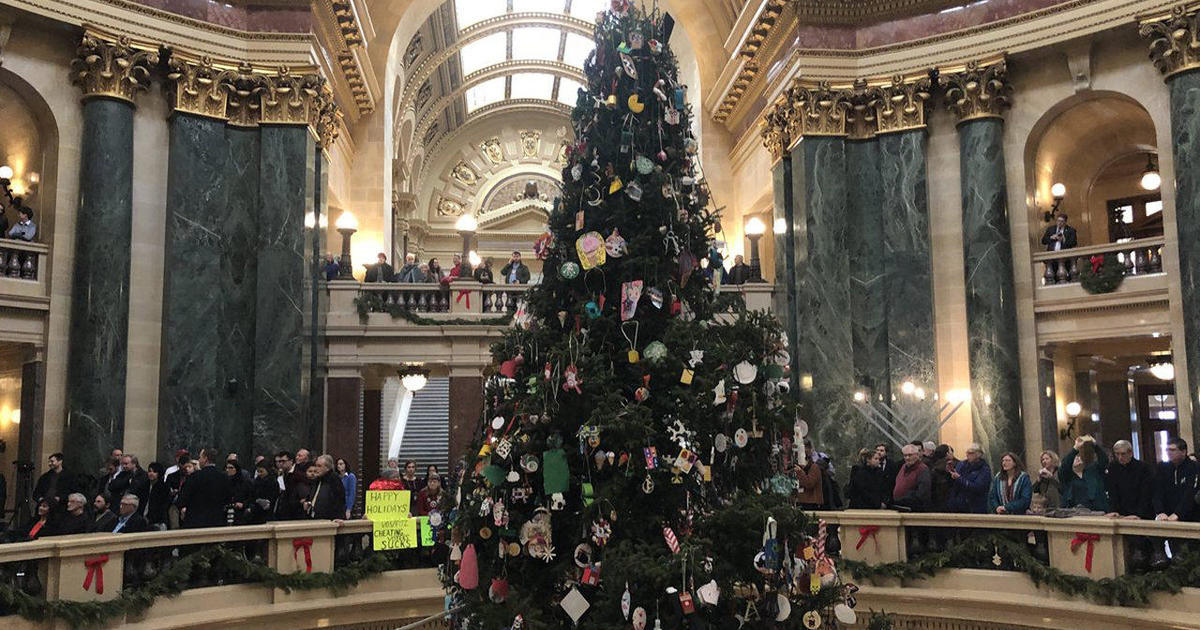 Wisconsin Governor Tony Evers has returned to call the evergreen that appears on the state Capitol a holiday tree, and turned its predecessor who declared it a Christmas tree. Former Governor Scott Walker made his displeasure known on Twitter with a comparison between Christmas trees and a Hanukkiah, the candlestick used in the Hanukkah celebration more known as a menorah.

The State Department of Administration places a huge evergreen in the Capitol rotunda every year before Christmas. The tree has been a tradition in the Capitol since 1916.

Politicians called it a Christmas tree until 1

985, when they began to refer to it as a tree to avoid perceptions that they support religion. DOA allows other groups to place screens in the roundabout as the holidays approach the end of the year, including a menorah and a Festivus post, a nod to the fictional holiday in the TV series "Seinfeld". But the controversy over what to call the tree has never really died.

In 2007, the Republican-controlled Assembly passed a resolution calling the tree a Christmas tree, but it died in the Democrat-controlled Senate. Walker, the son of a Baptist minister, explained the tree to a Christmas tree when he joined his service in 2011.

Twitter users on Friday were quick to point out that Walker did not seem particularly familiar with Jewish customs.

Evers, a Democrat, called the tree a tree on Friday. He announced that the theme of the tree will be "Celebrate Science" and asked schoolchildren to submit science-related ornaments to decorate the tree.

Evers spokeswoman Melissa Baldauff did not immediately respond to an email asking why the governor has gone back to calling trees a holiday tree.

Republican Scott Fitzgerald, the Senate Majority Leader and a 2020 congressional candidate, tweeted that Evers's move was "PC garbage. It's a Christmas tree (sic)."

Tweeted Republican Assembly Speaker Robin Vos: "We all know it's a Christmas tree no matter what @GovEvers calls it …"

Asked about his thoughts on calling the tree a holiday tree, Pastor Andrew Kurz, the Knights of Columbus The Wisconsin state chaplain, said in an email that "anyone who is destined to keep Jesus Christ out of Christmas can be considered working toward our mission, but we would forgive them with an invitation to find the way, the truth and the life that is Jesus Christ. "[19659003] On a follow-up email about Evers removing Christ from Christmas, Kurz said he was not sure what the governor's intentions are.

Annie Laurie Gaylor, co-chair of the Freedom from Religion foundation, applauded Evers's decision to rename the tree. She said the move shows that the governor is trying to be inclusive and noted that the Christmas tree is derived from pagan traditions.

She also praised Evers for promoting science and said that the real reason for the turn of the year is the winter solstice, the day in the northern hemisphere with the shortest daylight and the longest night of the year.

"So many people don't even know it means," Gaylor said.