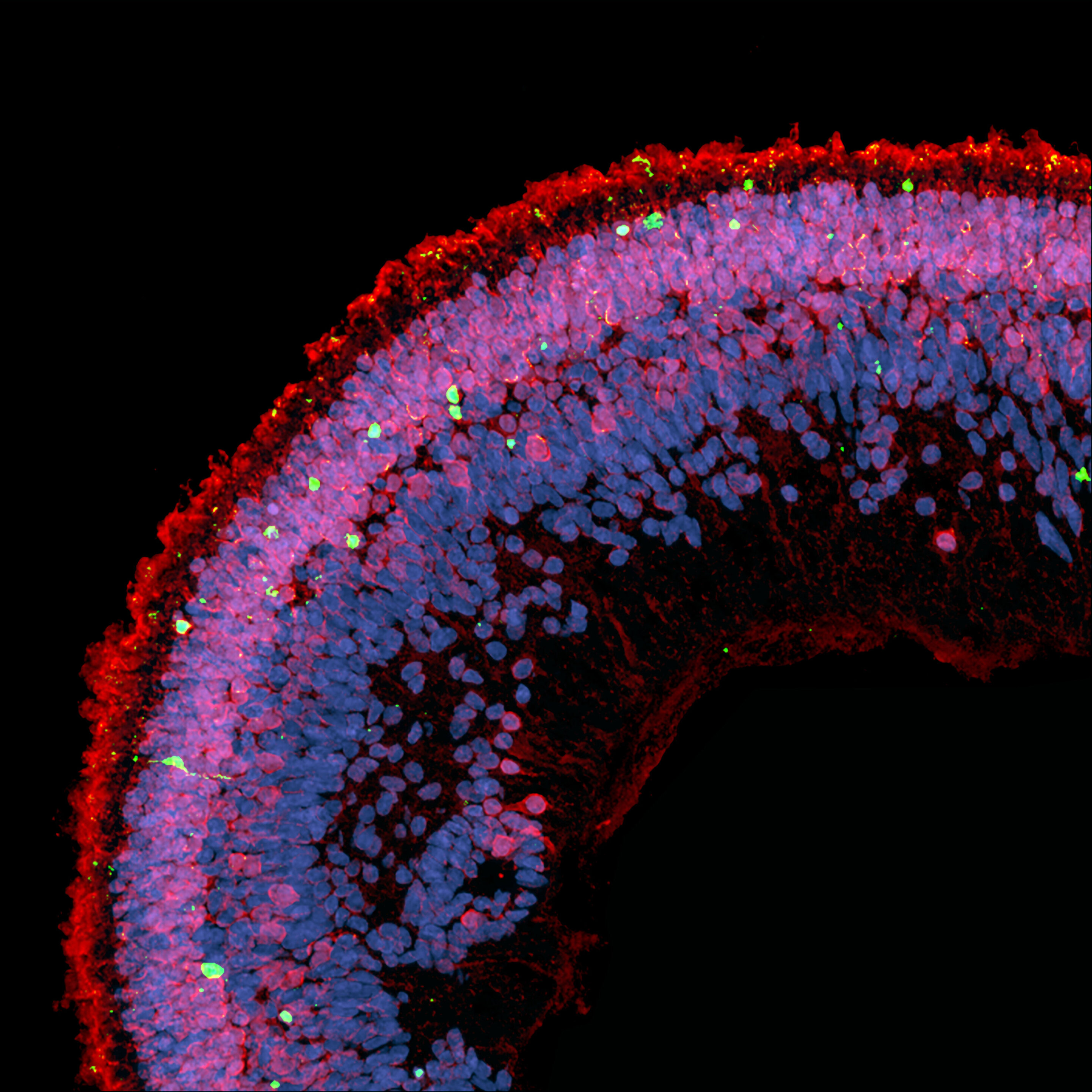 Scientists at the Lowy Medical Research Institute (LMRI) have discovered one cause of a progressive, debilitating eye disease called macular telangiectasia type 2 (MacTel). The work using genetic, clinical and biochemical studies has implications for other retinal eye diseases, as well as peripheral neuropathies.

"This is a breakthrough not just for MacTel research, but for eye, neurological, and metabolic research more broadly," said Martin Friedlander, president of LMRI, professor at Scripps Research, and senior author on the paper with Christian Metallo, an associate professor at the University of California, San Diego and Paul Bernstein, and a professor at the University of Utah School of Medicine. "This discovery was made possible only through a global network of talented collaborating physicians, scientists and patients; generously supported by enlightened philanthropists, the Lowys."

Worldwide, MacTel is estimated to affect about 2 million people, with an onset of symptoms typically occurring in the fourth and fifth decades of life. A disease of the retina, the light-sensing tissue at the back of the eye, MacTel causes those affected to experience a gradual deterioration of central vision, interfering with such critical tasks as reading and driving. There is currently no treatment for the disease.

For the last 15 years, a group of scientists has been working in a highly focused international effort to find the disease's cause and develop effective treatments. Early efforts to use genetics to determine the cause were frustrated by the disease's association with a multitude of genes.

However, a unique multi-faceted approach involving networks of patients and scientists using not only genetics but also metabolomics, suggested the disease was associated with low blood levels of serine. Serine is an amino acid used in many pathways in the body but not previously known to affect macular health.

A clue that led to this discovery came from a family that included two people affected by both MacTel and a rare peripheral neuropathy, hereditary sensory and autonomic neuropathy 1 (HSAN1), known to be caused by toxic deoxysphingolipids. The clinicians then conducted comprehensive eye exams on a group of 13 HSAN1 patients and found the majority also had MacTel.

"Deoxysphingolipids are toxic to neurons in other parts of the body, but no one knew if these lipids also play a role in eye disease, "said Marin Gantner, LMRI scientist and co-first author on the paper with LMRI scientist Kevin Eade and UC San Diego postdoctoral fellow Martina Wallace. "Thanks to clues provided by patients with both MacTel and HSAN1, we hypothesized the low serine we've seen in MacTel patients could be causing the body to make toxic lipids that damage the eye."

Biochemically, this made sense. If serine levels are low, the enzyme responsible for sphingolipid production will use alanine instead, which results in deoxysphingolipid production. The scientists expanded their research to a broad population of MacTel patients who did not have HSAN1, and found that low serine in MacTel patients is correlated with high deoxysphingolipid levels. The researchers confirmed in mice that low serine leads to elevated deoxysphingolipid levels in the blood, retina, and peripheral nerves. This affected the sensory system of the mice, reducing peripheral and retinal nerve function.

"In this case, a single biochemical mechanism causes disease in both the eye and the peripheral nervous system," Friedlander said. "We think this is an example of a new class of neurodegenerative disease that we are calling 'serineopathy,' and may have application to more common metabolic and neurological disorders."

Bringing the research back to humans, the scientists used retinal organoids made from human induced pluripotent stem cells (iPSC) to confirm that deoxysphingolipids are toxic to human retinal tissue.

The group found that adding the prescription lipid-lowering medication fenofibrate to retinal organoids that have been exposed to deoxysphingolipids protects against photoreceptor cell death. Fenofibrate has been shown to stimulate the breakdown of deoxysphingolipids.

LMRI's unique research model is at the center of these discoveries. The Institute brings together a highly collaborative group of scientists and clinicians from around the world, facilitating the exchange of information through regular meetings. Patient-based research is central to the model; the Institute supports a MacTel patient registry and coordinates access to patient-derived tissues for research. The Lowy Medical Research Institute is supported by the generosity of the Lowy family, and is an example of how philanthropy can advance rare disease research.