Scientists Detect Tone Pattern in the Ringing of a Newborn Black Hole for the First Time, Proving Einstein Right Again 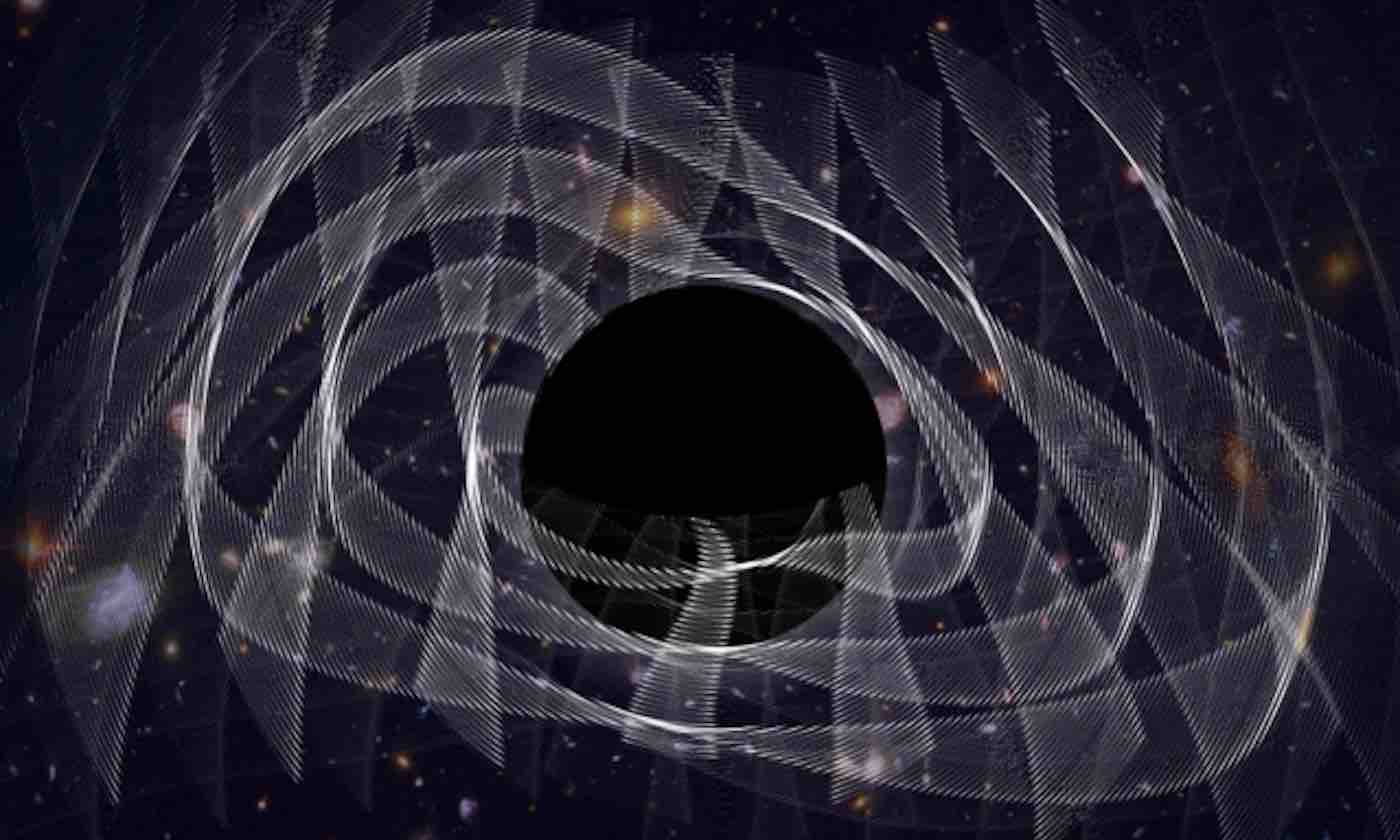 Scientists detect tones in the ringing of a newborn black hole for the first time
Results support Einstein's theory and the idea that black holes have no “hair.”
Written by Jennifer Chu
MIT News [19659004] If Albert Einstein's theory of general relativity holds true, then a black hole, born of the cosmically quaking collisions of two massive black holes, should itself "ring" in the aftermath, producing gravitational waves much like a struck bell reverberates sound waves. Einstein predicted that the particular pitch and decay of these gravitational waves should be a direct signature of the newly formed black hole's mass and spin.

Now, physicists from MIT and elsewhere have studied the ringing of an infant black hole, and found that The pattern of this ring does, in fact, predict the black hole's mass and spin — more evidence that Einstein was right all along.

The findings, published today in Physical Review Letters, also favor the idea that black holes lack any sort or "hair" —a metaphor referring to the idea that black holes, according to Einstein's theory, should exhibit just three observable properties: mass, spin, and electric charge. All other characteristics that physicist John Wheeler termed "hair" should be swallowed up by the black hole itself, and would therefore be unobservable.

RELATED : This Tasty Seaweed Reduces Cow Emissions by 99% —And It Could Soon Be a Climate Gamechanger

The team's findings today support the idea that black holes are, in fact, hairless. The researchers were able to identify the pattern of a black hole's ringing, and, using Einstein's equations, calculated the mass and spin that the black hole should have, given its ringing pattern. These calculations matched measurements of the black hole's mass and spin previously made by others.

If the team's calculations deviated significantly from the measurements, it would have suggested that the black hole's ringing encodes properties other than mass, spin, and electric charge— tantalizing evidence of physics beyond what Einstein's theory can explain. But as it turns out, the black hole's ring pattern is a direct signature of its mass and spin, giving support to the notion that black holes are bald-faced giants, lacking any extraneous, hair-like properties.

“We all expect general relativity to be correct, but this is the first time we have confirmed it in this way, ”says the study's lead author, Maximiliano Isi, a NASA Einstein Fellow in MIT's Kavli Institute for Astrophysics and Space Research. “This is the first experimental measurement that results in directly testing the no-hair theorem. It means black holes have hair. It means the picture of black holes with no hair lives for one more day. ”

WATCH : Robotic Arm Named After Luke Skywalker Enables Amputee to Touch and Feel Again -" It almost put me to tears "

4th, 2015, scientists made the first-ever detection of gravitational waves – infinitesimal ripples in space-time, emanating from distant, violent cosmic phenomena. The detection, named GW150914, was made by LIGO, the Laser Interferometer Gravitational-wave Observatory. Once scientists cleared away the noise and zoomed in on the signal, they observed a waveform that quickly crescendoed before fading away. When they translated the signal into sound, they heard something resembling a "chirp."

Scientists determined that the gravitational waves were set off by the rapid inspiration of two massive black holes. The peak of the signal – the loudest part of the chirp – linked to the very moment when the black holes collided, merging into a single, new black hole. While this infant black hole gave off gravitational waves of its own, its signature ringing, physicists assumed, would be too faint to decipher amid the clamor of the initial collision. Thus, traces of this ringing were only identified some time after the peak, where the signal was too faint to study in detail.

However, Isi and his colleagues found a way to extract the black hole's reverberation from the moments immediately after the signal's peak. In a previous work led by Isi's co-author, Matthew Giesler of Caltech, the team showed through simulations that such a signal, and particularly the portion right after the peak, contains "overtones" —a family of loud, short-lived tones. When they reanalyzed the signal, taking overtones into account, the researchers discovered that they could successfully isolate a ring pattern specific to a newly formed black hole.

MORE : With Fridges and Air Conditioners Using 20 % of World's Energy, Cheap Plastic Crystals Could Be the Answer

In the team's new paper, the researchers applied this technique to actual data from the GW150914 detection, concentrating on the last few milliseconds of the signal, immediately following the chirp's peak. Taking into account the signal's overtones, they were able to discern a ringing coming from the new, infant black hole. Specifically, they identified two distinct tones, each with a pitch and decay rate that they were able to measure.

“We detect an overall gravitational wave signal that's made up of multiple frequencies, which fade away at different rates, like the different pitches that make up a sound, ”Isi says. "Each frequency or tone corresponds to a vibrational frequency of the new black hole."

LOOK : This is the First Ever Image of a Black Hole and Scientists Are Calling It a 'Dream Come True'

They found their calculations matched with measurements of the black hole's mass and spin previously made by others. Isi says the results demonstrate that researchers can, in fact, use the very loudest, most detectable parts of a gravitational wave signal to discern a new black hole's ring, where before, scientists assumed that this ring could only be detected within the much fainter end of the gravitational wave signal, and identifying many tones would require much more sensitive instruments than what currently exists.

"This is exciting for the community because it shows these kinds of studies are possible now, not in 20 years," Isi says

CHECK OUT: Student Treks to Yellowstone and Finds Bacteria That Eats Pollution and 'Breathes' Electricity

As LIGO improves its resolution, and more sensitive instruments come online in the future, researchers will be able to use the group's methods to “hear” the ringing of other newly born black holes. And if they happen to pick up tones that don't quite match up with Einstein's predictions, that could be an even more exciting prospect.

"In the future, we will have better detectors on Earth and in space, and will be able to see not just two, but tens of modes, and pin down their properties precisely, ”Isi says. "If these are not black holes as Einstein predicts, if they are more exotic objects like wormholes or boson stars, they may not ring in the same way, and we will have a chance of seeing them."

Reprinted with permission from MIT News