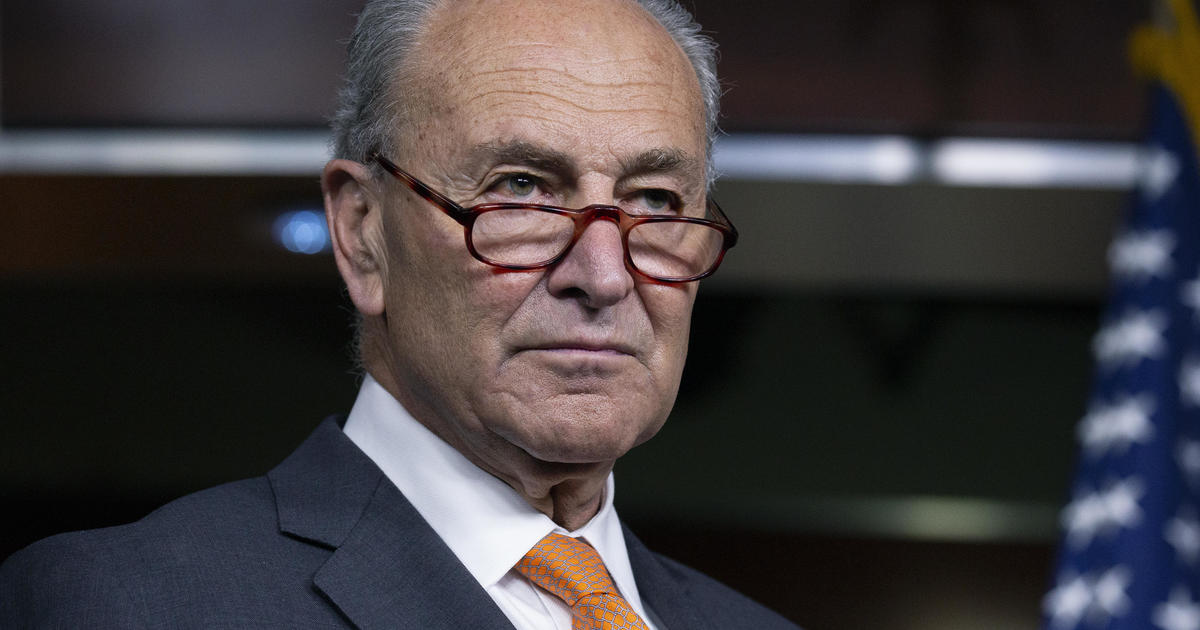 The move was intended to retaliate against Republicans, who have agreed to vote on confirming President Trump’s nominee to fill the Supreme Court vacancy left by Justice Ruth Bader Ginsburg’s death.

Under the rule, no Senate committee or subcommittee can meet after the Senate has been in session for two hours or after 2 pm The move threatened to delay a briefing on national security and a confirmation hearing for Acting Homeland Security Secretary Chad Wolf.

However, late Tuesday night a senior Democratic aide said the Democrats would not be invoking the two-hour rule Wednesday because they want the Senate Health Education Labor and Pensions (HELP) Committee to be able to hold its hearing on the Trump administration̵

7;s missteps in responding to COVID-19. They would also like a long-sought Intelligence Committee hearing to go forward.

Tuesday afternoon, Schumer had told reporters, “We invoked the two-hour rule because we can not have business as usual when Republicans are destroying the institution as they have done.”

Senate Democrats are furious that Republicans plan to confirm a new justice just a few weeks before the presidential election, when in 2016, they blocked the confirmation of Merrick Garland, nominated by President Obama to the high court in March 2016. At the time, Republicans argued that presidents should not be able to nominate a Supreme Court justice in a presidential election year. As Texas Senator John Cornyn put it in 2016, “[T]he American people deserve to have a say in the selection of the next lifetime appointment to the Supreme Court. “

Senate Democrats have few options to delay the Supreme Court confirmation process, since there are enough Republicans to confirm Ginsburg’s replacement without Democratic support. President Trump has said that he will announce his nominee on Saturday. Invoking the two-hour rule periodically may gum up the works in the Senate, but it also could prevent important meetings from being conducted.

Under the rule, committees can only meet outside its time constraints if the Senate grants unanimous consent for them to meet, the majority and minority leaders agree to permit the meeting, or if the Senate adopts a privileged motion to allow the meeting. If a meeting takes place without a committee obtaining permission, any action that it takes is considered “null, void, and of no effect.”

But committees are not without options. Once it’s invoked, a committee may reschedule its meeting to take place either before or after the Senate is in session, “early in the morning before the Senate has convened or after it has adjourned,” according to the Congressional Research Service. Another possibility is that the Senate may go into recess, so the committee to meet during the hours that would otherwise be restricted by the rule.

The election security briefing was to take place Tuesday afternoon. In a tweet on Tuesday, Intelligence Committee Chair Marco Rubio said that Schumer had a “temper tantrum” over the Supreme Court and had blocked a briefing with Bill Evanina, the official leading the nation’s election security efforts.

“Senator Rubio came to the Senate floor, explained what we were meeting on and asked for permission to meet, and he denied it. It’s just unbelievable,” Collins said.

However, Rubio indicated in a brief speech on the Senate floor that Wednesday’s briefing had not yet been formally blocked.

“We are scheduled to have the director of National Intelligence tomorrow to discuss [election security] and many more topics of great importance that I know a lot of people here have been saying we need to be having briefings over, “Rubio said.” I hope that if in fact the Democratic leader intends to object to that, we should know that today. “

Jane Chick contributed to this report.