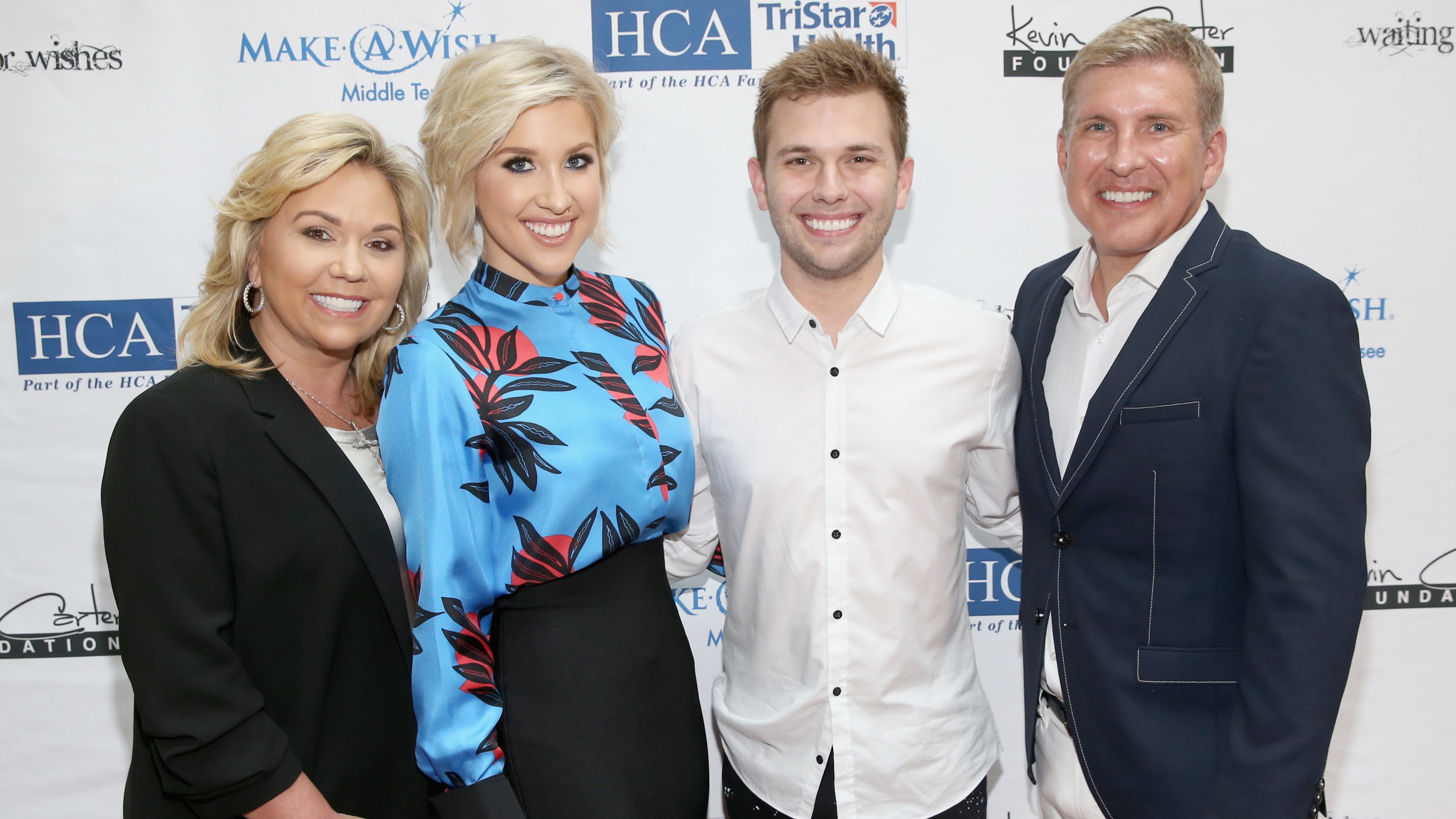 Todd and Julie Chrisley are going through a difficult time after being arrested for tax evasion and their daughter, Savannah, is leaning on God to help her through it.

The couple turned themselves in on Wednesday after they were indicted on Tuesday for allegedly committing various financial crimes.

The 22-year-old turned to social media to share her emotions.

" 'Don't be afraid or discouraged… the battle is not yours, but God's. 2 Chronicles 20:15, ”Savannah wrote on her Instagram Story on Wednesday.

The 12-count indictment details how the Chrisleys allegedly participated in tax evasion, wire fraud, and conspiracy bank fraud over a nine-year period. If convicted of all counts, the reality personalities will face up to 30 years each behind bars.

The "Chrisley Knows Best" stars pleaded not guilty on Wednesday. A judge agreed to release them on a $ 100,000 unsecured bond each. That means they only have to pay if they fail to show up for court dates.

The judge ordered them to surrender their passports and said they're not allowed to travel outside of parts of Georgia and Tennessee without letting their probation officers know where they want to be. Their lawyers had asked for travel permission so they could continue filming.

Todd Chrisley's attorneys, Bruce H. Morris and Stephen Friedberg, told Fox News in a statement Tuesday: "The allegations contained in the indictment are based on complete falsehoods. The Chrisleys are innocent of all charges. ”

On Monday night, Todd, 50, went on Instagram to write a lengthy post declaring his family's innocence. He contended that the indictment was due to a disgruntled former employee stealing from his family and trying to retaliate after being fired in 2012.

He explained that the "trusted" former employee in question committed multiple crimes, including "all kinds of really bad stuff like creating phony documents, forging our signatures and threatening other employees with violence if they said anything. "

" We even discovered that he was illegally bugged our home, ”Todd allegedly. “Needless to say, we fired the guy and took him to court – and when the real trouble started. To get revenge, he took a bunch of his phony documents to the U.S. attorney's office and told them we had committed all kinds of financial crimes. "