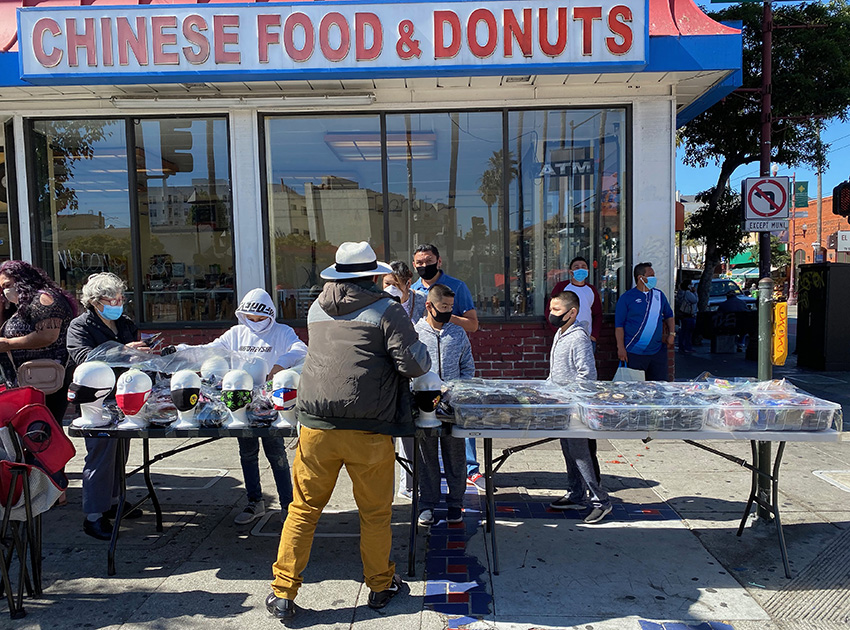 The San Francisco director of public health said at a morning press conference that cases and hospitalizations are growing in this city, and “if we do not do better, we’re looking at big problems.”

Dr. Grant Colfax went on to describe a scenario where San Francisco could have an average peak of 900 hospitalizations in early October.

“And just to put this in some frame of reference, on our last wave in April, we topped 94 cases,” he said. “The average scenario of 900 cases is almost ten times worse. And it really is not the worst case we could have had at that time; models show that we could then have thousands of hospital admissions. “

The rate of reproduction of the virus, cases, hospitalizations and how long it takes to get test results have all increased.

All reopening measures have stopped completely. And rollbacks could be in place if the numbers do not improve, he said.

Colfax started by talking about the rate of reproduction, which the city estimates at 1

“If we do not do better, we will look at big problems,” he said.

“It’s really possible if our conditions do not improve; a callback may be necessary in San Francisco and other places in the Bay Area as well,” he said.

Colfax blamed the increase on two factors – more gatherings and an increase in key workers testing positive for the virus. He said the city monitored the precautions the company is taking and urged residents to avoid large gatherings, wear masks and practice social distance.

Read an inspiring piece about Jose Montes and how he handles the pandemic.

He blamed the decline in the PPE on “increased national demand.”

The county’s nine hospitals remained able to handle any immediate force. “Right now,” he said. “We have 27 percent of our emergency beds available and 28 percent of our intensive care units available.”

In response to a question about outdoor seating and whether it should be closed, Colfax said it was obvious that indoor activities were more risky, but he said: “We want to decide if the increase is driven by outdoor seating.”

He encouraged the public to call 311 if they saw that restaurants do not follow the safety protocols to do and distance.

“We have been and we continue to be in a period of uncertainty,” he said.

We participate in these information meetings so that you can stay at home. If you do not already have it, please support Mission Local.

Mouthwash may reduce the risk of COVID-19 Coronavirus transmission