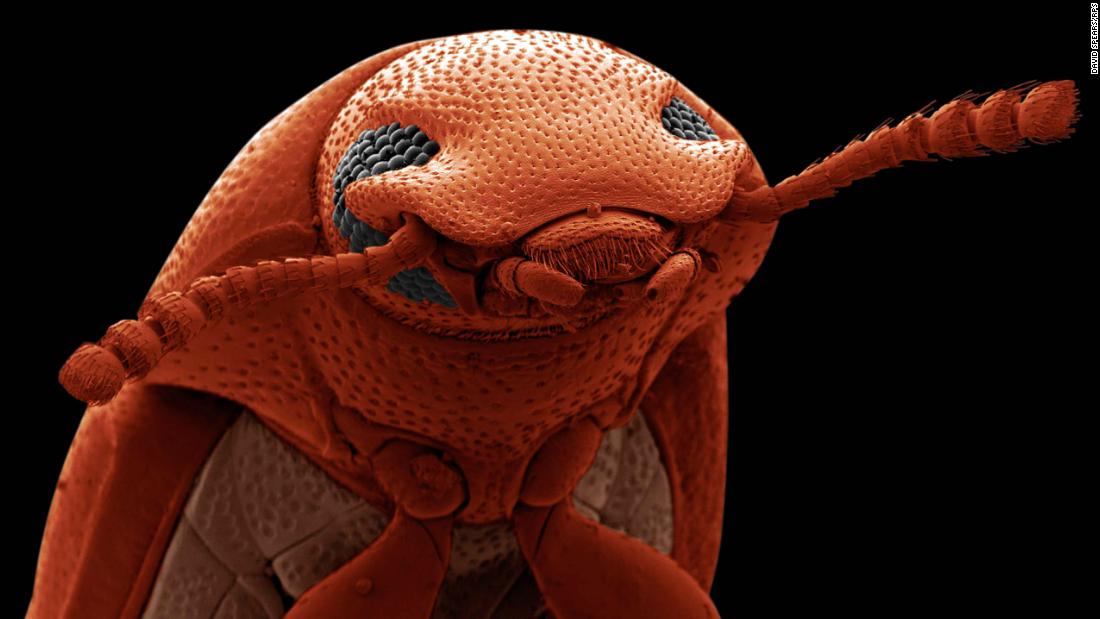 Have you ever wondered what a stag beetle looks like under a very powerful magnifying glass? Or how bubbles are formulated and structured? Maybe you are confused by the special ways jellyfish move underwater?

No? Well, even if you didn't, you don't have to. The Royal Photographic Society (RPS) has released a shortlist of spellbinding images. Everyone who is confident in making your mind wander.

Calm of Eternity by Yevhen Samuchenko was taken in the Himalayas of Nepal at Gosaikunda Lake at 4,400 meters. The Milky Way is the galaxy that contains the solar system, with the name describing the appearance of the galaxy from Earth: a hazy band of light seen in the night sky formed by stars that cannot be individually distinguished by the naked eye. Credit: Yevhen Samuchenko / RPS

In an effort to showcase the best photos of science, RPS launched this year's Science Photographer of the Year, with the shortlisted posts to be exhibited in London from October 7 to 5. January next year

Soap Bubble Structures by Kym Cox. Bubbles want to optimize space and minimize the surface area for a certain volume of air. This unique phenomenon makes them a reliable, useful tool in many research areas. Especially material science and "packaging" – how things fit together. Bubble walls are dropped under gravity, thin at the top, thick at the bottom, and disturb interfering light waves to create color bands. Black spots indicate that the wall is too thin for interference colors, indicating that the bubble is bursting. Credit: Kym Cox / RPS

Seventy images will be displayed at the Science Museum in a specially designed space, designed to give visitors time to absorb them and discover more about their background stories.

Tribolium confusum. Confused flour beetle by David Spears. This little beetle is a pest in stored grain products and flour products. The image was captured by a scanning electron micrograph and then stained in Photoshop. Points: David Spears / RPS

Safety Corona by Richard Germain. A safety pin is connected to a high voltage AC generator. The pin ionizes the air around it. When the electrons fall back on an atom, the excess energy is emitted as a photon, which generates corona glow around the pin. The fuzziness of the stick is because the camera did not actually capture reflected light on the pin but rather the light emitted by the ionized light around it. Credit: Richard Germain / RPS

The images were created using various forms of modern technology – from digital telescopes and the latest medical imaging equipment to the humble smartphone.

Mapping Oxygen by Yasmin Crawford. It was her last major project for an MA in photography at Falmouth University, which focused on researching the research behind myalgic encephalomyelitis. By exploring perspectives, complexities and scientific interdisciplinary collaborations, she says that she creates images that explain, reveal and connect us consciously to the ambiguous and unknown. Credit: Yasmin Crawford / RPS

Gary Evans, the exhibition's coordinator, said in a statement: "Science has always been integrated into photography and photography remains essential to science as a tool for research and communication. RPS is very excited to exhibit at the Science Museum, where we are confident that the images will engage, entertain and educate equally. "

Upside Down Jellyfish by Mary Anne Chilton. Instead of swimming, this species spends its time pulsating up and down in the water. Their diet is sea plankton and their color comes from the uptake of algae into the water. Credit: Mary Anne Chilton / RPS

"Since its inception, photography has bridged the world of art and science with images that spark and sate curiosity to the same extent," added Roger Highfield, research director at the museum and a competition judge. .

North America's Nebula by Dave Watson. A nebula is an interstellar cloud of dust. North America's nebula, NGC7000, is an emission nebula in the constellation Cygnus. The remarkable shape of the nebula resembles that of the North American continent, complete with a prominent Gulf of Mexico. Credit: Dave Watson / RPS