"Where did Mircea Diaconu, candidate for President 2019 disappear?" 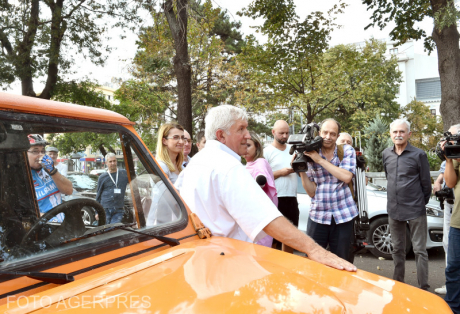 "Where did Mircea Diaconu disappear?"

This is the question many people have posed after they noticed that Mircea Diaconu, the presidential candidate supported by ALDE – Pro Romania, is absent, at last, from the political arena. Also, neither "" was seen on posters.

Mircea Diaconu, exclusive to DC News, said he did not agree to appear on posters prior to the election campaign. Why? Because it does not want to depend on the parties that support it because AEP only pays the costs of the election campaign, and it begins on October 12, 2019.

Independent candidate Mircea Diaconu, supported by the ALDE-Pro Romania Alliance, received at least 200,000 signatures needed to submit his candidacy for the presidential election this fall.

, 2019, he will go to the Central Election Committee. From that moment, Mircea Diaconu said he would come into the arena and be much more incisive.

The presidential candidate also stated that he will submit approximately 200,000 signatures. Why? "Because it is crazy to go with a million or two signatures at BEC! You ask officials to waste their time controlling them all, even though the law clearly states that it only takes 200,000 to take part in the presidential election."