Breaking News
Home / Sports / ‘U’ Cluj 3-1 Unirea Slobozia | ‘U’ Cluj turns the score and gets the second victory of the season! What does the League 2 position look like?

We watch and comment together on the coolest matches in the 2nd league at www.sport.ro and facebook.com/sport.ro.

Min 60. GOOOAAAL – Cluj! The mistake Guran made! Filip sends the ball with his head towards Slobozia̵

7;s goal and Guran intervenes, but then drops the ball in the goal.

Min 44. GOOOAAAL – Cluj! Pirvulescu shoots from inside the box and Dumbravean rejects the ball in his own goal!

Min 42. GOOOOLLL ‘U’ Cluj! Gavra scored from the penalty spot and placed the ball in the upper left corner.

11. My punishment for guests! Toma has gone down in the box after a duel with Inacio and the referee gives a penalty for Slobozia.

My 1. The game has started.

Tonight, from 19:00, the match between the University of Cluj and Unirea Slobozia ends in the 4th stage of the 2020/21 season in the 2nd league.

This will be Costel Enchee’s first match on the bench in “U” Cluj. The coach believes that the team is preparing well and is optimistic that the boys will succeed in achieving the desired result.

“I’m waiting to see a team that respects its weapon through individuality, because we have players of a certain value, players who have long confirmed in Romanian football. We have young players with an extraordinary perspective, and if the individual part is very good and the collective part, the group part, must be the same.

I want to see an organized team. This means that my players must be motivated, focused, have communication and try to react all at the same time. I expect the players to have a mental, physical and attitude startat Costel Enache.

The University of Cluj has only one victory in this new season in the second league, by winning the duel with Aerostar Bacau (1-0), but is defeated by ASU Politehnica Timisoara (0-1) and SCM Gloria Buzau (1-2).

The recently promoted Unirea Slobozia has a slightly better start to the season with 4 points. The team won in the first stage with Turris Turnu Magurele (1-0), was defeated by Concordia Chiajna (1-3) and got a draw with CS Mioveni (0-0).

The match between “U” Cluj and Unirea Slobozia is scheduled from 19:00 and will be broadcast in LIVE TEXT format on www.sport.ro. 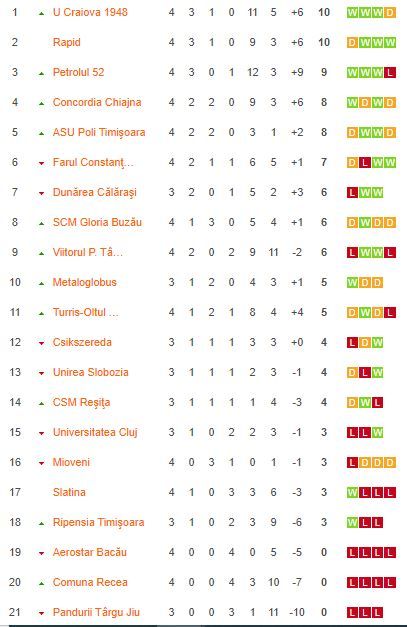 Min 73. RED for Miercurea Ciuc! This time it’s the hosts’ turn to get one player eliminated: Norbert Janos has a ruthless entrance with the sole in front of goalkeeper Avram, who needs medical attention.

Min 72. Elimination for Petrolul! Balint gets the second yellow card and implicitly the red for a foul committed.

Min 57. GOOOAAAL – Miercurea Ciuc to score! Bauza takes over inside the box, turns and defeats Raul with a shot in the long corner! 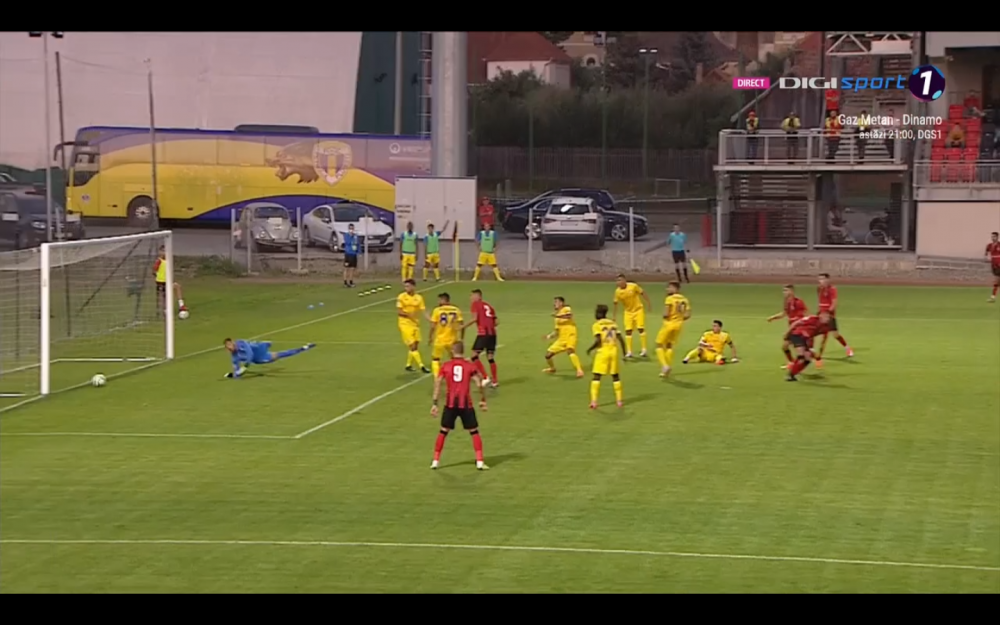 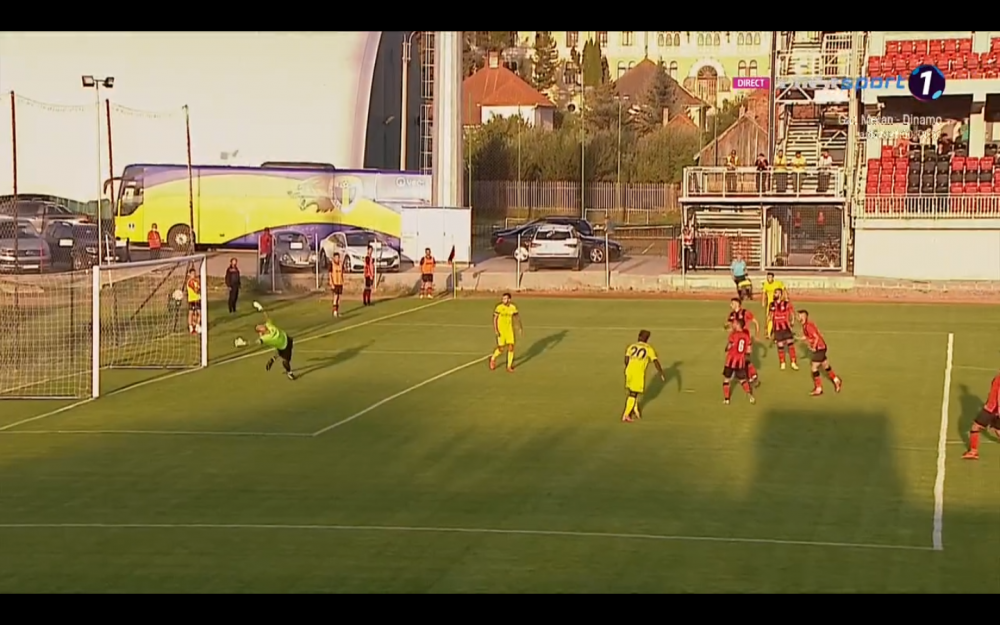 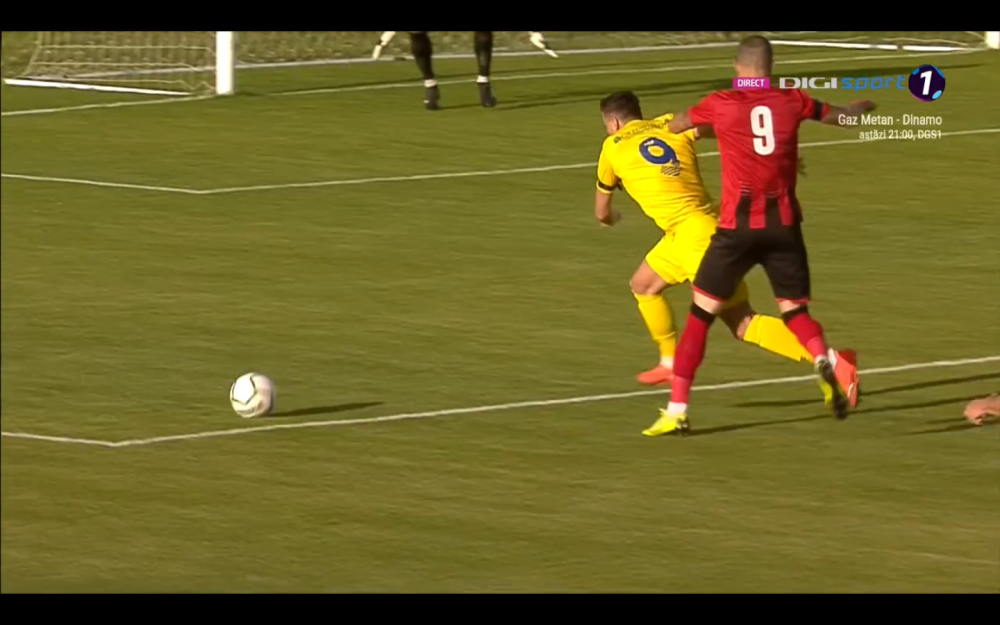 My 1. The game has started

My. 90 + 3: End of match at Tg. Jiu. Mititelu’s team wins 4-2 and is leading in the 2nd league, equal in points with Rapid, but with a better goal difference.

My. 80: GOOOL FC U Craiova! Raicea was left alone in the box, got a perfect pass and made a double in just 17 minutes after entering the field.

My. 69: GOOOL Viitorul Tg. Jiu! Serbanescu managed to double and scored with a shot from the edge of the box in the goal left empty.

My. 63: GOOOL FC U Craiova! Raicea increased the score at the first touch of the ball.

My. 45 + 2: Break in the match from the 4th stage in the 2nd league. Flavius ​​Stoican’s team missed a huge chance to take the lead in the 42nd minute, when the ball hit the crossbar, but Craiova had the most half chances, two of them fruitful.

My. 45 + 1: GOOOL FC U Craiova! Balan sends his team to the booth with the least advantage on the table after a goal with a nod after a free kick.

My. 15: GOOOL Viitorul Tg. Jiu! Serbanescu, a player from FCSB, restores equality with a strong shot sent from the edge of the box.

My. 10: GOOOL FC U Craiova! Munteanu opened the scoring inside the small square after a perfect pass from the edge of the box.

The 2nd league only schedules one match today. It’s about the duel between Viitorul Pandurii Tg. Jiu and FC U Craiova.

Craiova is undefeated in the first three stages of the new season and hopes to continue the series with positive results to secure a place at the top of the table.

On the other hand, the Gorj team has only one defeat ahead of Rapid, in the other two stages that manage to win all the points at stake.

The match between Viitorul Tg. Jiu and FC U Craiova is scheduled for 12:30 pm and will be broadcast in LIVE TEXT format on www.sport.ro.

My. 90 + 3: GOOOAAAL – Turris Turnu Magurele scores! Damascan restores equality into the box and sends the ball into the net with his head.

My. 69: Pirvulescu is eliminated after holding Pop’s shirt near the square. Oltenia ends the match with one man less.

My. 50: GOOOAAAL – Fast! Hlistei opened the scoring in the box after a pass from Goge. Rapidist has scored in all four matches so far, the 2020/21 season.

My. 45: Break at Buftea, in the derby of the fourth stage of the 2nd league.

UPDATE 12:55: The first 6 matches of the 4th round of the 2nd league have been completed. End result:

UPDATE 11:50: The first 6 matches of the 4th round of the second league reached the end of the first half. Results after the first 45 minutes:

This morning, from 11:00, the fourth stage of the second league begins. If FC U Craiova, Petrolul and “U” Cluj are scheduled for the next few days, today most matches will be played.

6 matches will take place from 11:00, and today’s derby is scheduled for 14:30. It’s about the duel between Rapid and Turris Turnu Magurele.

Giulestenii are undefeated at the start of this season and hope to continue in the same class to advance to League 1. Iencsi’s boys won over Viitorul Tg. Jiu, Pandurii Tg. Jiu and CSM Slatina.

On the other hand, Lincar’s Oltenians have only four points after the first 3 stages, and only manage to win in front of them from Pandurii Tg. Jiu and get a draw from the duel with Metaloglobus. Unirea Slobozia is the team that defeated Turris in the initial phase of the new season.

Last season, the 3 direct duels ended with two draws and one victory for Oltenia.

The match between Rapid and Turris Turnu Magurele is scheduled from 14:30 and will be broadcast in LIVE TEXT format on www.sport.ro.

The program for the fourth stage:

2nd league after the first 3 stages: