Breaking News
Home / Sports / "Then I told myself I didn't want to bury my team!"

"Then I told myself I didn't want to bury my team!" 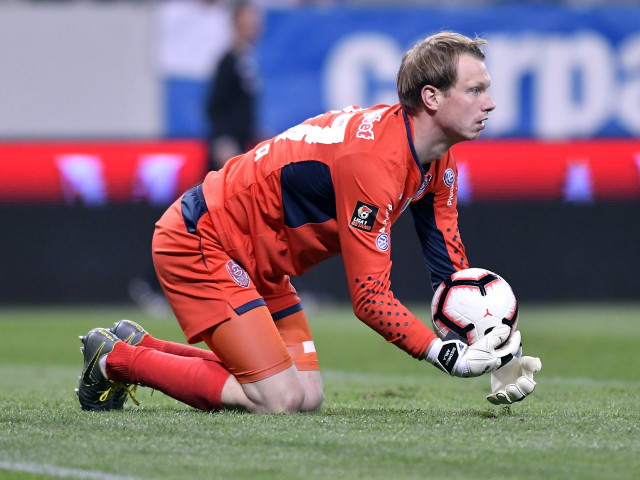 Dinamo – CFR Cluj 0- 0 | The title champion was held in check in Stefan cel Mare, in a match where the two goalkeepers were unbeatable. Although there were not many opportunities at his gate, Giedrius Arlauskis again showed his value through a few parades.

"I don't feel I'm that important, I'm just trying to help the team. I made mistakes in some games, now I'm glad I didn't score, but unfortunately we leave here with only one point. Now it's a pause, we rest, we charge our batteries and then we want to win the next match, " said Arlauskis at the end of the match.

Lithuanian goalkeeper, who made a sensation in the Europa League especially in the double with Rennes, he revealed the moment he understood that the team relies heavily on him.

"I do not know if I am at the best moment of my career, I feel really good, I came in a very good shape. More important was the match with Iasi, then I was wrong and then I said that this is not that is the case, I am not here to bury my team and since then I have changed my mind. " Arlauskis explained.

Juventus – Milan is now on Digi Sport 1. Download the Digi Online application and you can watch the game on the phone or tablet

VIDEO with the summary of the match:

Arlauskis was part of the Europa League stage [19659014] CFR Cluj is close to spring Europa League after third success in Group E – 1-0 with Rennes. It was a match where the parades of Giedrius Arlauski's surpassed the French – the Lithuanian goalkeeper was unbeatable in Gruia, and his development was rewarded with incorporation into the Europa League scene.

Arlauskis is in the company of 6 players from La Liga – 4 from Espanyol, who scored with Ludogorets, and 2 from Sevilla.