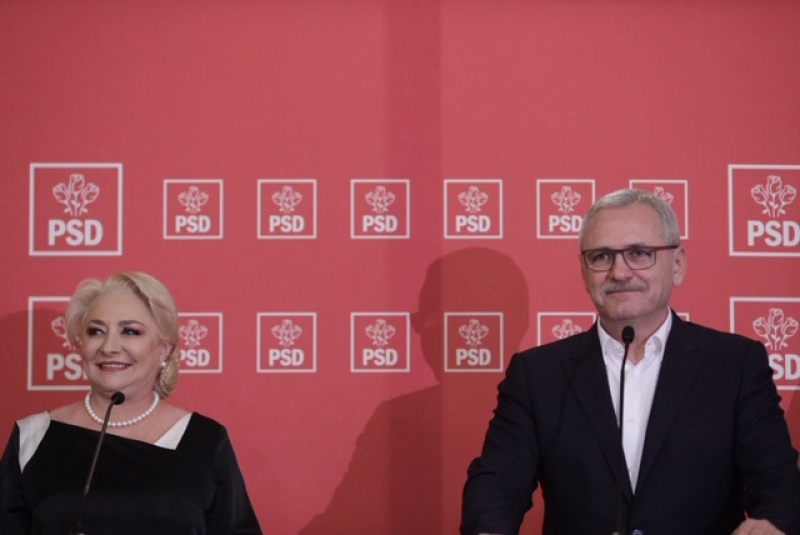 Liviu Dragnea wants to refer the Court of Justice of the European Union in the act of the Bucharest Appeal Court challenging his new PSD leadership, which was set up at the congress. The former PSD leader has filed several lawsuits, including the one with the CJEU, the next deadline is October 31. The real surprise is another: in the document filed with the CAB, Dragnea appears to accuse Dăncilă of fraud, as he would not have paid the salaries of the local assistant from the time he was a member.

Liviu Dragnea submitted to a lawyer at the Bucharest Appeal Court, where the case where the new PSD leadership has been challenged, several applications, including the one referring to the Court of Justice of the European Union (CJUE).

In this context, the Court set the following deadline for October 31

, when the speeches of the former PSD leader will be discussed.

Dragnea appealed against the decision of the Bucharest Court, which on August 9 rejected the request for intervention by the former party leader regarding the congressional decision. The PSD thus confirmed the new social democratic leadership.

Thus, the appeal was appealed before the Appeal Court in Bucharest, and the case is the object "of political changes in constitutional acts – status – governing body."

Without giving a name, Liviu Dragnea talks about a former member supported by a party, who then ran as president of that party. From that context it is understood that it was about Viorica Dăncilă. Dragnea claims that a member had a local assistant who did not pay his contributions for real wages, but only for the minimum wage in the economy. would be Adriana Botorogeanu, PSD member investigated in the file of fictitious employment of DGASPC Teleorman and sentenced after acknowledging the facts.

One of the preliminary questions with which Dragnea wants the national court to refer the CJEU is: " Regardless of whether it constitutes fraud / illegal acts harmful to national and / or economic interests, the activities generated exclusively by a Member of the European Parliament (who was previously elected on the list of a national political party) who, in his cabinet, had a local deputy, who was supposed to have paid money from the Union budget and for which the alternate, although he handed over to Parliament a copy of the local assistant's work restriction, in the country, did not declare the employee's real salary local assistant (declared only the minimum wage in the economy), so that the national budget did not reach between February 2017 – January 2018, but so far has not reached the taxes that calculated on the real salary paid by the European Parliament? "

Dragnea also establishes a causal link between the preliminary question and the current cause The Bucharest Court of Appeal:

" After January 2018, the date of the termination of the deputy mandate, that is, 29 June 2019, is the Deputy candidate for the post of President of the Political Party who previously sent him to Parliament and asks the Bucharest Court at the request of July 3, 2019 to validate his candidacy, under the conditions where he, the Deputy, has this financial behavior different from the obligations imposed by the implementing standards of the Statute for Deputies of the European Parliament and for which the sanction of art. 68 of the rules for the application of the Statute for a Member of the Parliament do not spend the money from the Union budget strictly in accordance with the rules for the application of the Statute for Members.

The amendments to the Statute voted 29.06.2019 is also a former alternate member of the European Parliament who, between February 2017 – January 2018, had as a local assistant exactly on the employees of the signed act, for which the alternate was an individual employment contract according to the model of connected local assistant, but the deputy did not explain in the country the actual salary of the employee with local termination, so for this employee did not pay the actual, mandatory contributions to the state budget. "