Breaking News
Home / Business / The great European states have begun the race to build a clean hydrogen industry, the fuel of the future. Germany wants to be a leader and France is following in their footsteps. Poland also competes

The great European states have begun the race to build a clean hydrogen industry, the fuel of the future. Germany wants to be a leader and France is following in their footsteps. Poland also competes 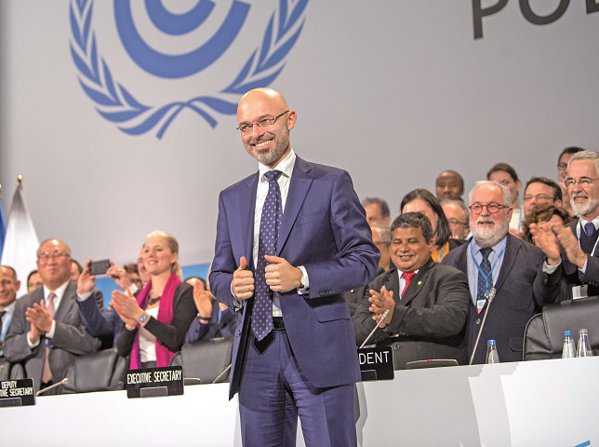 Michal Kurtyka, Polish Minister of Climate: We see that hydrogen can also be produced with nuclear energy and we see that the hydrogen economy can play an important role in the coming years, especially here in the EU, and we work side by side with other European countries and the European Commission a hydrogen sector with industry and partners in Poland.

It is non-polluting and abundant, but so far expensive to obtain. The Germans are investing heavily in it, the French have plans to produce it, and the Poles are also preparing for it to become a regular fuel. Hydrogen is considered by many to be the energy source of the future, especially in transport, and strategic thinking is now fighting for the most important role in the future industry.

Following the Fukushima nuclear disaster, Chancellor Angela Merkel decided to close all nuclear power plants in Germany. The energy deficit is covered by natural gas, which is mainly imported from Russia, a less polluting fuel than coal and which should help Europe̵

7;s largest economy in the transition to a green economy. But the spread of misunderstandings between Moscow and the various European states puts Berlin under pressure to move away from the great energy and military power in the east.

In this context, during the summer, the German government adopted a national strategy for hydrogen with plans to increase production capacity to 5 GW by 2030 and 10 GW by 2040 through clean technology. To achieve this, € 7 billion will be invested in new activities and research, according to Euractiv. When he presented Germany’s hydrogen strategy in Berlin, Economy Minister Peter Altmaier called the document

28 pages “the biggest innovation since the EEC”, referring to the package of rules governing German renewable energy sources that came into force in 2000 – the major German energy reform.

With this “quantum step”, Germany wants to become a world leader in hydrogen technology, Altmaier added. It was the first time that Germany had set quantitative targets for hydrogen production. In 2030, Germany aims to have generators with a total capacity of up to 5 GW, which corresponds to the production of an amount of hydrogen of about 14 TWh. By 2040, capacity must be increased to 10 GW.

Most of the energy needed for production comes from offshore wind farms. To date, the production of hydrogen from renewable energy sources is only possible in small quantities, in the so-called “real laboratories” where research is done on how electrolysis can be improved. Representatives of the German manufacturing industry are not impressed and say that there is currently no economically viable model for the use of pure hydrogen. They set the example of the steel industry, which is due to large amounts of natural gas – climate neutral, they claim – and for which the use of hydrogen as an energy source would be extremely expensive. The steel industry is closely linked to the automotive industry.

This month, the French government also presented its national hydrogen strategy. It plans to invest 7.2 billion euros by 2030 and a hydrogen production capacity of 6.5 GW by that date. At the same time, the National Committee H2 – the symbol of molecular hydrogen – will be set up. As part of this strategy, the Ministry of the Environment and the Ministry of Economic Affairs have published joint plans focusing on the decarbonisation of hydrogen production and the design of a hydrogen industry. The document highlights the importance of promoting the development of hydrogen-powered vehicles, such as trucks, garbage trucks, trains and – in the long term – aircraft.

In terms of the distribution of investments, EUR 1.5 billion will be spent on the construction of electrolysis plants, which will then be supplied with renewable energy.

Almost one billion euros are earmarked for the development of heavy trucks powered by hydrogen. According to the government, the goal is to create between 50,000 and 150,000 direct and indirect jobs in France over the next ten years.

The French strategy for the development of a hydrogen industry has been partly financially linked to the government’s € 100 billion plan to recover the economy from the pandemic crisis. “The aim of this plan is to emerge stronger from the crisis with a more competitive economy and low carbon emissions,” said Economy Minister Bruno Le Maire, who will chair France’s new National Hydrogen Committee. The department should permanently bring together industry and political stakeholders. Also in Germany, a new national hydrogen council will give politicians advice, according to PV Magazine. But there are major differences between the strategies of the two European economic powers. While Germany intends to produce hydrogen from renewable sources, such as wind or hydropower, France initially insists on nuclear energy, which currently accounts for 70% of the country’s energy mix. Le Maire described himself as a “nuclear advocate”. Germany plans to shut down all its nuclear power plants by 2022. Le Maire also said his country would be interested in collaborating with Germany on clean hydrogen projects, and Electric de France, a French state energy supergroup, has failed to do so. wasted time and announced a pioneering investment in the German hydrogen sector. It is a partnership for the construction of a 30 MW power plant that uses renewable sources.

The European Commission also has a hydrogen strategy, which was presented in July. It aims to increase capacity to 40 GW and generate 10 million tonnes of clean hydrogen by 2030. The EC estimates that green hydrogen by 2050 will cover 24% of global energy needs. But until then, the road is long. Currently, 96% of the hydrogen consumed comes from burning fossil fuels, according to an analysis by the Rocky Mountain Institute.

In Poland, Europe’s largest economy, PKN Orlen, a state-controlled oil and gas company, recently announced the construction of a 600 kg / h hydrogen production center in Wloclawek. The investment will be covered by issuing green bonds on the European capital market. As part of a broader energy sector reform, the Warsaw government is consulting with Japan’s nuclear energy body to build a gas-cooled high-temperature research reactor. The reactor is considered to be part of the solution for hydrogen production. “We see that hydrogen can also be produced using nuclear energy and we see that the hydrogen economy can play an important role in the coming years, especially here in the EU, and we are working side by side with other European countries and the European Commission to build hydrogen. with industry and partners in Poland, “says a statement from the Polish Ministry of Climate. Pure hydrogen, in the production process where no carbon is released into the atmosphere, is obtained by electrolysis of water with renewable energy or nuclear energy. to produce 14 TWh of hydrogen.