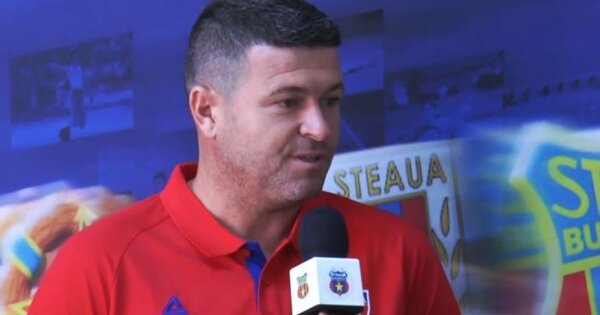 “Steaua’s current team is a little better than the team I promoted to Juventus Bucharest from League 2 in the first echelon.

For next season, we are trying to get another player who is now participating in the playoffs from “B”

;, in addition to Chipirliu and Beța, who will also play for us. And we will promote two more juniors, because in League 3 we need juniors in the team “, admitted Oprița.

CSA Steaua goes to the promotion round in League 3

As several teams involved in the League 4 play-off have announced that they will not be able to follow the medical protocol established by FRF and MTS a few days ago, the AMFB management will decide that CSA Steaua is the champion this season in Bucharest . The “military” will go straight to the dam to be drafted in League 3.

At the dam for promotion in League 3, CSA Steaua will meet, in a dam in 3 teams, the winners of League 4 from Ialomița and Giurgiu counties.

VIDEO. BOMB documents presented on GSP Live: FCSB had to be disconnected

Read other news about Steaua:

EXCLUSIVE CSA Steaua responds quickly to Rapid’s allegations: “Burqa for reading the regulations! That was the normal decision. “

EXCLUSIVELY Rapid continues the attack, after AMFB declared champion CSA Steaua: “It makes you think of other things! We will challenge the decision. “