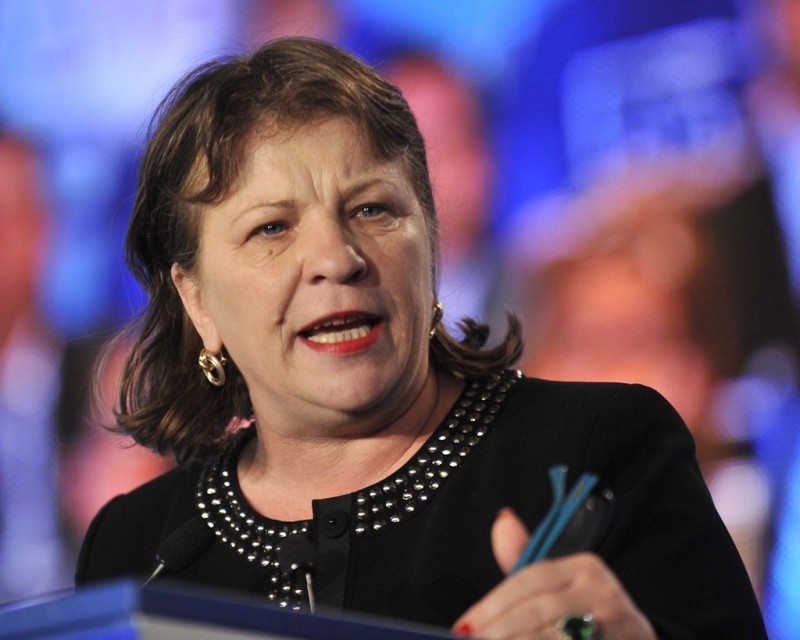 ALDE Vice President Norica Nicolai breaks down after Justice Minister Ana Birchall presented the government's amendments to tighten penalties for extremely serious acts. Nicolai claims that the PSD has not consulted ALDE about the changes, and furthermore, the coalition's decision not to promote changes in the legal field is violated by GEO.

"Prime Minister Viorica Dăncilă's decision, promoted by the Minister of Justice, to intensify the penalties for certain crimes is essentially positive. However, there are some issues that need further regulation. Firstly, I am talking about human trafficking, which is a reality that Romania is facing and which is unfortunately ignored, both in the way the state authorities, and I refer to the police and the prosecutor's office, have an obligation to investigate this professionally. work as well as in criminal treatment. I believe that there is definitely an increase in the limits on penalties here.

The proposal for an emergency regulation on conditional release practically abolishes this criminal institution and in my opinion it is clear that the solution for a European society is not the period of over-arrest, but to prevent and provide reintegration measures for persons who have committed a criminal act. , measures that have so far been completely ignored.

I do not understand why the competence in murder crimes must be to go to DIICOT, as long as we have outstanding specialists and with remarkable results in the prosecutor's office. I do not think it is a proper criminal policy measure to weaken the most important institutions that the Constitution opens in the crime. And these observations are at first glance, generated by the public presentation of the ordinance by the Minister of Justice.

Second, in ALDE's view, the rule of law, when the citizen is consulted on a criminal policy measure by referendum, means respecting the will of the citizens. The Romanians made a final decision on May 26 and do not understand why President Klaus Iohanns, the initiator of this referendum, but the government also chooses to ignore this will. In my opinion, the President would have been the first to respond to these proposals. I wonder why he doesn't. Or for Mr. Klaus Iohannis was the will of the people just election support at the right time and so?

Last but not least, I raise a collaboration problem at the coalition level. I expected, at the discussion of the last days of the coalition meeting, we expected to present these measures to us, to discuss them and not find them yesterday from a conference, neither she nor a minister. Is this the explanation for this situation that one of the parties to this coalition decided to break what we, immediately after the May 26 referendum, have undertaken to respect, as a result of the explicit will of the Romans, not to intervene in any form by emergency regulations on the legal field? ”Writes Norica Nicolai.

“We continue what we started”