Breaking News
Home / Romania / New variants on the list of the government Ludovic Orban; possible merger with PMP after the presidential election

New variants on the list of the government Ludovic Orban; possible merger with PMP after the presidential election 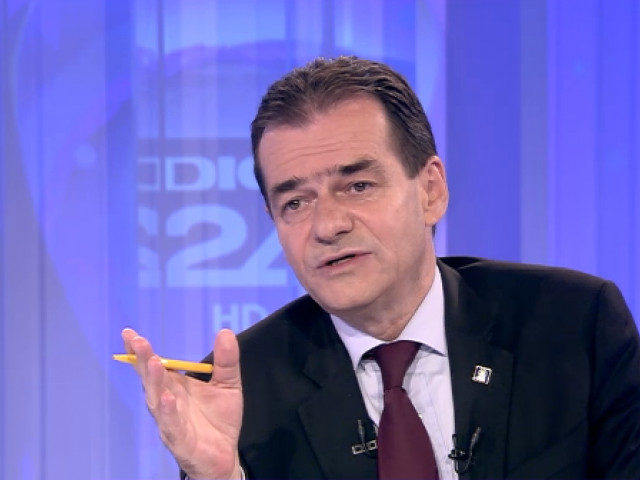 Digi24 has acquired a new list of possible ministers for the future Orban government. Among them, at the Ministry of Justice, Ioan Cupșa is ranked with the highest chances, and Raluca Turcan can get a ministry besides the official as prime minister. It is the freshest information from the PNL camp, after the prime minister, Ludovic Orban, discussed for three hours on Saturday with President Klaus Iohannis.

When Ludovic Orban made the list of ministers and presented it to the Romanian president three variants had gone before each ministry, and now favorites are starting to emerge.

Regarding the Ministry of Health several days in a row talked about Vasile Rîmbu, head of the county hospital Suceava. Also on the list was a doctor from Sibiu, Victor Costache, but at the moment it seems that the Liberal President would have decided that the greatest chance of being appointed Minister is Horațiu Suciu a cardiologist in Târgu-Mureș .

In the Ministry of Justice there were also three variants: the deputies Ioan Cupșa and Gabriel Andronache and the president of PNL Sector 5, Cristian Băcanu. The Deputy Ioan Cupșa, would have the greatest chances, while Gabriel Andronache could be appointed Secretary General of the Government.

9659002] Regarding Raluca Turcan, the PNL president would have gone during the first few days on the possibility of not inserting the executive "heavy" names into the party, given the inheritance they receive from Social Democrats for this executive and the "settlement" as then he would have to pay it. Now, Raluca Turcan would be on the Orban government's list, either as Deputy Prime Minister without a portfolio, or nominated for the leadership of a ministry.

Ludovic Orban prepares a strategy against a possible PSD boycott during the appointment of the future government. The appointed prime minister is preparing for a series of obstacles from the Social Democrats. However, Ludovic Orban hopes that he will present the composition of the new government in the coming days. The consultations and negotiations will continue next week, and the first on the list are representatives of civil society.

The USR raises the biggest questions for the liberals

Currently, if we take into account the public statements of the other political leaders, the liberals would have no chance of leaving their government through parliament. The biggest problems would be PNL with those from USR, opposition partners. According to Digi24, President Klaus Iohannis would have told the Liberals at Saturday's meeting that not everything is won, "not falling asleep" and being very careful about the USR, as they would be – may have trouble voting. Not necessarily because they will not support the government, but not all USR MPs may be present, or this is crucial.

In a discussion with the President of Romania, Ludovic Orban recalled that the government program envisages enlargement (19459007). minimum wage as of next year and I also want to continue to comply with all the provisions of current legislation, namely to raise the pension point from 1 September .

In the chapter on future plans there would be a possible merger with the People's Movement Party. This variant is not excluded, but Ludovic Orban does not consider it until after the presidential election.