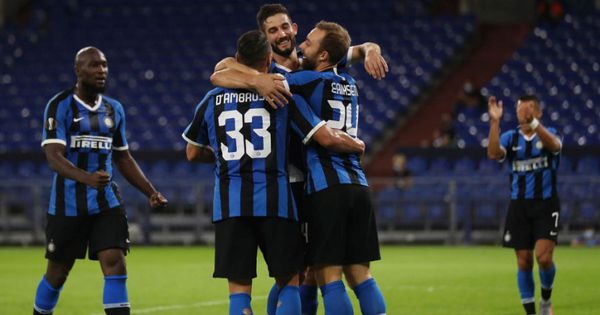 Copenhagen confirmed the victory in the round against the champion in Turkey and definitely won in the second round, 3-0. The same score was noted in Ukraine in the match Shakhtar – Wolfsburg 3-0, which had a completely different result.

The team prepared by Luiz Castro scored all three goals at the end of the match, two even Junior Moraes, the former player of Gloria Bistrita.

Manchester United had no feelings about qualifying, after 5-0 in the round. Although “Devil”

; got a goal in the 55th minute from Wiesinger, Lingard quickly restored equality.

Tonight’s match is undoubtedly Inter – Getafe, whose fate was decided in a single round. Nerazzurri opened scpr through Lukaku, in the 33rd minute. The guests’ biggest chance was wasted a quarter of an hour before the end. Molina missed a penalty by referee Anthony Taylor with VAR. He had the last word on the San Siro game Eriksen, through its goal ’83.

When the decisive matches in the Europa League are played

Great news for the Duduianu clan. “King Piano” is not dead