Breaking News
Home / Sports / CSM Bucharest, unrecognizable in the return with Esbjerg! "Tigroaicele" was defeated in "Polyvalent" and will have a much more complicated life in the Champions League

CSM Bucharest, unrecognizable in the return with Esbjerg! "Tigroaicele" was defeated in "Polyvalent" and will have a much more complicated life in the Champions League 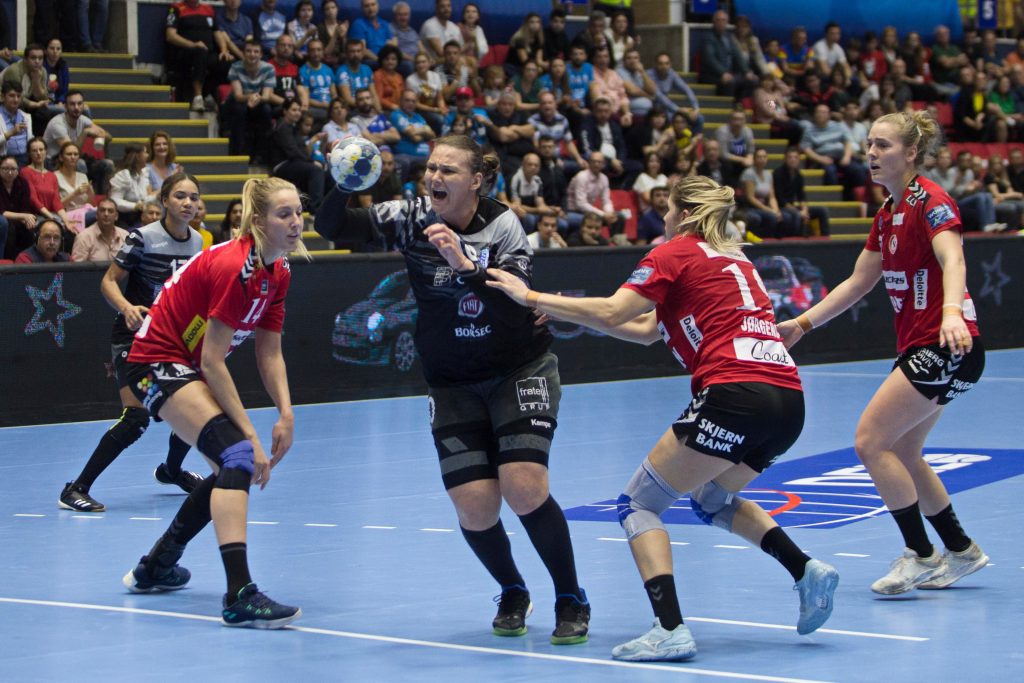 CSM Bucharest played a poor match with Team Esbjerg and was beaten 25-21 in a fifth stage match of the Women's Handball Champions League. It is also the first defeat he suffered with Adrian Vasile on the technical bench in the position as head coach.

CSM Bucharest has gone bad from the start despite Cristina Neagu and Andrea Lekic being on the ground for the first minute. . Esbjerg placed in front of the host's offense a defense of 5 plus 1, which made them uncomfortable with the Tigers. The game was not tied, the integers could not be valued, nor was the employment of the pivots employed. On the contrary, most errors were made in the pivot game. All in all, the attack was unstoppable, many actions were predictable and easily annihilated by Esbjerg.

The Danish champion took the lead after the first 10 minutes and led 11-6 in the 23rd minute. Adrian Vasile had to request twice time-outs to solve the problems. After the second, the coach decided to play 7 against 6 in the attack, CSM Bucharest also used some eliminations in the opposite camp and in just 5 minutes restored the equality, 11-11. It was the grace period for the Dragana Cvijic pivot, but also for the Bucharest team in this game. At the break, Esbjerg used the booths 13-12.

The problems were not solved even in the second half. CSM Bucharest continued to lose the ball on the treadmill and in defense, Polman and especially Breistol could not be stopped. Jelena Grubisic was the only one to notice. Through her parades, the Croat managed to keep the scoreboard in the "roll" until the end, when Esbjerg again took a lead of 5 goals (25-20). The bad part is that the hosts were also injured, Elizabeth Omoregie, who in the first part managed to resolve certain measures individually and at the same time to score two goals with an empty goal.

In the end, CSM Bucharest was severely punished by Esbjerg after the stupid game, with 25-21 and took the face in the rankings for the Main Round.