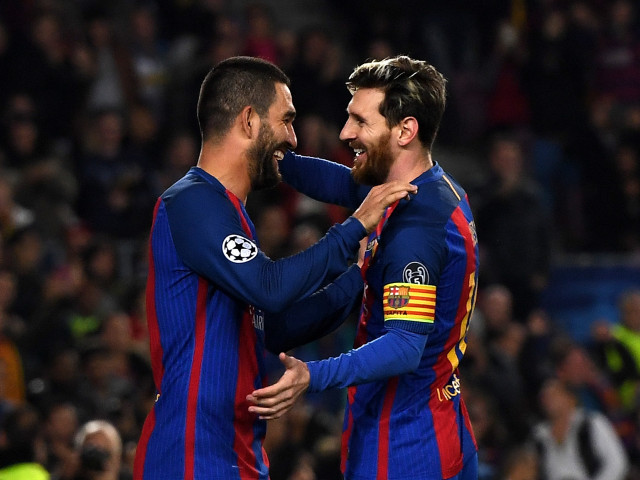 Summer 2015, Arda Turan arrived at the Camp Nou as a big star. The Catalans paid 34 million euros for their transfer from Atletico Madrid, but could not use the Turks until the return of that season, due to the ban on transfers from Barcelona which was still in force.

Unfortunately, Arda’s move to the “Blaugrana” group was not happy for the Turkish midfielder. During the first three seasons, Turan collected only 55 games in the Barcelona shirt, in all competitions and scored 15 goals. 2018 Catalans they borrowed it for two and a half seasons, in Basaksehir, and at the beginning of this year Arda Turan unilaterally signed his contract with Barcelona.

The midfielder’s save with 100 matches in the Turkish national team came from the team where he trained as a football player, Galatasaray. The group “Cimbom” announced that Arda Turan will be part of Fatih Terim’s team from next season.

Your cookie settings do not allow the contents of this section to be displayed. You can update the settings for the cookie modules directly from the browser or from here – you must accept social media cookies

In recent years, Arda Turan has “played” more off the field

Turan also did not live up to expectations in Basaksehir. During the two years spent on the champion in Turkey, the midfielder captured only 39 matches, most of them from the reserve position and scored 2 goals. In 2019, the Turk was sentenced to 2 years, 8 months and 15 days in prison, with suspension, after a scandal. Arda Turan was accused of firearms, possession of unlicensed firearms and bodily injury.

Jonathan Barnett, Gareth Bale’s manager, has no mercy with Real Madrid after the Welshman arrived at Tottenham

A midfielder from the University of Craiova wants to leave Bănie. What would upset him and where he would end up