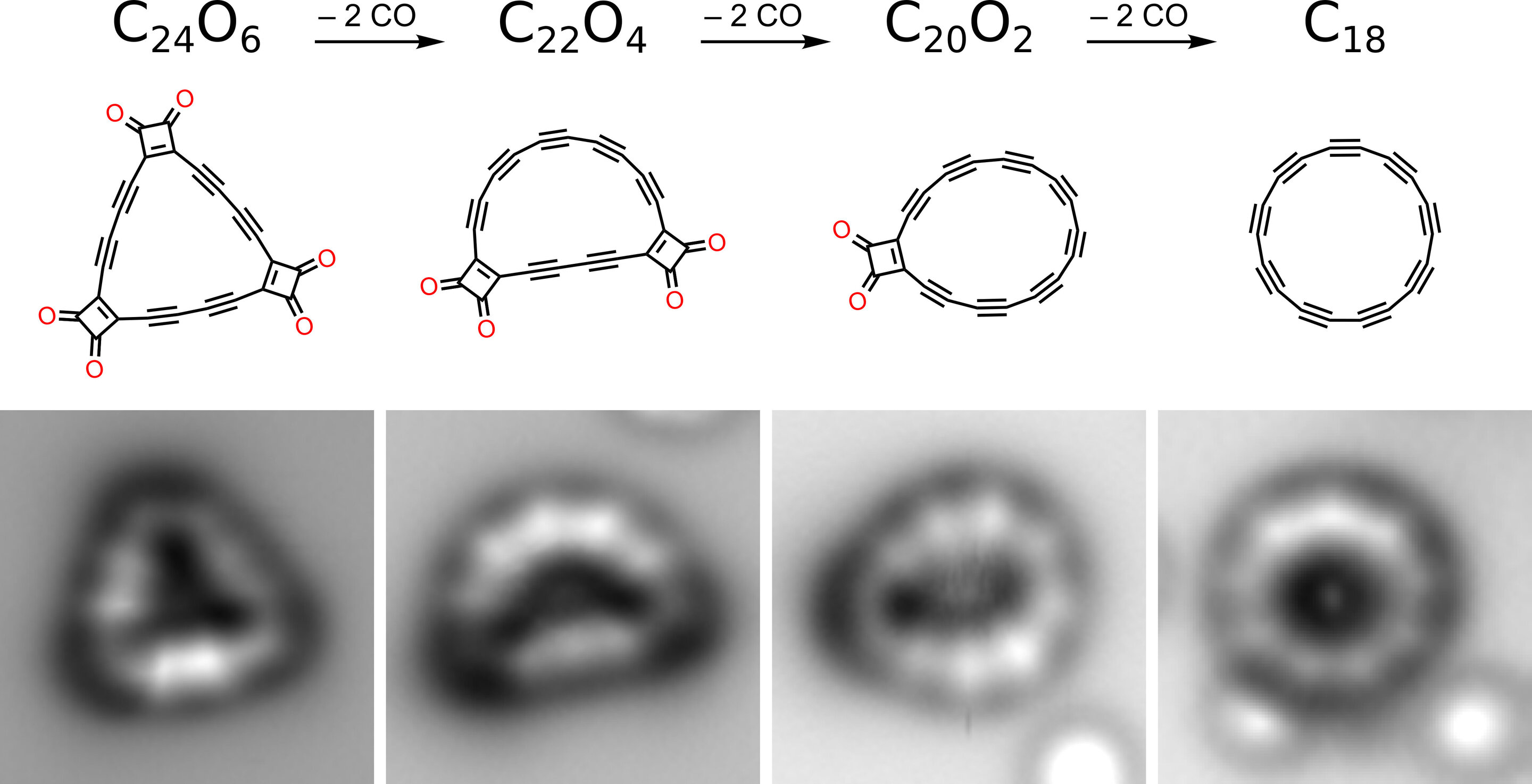 A team of researchers from Oxford University and IBM Research has for the first time successfully synthesized the ring-shaped multi-carbon compound cyclocarbon. In their paper published in the journal Science the group describes the process they used and what they learned about the bonds that hold a cyclocarbon together.

Carbon is one of the most abundant elements, and has been found to exist in many forms, including diamonds and graphene. The researchers with this new effort note that much research has been conducted into the more familiar forms (allotropes) of how they are bonded. They further note that less well-known types of carbon have not received nearly as much attention. One of these, called cyclocarbon, has even been the topic of debate. Are the two-neighbor forms bonded by the same length bonds, or are there alternating bonds of shorter and longer lengths? The answer to this question has been difficult to find due to the high reactivity of such forms. The researchers with this new effort set themselves the task of finding the answer once and for all.

The team's approach involved creating a precursor molecule and then whittling it down to the desired shape. To that end, they used atomic force microscopy to create linear lines of carbon atoms atop a copper substrate that was covered with salt to prevent the carbon atoms from bonding with the subsurface. They then joined the lines of atoms to form the carbon oxide precursor C 24 O 6 a triangle-shaped shape. Next, the team applied high voltage through the AFM to shear off one of the corners of the triangle, resulting in a C O 4 shape. They then did the same with the other two corners. The result was a C 18 ring — an 18-atom cyclocarbon. After creating the ring, the researchers found that the bonds holding it together were the alternating long- and short-type bonds that had been suggested previously.

The researchers note that their technique allows for further experimentation — they could try fusing cyclocarbons, for example, to create new kinds of molecules and, by extension, materials. They further note that the technique also opens the door to the creation of new types of electronics based on single-electron transfer.