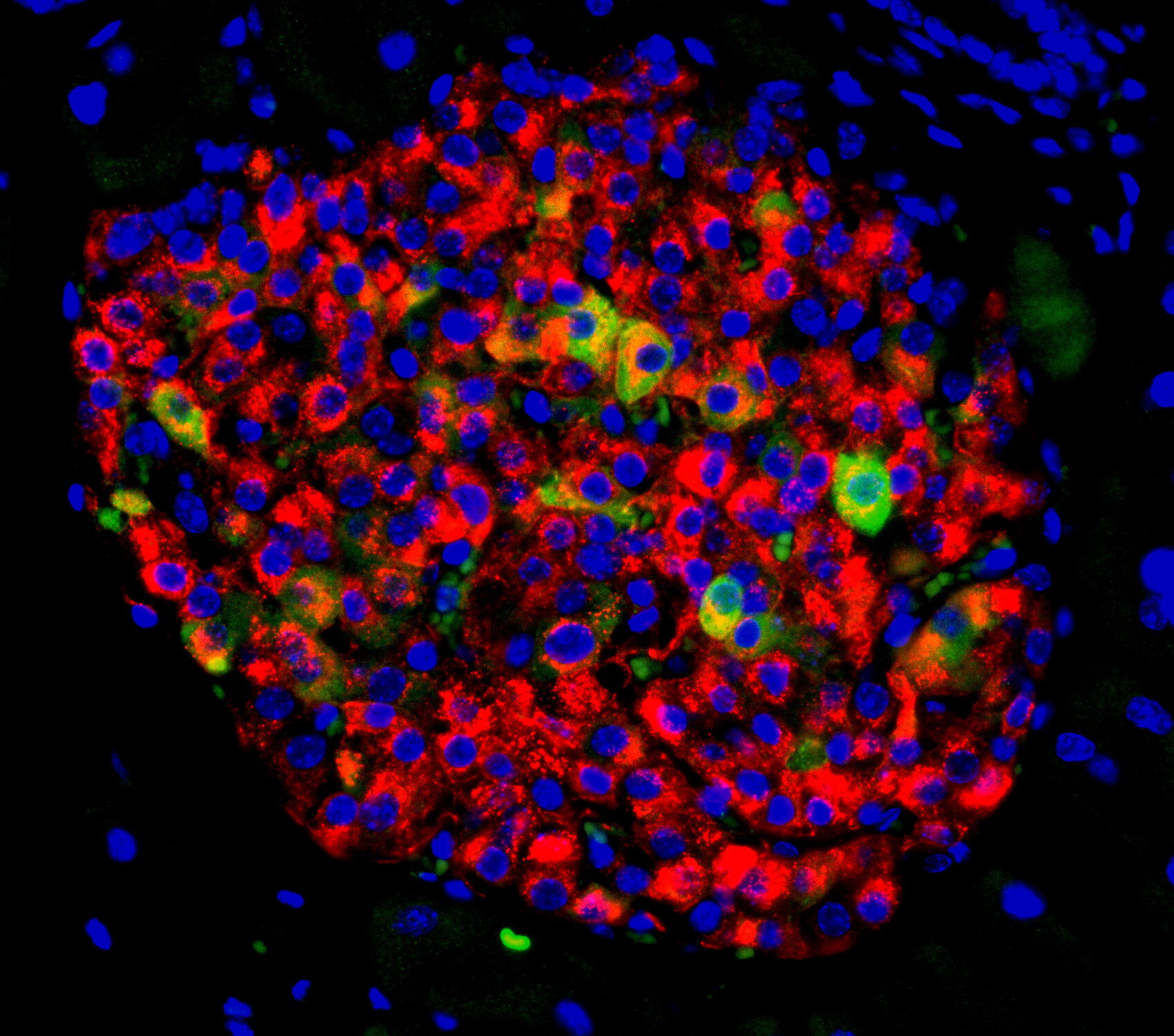 The protein adipsin, which is produced in body fat, helps protect insulin secreting cells called pancreatic beta cells from destruction in type 2 diabetes, according to a new study by researchers at Weill Cornell Medicine and the New York Presbyterian. Among middle-aged adults, higher levels of the protein in the blood were also associated with protection against type 2 diabetes.

The study, published November 7 in Nature Medicine may have implications for the future development of type 2 diabetes treatments targeting and protecting beta cells.

"A major problem associated with type 2 diabetes is that beta cells stop functioning properly and fade away," says senior author Dr. James C. Lo, assistant professor of medicine and pharmacology at Weill Cornell Medicine and a cardiologist at NewYork-Presbyterian / Weill Cornell Medical Center: About 30 million people in the United States have diabetes, and up to 95% of these individuals have type 2 disease, where the body stops responding to insulin and pancreatic beta cells slowly stop producing enough of it.

the currently available drugs that target beta cells have side effects, such as lowering blood glucose levels, Dr. Lo said, and there are no proven treatments to prevent beta cell loss. People with type 2 diabetes whose beta cells do not work properly inject insulin to keep blood sugar levels stable.

The team, which included laboratory researchers Ies to Dr. Mingming Hao, Noah Dephoure and Dr. Lukas Dow at Weill Cornell Medicine, knew that adipsin had a role in stimulating beta cells to secrete insulin and theorized that the protein could be a potential therapy for type 2 diabetes.

To explore this theory, the researchers first conducted a study in which they increased levels of adipsin in mice with type 2 diabetes. They found that adipsin had a long-term positive effect on diabetes, improved blood sugar and increased insulin levels while helping to prevent beta-cell death. "Our findings in mice showed that more adipsin in the blood translated to better diabetes control," Dr. Lo.

Dr. Lo and his colleagues at the Icahn School of Medicine at Mount Sinai also studied human beta cells in their laboratories and determined that adipsin activates a molecule called C3a, which protects and supports beta cell function. They also discovered that C3a suppresses an enzyme called Dusp26 that can damage beta cells and cause them to die.

"I hope that both adipsin or DUSP26-targeted therapies can prevent type 2 diabetes patients from developing beta-cell defects and from requiring insulin injections for their treatment," said lead author Dr. Nicolás Gómez-Banoy, a postdoctoral fellow in Dr Lo & # 39; s laboratory.

To gain a better understanding of how adipsinmight can affect the health of people in the community, the team worked with researchers at Harvard Medical School and Massachusetts General Hospital to evaluate 5570 individuals who participated in the Framingham Heart Study, an ongoing cardiovascular study conducted in Massachusetts.

In addition, adipsin levels correlated with the amount of subcutaneous fat stored just under the skin, rather than visceral fat, stored in the abdomen. "Most people think that fat is associated with something bad, but it's more complicated than that," Dr. Lo, who is also a member of the Weill Center for Metabolic Health and the Cardiovascular Research Institute at Weill Cornell Medicine. "Subcutaneous fat is more benign or even protective compared to visceral fat."

Dr. Lo and his research team are currently investigating whether targeting and inhibition of DUSP26 production in beta cells may be a possible pathway for drug development.

"We hope this can be a new treatment option," Dr. Lo.

Teenage in Georgia confirmed death to coronavirus in the state