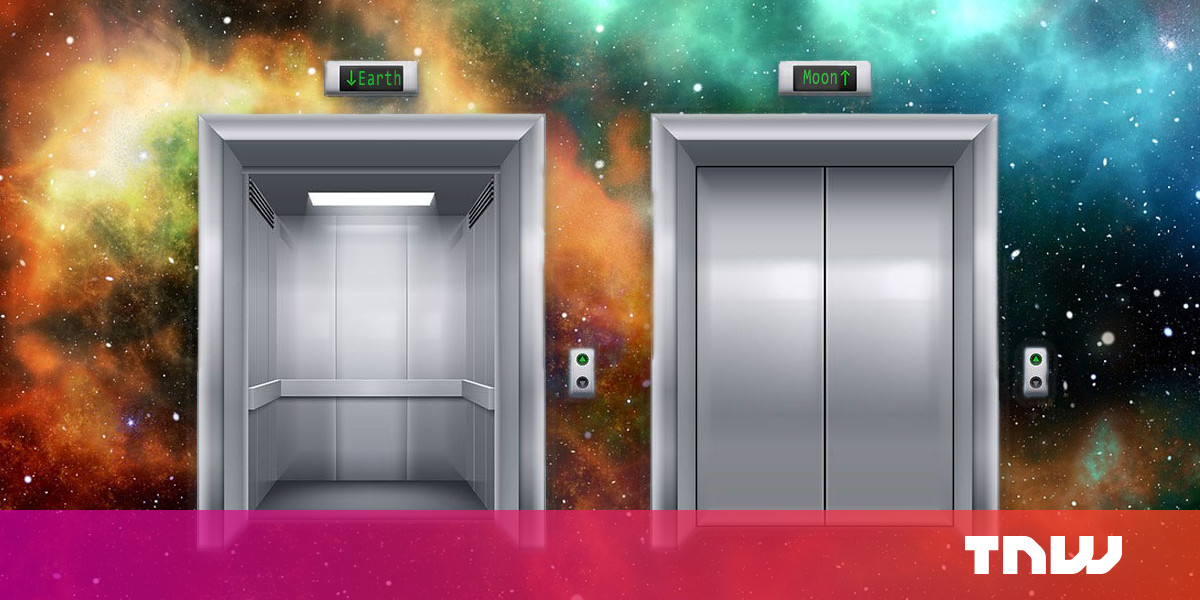 It's not really a "Stairway to Heaven", but scientists have come up with what seems to be a fully feasible plan to build an elevator to the moon. Or more precisely, a Spaceline from the moon to the earth.

In a paper published in late August, astrophysicists Zephyr Penoyre and Emily Sandson of the University of Cambridge and Columbia University, respectively, describe a method for building a 322,000-kilometer (200,000-mile) cable anchored to the moon and dangling across space in Earth's gravitational field.

Before we go into how, let's talk about why we want to build an elevator to the moon. The simplest answer is that it is incredibly cost-effective. According to an Observer report, the lead author of the Penoyre study said that construction costs could be estimated as "within the reach of a particularly motivated billionaire."

Once designed, Spaceline would work with cheap, powerful solar energy. We could move deliveries back and forth to the moon at a fraction of the cost it would incur under the current spaceship-to-space-to-moon paradigm. That's not to mention the difficulty of achieving a straight and soft landing on the moon ̵

1; as evidenced by the recent crash that left doomed tardigrades stranded on the Lunar surface.

Given the US government's plan to set up shop on the moon to begin arranging crew missions to Mars, it is likely that the orbits between our planet and its satellite will soon become both incredibly crowded and very lucrative. A space elevator would be revolutionary.

The elevator-to-the-moon idea is not fresh, it is an old science-fiction-based theory. Originally, it was about tying a length of the cable made of nanofibers (which so far is technically impossible) to a counterbalance in the earth's gravity and then stretching it out towards the moon.

Penoyre and Sandson believe that this will not work with today's technology. As they write in their study, it is simply not possible to build a cable sufficiently strong at such astronomical lengths to withstand Earth's gravity:

Classic space lifts are supported by centrifugal forces and therefore require a large counterbalance in addition to geostationary orbit to counteract earth's gravitational pull. These competing forces put the cable in a large amount of voltage, and even when the cable has a tapered profile (which minimizes the voltage), there is a large weight of the cable near the earth that experiences enormous gravitational forces.

For decades this seemingly insurmountable problem, the research stopped to the point where "someday we will have the material to do this" seemed to be the ultimate feeling when it comes to the construction of a space elevator. And then Penoyre and Sandson turned the script.

They did the math and decided that anchoring space to the moon and letting it dangle in the earth's atmosphere would make it possible with currently available materials. They wrote:

A cable that just hangs in the earth's gravitational source need not be thick or massive. It is optimal to make it as thin as possible as it extends closer to the earth. This means that the gravitational forces the cable feels, and thus the voltage, is greatly reduced.

The most amazing thing about this idea is that it seems obvious now that a law has passed all the trouble with pushing the numbers. According to their essay, Penoyre and Sandson actually seem to believe that we have shot our feet in the decades by not seeing this solution before:

We present the derivations here as a complete stand-alone mathematical and physical description of the concept, one that we and writers before We have been surprised to find that it is extremely plausible and may have been overlooked as an important step in the development of our capacity as a species to move within our solar system.

Spaceline, which has foreseen the potential to launch humanity into a new era of prosperity. It is not just a lift to the moon – it can be the extraterrestrial equivalent of the advent of railroad technology.

How to look at the “strawberry moon” eclipse anywhere Friday