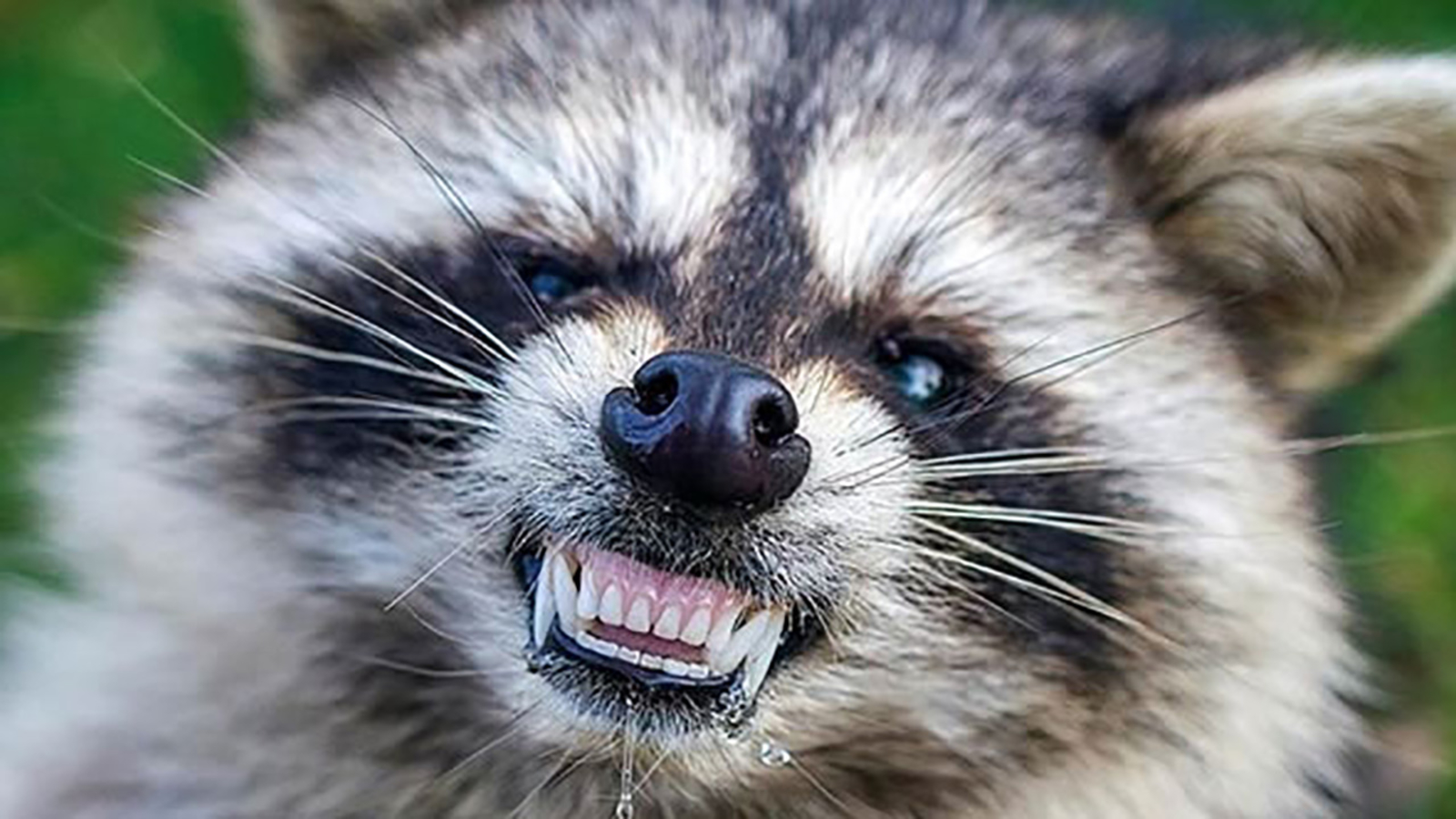 The raccoon first attacked an 84-year-old woman at the corner of Halstead and Madison avenues around 2:30 p.m. Authorities say it then bit a 75-year-old man around the same area before attacking a 34-year-old man in a nearby backyard.

The final victim's father killed the raccoon with a large iron rod and called police. [19659003] The second victim, Frank Maida, was gardening when his day took a sudden turn.

"All the sudden, I heard a squeak behind me, like a squeal," he said. "I turned around, and it was this raccoon. So he started going for me, and I said, 'Get away from me. Get away from me.' So he dug his claws right here into the side of my leg. And then he started biting me. So I kept kicking him. He wouldn't leave me alone. "

All three people who were bitten are receiving preventative rabies treatment.

"I had a shot in my right arm, a shot in my left arm, eight or nine shots in my leg," Maida said. And I'm going back to the hospital for another rabies shot, and I have to go for two more after this. "

Authorities are notifying nearby residents about the rabid animal attacks and how to best prevent them in the future. [1

9659002] "Stay alert and closely supervise children and pets when outside," Health Commissioner Dr. Sherlita Amle said, "If you see an animal that is acting aggressively, stay away from it and contact local police immediately."

Experts say unusual behavior may be the first sign of rabies in an animal, and a rabid animal may become either abnormally aggressive or unusually tame. It may lose fear of people and become excited and irritable, or conversely, it may appear particularly passive and lethargic.
Staggering and frothing at the mouth are sometimes noted.

Residents who see a stray or wild animal acting strangely should Avoid contact with the animal and alert local authorities to avoid possible exposure to rabies. Residents are also advised to keep their trash can sealed securely and avoid leaving pet food outdoors.

Any physical contact with a wild or unfamiliar animal should be reported to a health care provider. All animal bites or contacts with animals suspected of having rabies must be reported to the Westchester County Department of Health at (914) 813-5000, 24 hours a day.

Keeping pet rabies vaccinations up to date is also important for protection against rabies. New York State law requires dogs, cats and ferrets to be vaccinated against rabies and receive regular booster shots.