Breaking News
Home / Health / For Unicef, one in three children does not grow properly | Notisul

For Unicef, one in three children does not grow properly | Notisul 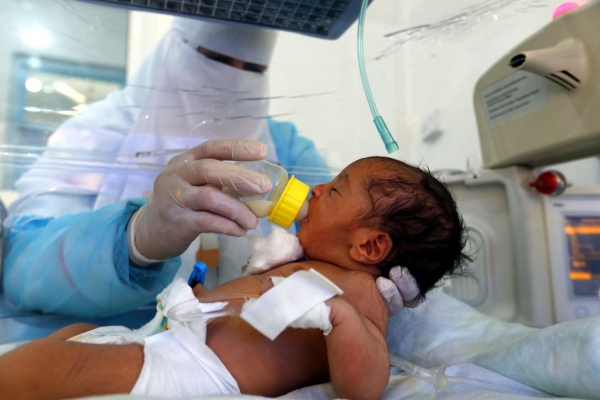 Unicef ​​does not grow one of three children properly

Information is that 250 million children suffer from malnutrition

The UN Children's Fund (UNICEF) released a new report on baby food and nutrition worldwide. World Childhood Situation 2019: Children, food and nutrition provide worrying data, for example, there are 250 million children suffering from malnutrition or obesity in the world.

Unicef ​​2018 data shows that 149 million young children 5-year-olds suffer from growth deficits or are too low for age. And 50 million of them are underweight for their height.

In addition, half of children under 5 years (340 million) suffer from hidden hunger characterized by a lack of important nutrients such as vitamin A and iron, which impairs the ability to grow and develop to its full potential. The study also points out that 40 million of them are overweight or obese.

Currently, poor diet is the most important risk factor for disease. A low-nutrient but low-calorie diet is the reality for millions of people around the world and primarily affects the poorest populations. According to the UN, children need access to nutritious, safe, affordable and sustainable food.

Between 2000 and 2016, the proportion of children aged 5 to overweight 19 years increased from 10% to almost 20%. Being overweight can lead to early onset of type 2 diabetes and depression.

In the countryside and among the poorest families, only one in five children under 2 years receive the least nutrients for the right brain development. About 45% of children between 6 months and 2 years do not eat fruits or vegetables and 60% do not eat eggs, milk, fish or meat.

Only 40% of children under 6 months breastfeed exclusively. Breastfeeding can save the lives of 820,000 children per year around the world.

An increasing number of children are fed with breast milk. Milk-based formula sales increased by 72 percent between 2008 and 2013 in upper middle-income countries such as Brazil, China and Turkey, largely due to inadequate advertising and ineffective policies to encourage and support breastfeeding.

Many teens regularly eat processed foods: 42% drink soda at least once a day and 46% eat fast food at least once a week. These prices increase to 62% and 49% respectively for young people in high-income countries.

According to UNICEF, Brazil has reduced the rate of chronic malnutrition among children under 5 from 19% in 1990 to 7% in 2006. However, it is still a serious problem for indigenous, quilombola and riverine populations. According to the Ministry of Health, the prevalence of chronic malnutrition among original children under 5 years was 28.6%. The number varies between ethnicities and reaches 79.3% of Yanomami children.

In Brazil, the consumption of ultra-processed foods (with low nutritional value and high fat, sodium and sugar) has increased, as well as overweight and obesity. One in three children ages 5 to 9 are overweight. Among young people, 17% are overweight and 8.4% obese.

In Latin America and the Caribbean, 4.8 million children under 5 years have chronic malnutrition (low growth for age), 0, 7 million have acute malnutrition (low weight for height) and 4 million are overweight, including obesity.