Pope Francis suggests that "ecological sin" be added to catechism 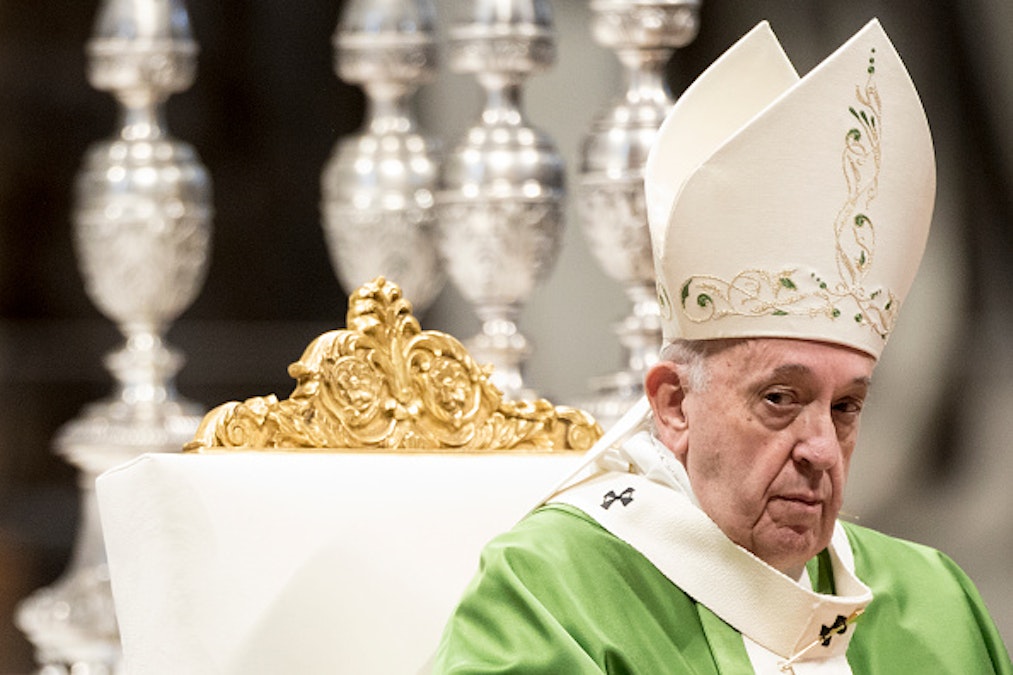 Can "ecological sin" one day be added to the list of sins in the catechism of the Catholic Church? Pope Francis has proposed such an idea.

He was speaking at the 20th World Congress of the International Association of Penal Law in Rome, and the Holy Father said that Christians have an obligation to preserve the environment.

"We must introduce – we think about it – to the Catholic Church's catechism the sin of ecology, the" ecological sin "of our common home, because an obligation is at stake," said Pope Francis, reported by LifeSiteNews. [1

9659003] So how exactly would a "sin against ecology" work on a theological scale? According to Catholic author Dr. Peter Kwasniewski, language must be framed in a way that illustrates that sin would be against God rather than an inanimate object.

"There is no possible sin against the planet Earth," Kwasniewski said. "All sins are ultimately against God or against those in God's image. As all theologians have explained before the theology's decay after reconciliation, when we abuse the natural world or animals or plants, we sin against God, their creator, who gave them to us to use for the right purposes and in accordance with their nature and ours. "

" The only "targets" of sin are persons, because they are either divine persons who deserve our total obedience, or angels or human persons who deserve our reverence as images of God, "he continued. [19659007] If a person abuses a tree or animal, Kwasniewski said that the person would be in serious violation of God because of the natural order, not because an animal or tree has any fundamental rights.

"Someone who tortures an animal or burns down a forest for fun is a sinner not because the animal or the forest has rights, but because he offends God, the great king of the whole earth, from whom all comes to our advantage and to whom they are ordered, "he said. “Man is obliged in justice to respect the gift of God and the order he has established; man must also respect the common destination for material goods, that is, God has made the earth for the benefit of all, not for the selfish benefit of a few, ”he continued.

If Pope Frans framed "ecological sin" In this light if catechism were ever to change, it would be in line with Catholic tradition, which has always said that humans have a moral obligation to preserve the environment as a gift sent from God . In fact, Pope Benedict XVI made this particular argument in his "God and the world."

"Sure, a kind of industrial use of creatures, so that geese are fed in such a way that they produce as large a liver as possible, or chickens that live so packed together that they only become caricatures of birds, this humiliation of living creatures to a being seem to me to really contradict the reciprocal relationship that comes across in the Bible, "Benedict wrote." Animals are also creatures of God and although they do not have the same direct relationship with God as humans, they are still creatures of God's will, creatures we must respect as companions in creation. "