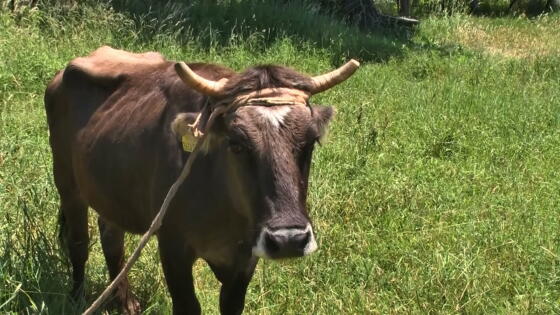 Four and a half thousand people have written a petition to the European Parliament to rescue the Bulgarian Penka cow, which broke the border with the EU and should be killed in accordance with EU rules. The number of signatures grows – daily Sega informs on Sunday

Penki's cow became high during the week following reporting from the Bulgarian public television. He talked about a cow from the border village Kopilovci in the western part of the country, which disappeared and was in Serbia's territory. After a few days, the Serbian villagers took her back to the border and handed it over to the owner.

An additional dramatic element is that Penka is pregnant and will feed for three weeks.

The country has shouted the cow's defense She is healthy and has not infected anything during his short stay in Serbia, where no epidemic has been played at the moment.

Penka quickly became a media star, foreign media became interested in it. At #savepenka and #prayforpenka hashs you can read appeals from different European countries to save the animal.

The case took a political dimension when the British media participated in the campaign and underlined the absurdity of the EU regulations and the inability of the Brussels Bureau to respond to a specific situation. 19659013] The British "telegraph" became the initiator of the petition to the European Parliament and the British Conservative MPs personally picked up European Parliament President Antonio Tajani.

A well-known Bulgarian journalist and former deputy Luben Dilow referred to the problem in his blog "Yesterday London, today Penka, tomorrow Italy, you can not leave the European Union with impunity!"

The petition for defending Penca's cow was sent not only to the EP but also to the EU Council, whose leadership they are Bulgaria

Meanwhile, the co-worker showed the documents after examining the cow's vet and proving that the animal is healthy. Analogue documents were given by the Serbian government after returning the cow.

However, the Bulgarian Food Safety Agency was in the position that EU regulations should be followed.