That's how much MPs earn 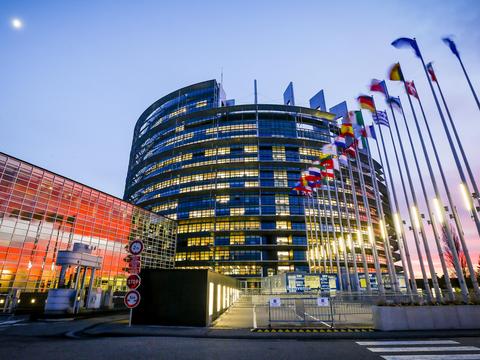 Brussels is the dream of the majority of Polish politicians. But there are 51 seats (an additional 52th mandate for a pole will pop up after Brexit). And, moreover, in the beginning of the campaign, the current members have an advantage. Not only because of the wealth of the portfolio but also thanks to the bonus, which is the opportunity to showcase your achievements in the past. At the expense of the European Parliament! There is only one condition: you cannot agitate. With these funds you can not print the poster "candidate committee X, list X, place number 3", but you can already, for example .. A large sign with the slogan "I am your MEP" or "Thank you for trusting you ". With a good portrait of politicians.

What drives politics in the European Parliament?

first High wages – MEP salary is 6,800 euros per hand, or more than 29,000 zł. That's over 30 percent. more than the President of the Republic of Poland earns

2. Fantastic diets – For every day of his stay at the deputy he gets 320 euros, which means that for a month he can get up to 27.5 thousand. PLN, also untaxed!

3rd Kilometrówki – The route from Warsaw to Brussels in both directions is 2,600 km. For every kilometer driven by car, MEPs receive 53 cents. That is, the EP pays about PLN 6,000 (EUR 1,400) for such a road. Once to get a mile, MP's statement was that he arrived by car enough. It was just that our red four cars in one, and they took one mile for four cars! Now you have to present two banknotes as proof of movement. But our eagles also found a patent! An assistant is sent 100 km from Brussels to the first bill and then asks a friend in Poland to drive a few hours later to the station and take another

4. Air environment collector – Who does not go, this summer. And it is in the business class. She pays EP, but sometimes MEPs gather miles. This is the airline's loyalty system – miles are then free tickets, even for families. As a result, many MEPs have a HON card, meaning free underwater limousine, lounge with the bedroom at the airport, a free bar with refreshments …

5. Money for assistants – For the assistants, the European Parliament pays. They can pay them over 100,000 in total. zł. Money does not go through the hands of MEPs because there are suspicions that part of the salary is kept to themselves.

6th Funds for marketing – Brochures, brochures, meetings, lunches, dinners and other pleasures can be promoted for which the European Parliament will give back the money. The border is a trifle, 52,000. euro (223 thousand PLN!) annually for members! For Europosłom z PO or PSL, a group for the promotion of groups, congresses and congresses takes half of them. The fraction where PiS only takes 10 percent. this sum.

7th Free holidays and trips around the world – MEPs are entitled to 5,000 euros (over 20,000 zlotys) for language courses. They can be used by driving twice a year to Malta (English) or southern France (French) and Spain (Spanish). You need 5 hours a day to be in class, but you can take your family and spend time with her. For every day of the course, MEP receives half of the diet, ie 160 euros (about 680 PLN). It can also use 5000 euros per year for travel

8. Cash money – The European Parliament has the right to return to the so-called general costs of running a parliamentary office in the country where they were elected. This year it is 4513 euros per month, or nearly 20 thousand. zł. Without any control. For many MEPs this is too much – so a lot of people land in their pocket …

When millions of poles tremble for their pension forecasts and are rightly concerned about whether poverty will bring them to their age, they do not have to worry about the future. Every MEP who sends to Brussels after the May 26 election, in addition to five years of good profit, also gets peace of mind from economic problems to his death.

Every year spent in the European Parliament guarantees PLN 1009 for retirement, which Brussels will pay after graduating 63 years of policy and farewell to the European Parliament. This is a difference compared to our Sejm, where there are no obstacles to collecting wages and pensions at the same time. But there is something to wait for when it comes to what we are talking about!

A full term from MEP gives him over PLN 5,000! Our record holders have already completed three full terms, so they guaranteed each other at age 63 as much as 15,000. PLN every month! And there are those among those who are now fighting for the fourth view! If they come to the European Parliament, within 5 years, they will be entitled to the maximum pension benefit from the EP, 20 2099 PLN.

Since this is the limit of this retirement scheme, the benefit cannot exceed 70%. wages. However, it is difficult to believe that one of the lucky ones would blame it.

The Dutch printing houses house. You have to see it!