Russian Foreign Ministry: European Parliament resolution is an example of falsification of history 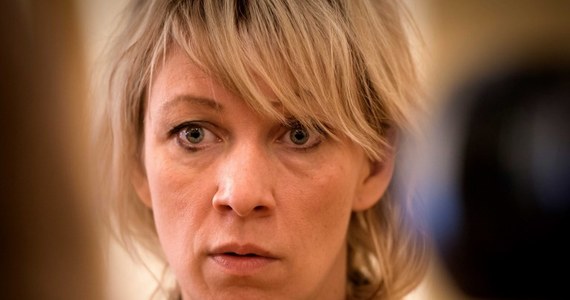 The Russian Foreign Ministry spokeswoman Maria Zacharowa in a Friday commentary on the resolution on historical memory adopted in the European Parliament the day before described this document as "falsifying history" and "a set of revisionist claims".

Members that the Second World War began with the signing of the Non-Aggression Pact between Germany and the Soviet Union on August 23, 1939 have nothing to do with history. At the same time, the resolution does not say a word about the aggressive satisfaction policy pursued by Western countries aimed at redirecting Hitler's aggressive plans from west to east and culminate in this line, ie the Munich Pact in 1938, Zacharova said, noting that Czechoslovakia became a victim of the Munich pact.

"In light of many references to Poland's" difficult fate ", which by the way participated the aforementioned division (Czechoslovakia-PAP) and entered into a non-aggression agreement with Berlin in 1934. – they n this kind of selectivity of historical memory strikes with its cynicism "- Zacharowa announced.

She described the resolution adopted in Parliament as a manifestation of "serious falsification of history" and "set of revisionist claims". In her opinion, there was "a scandalous attempt to equate Nazi Germany, the aggressive country and the Soviet Union, whose nations liberated Europe from fascism at the expense of enormous sacrifices."

The Foreign Ministry representative accused MPs of forgetting "unpleasant cards" and – as she puts it – "they are losing touch with reality". She expressed the view that "this reality is that Nazi criminals in European countries are being rehabilitated" and "neo-Nazi organizations are feeling calm."

Earlier on Thursday, the Foreign Ministry spokesman during the weekly briefing spoke to Poland's official representatives to "provoke Russophobia" in connection with the 80th anniversary of September 17, 1939, describing the events as "the Red Army's entry into western Ukraine and Belarus." According to her, the Polish authorities treated the Ribbentrop-Molotov Pact "as a pact of war", "hypocritically ignoring this fact" that Poland signed an agreement with Germany in 1934.

This was the next official level declaration in Russia, recently signed on August 23, 1939- the pact on non-aggression between the Soviet Union and Nazi Germany with agreements concluded with the Third Reich by other European countries, beyond the secret protocol in which the USSR and Germany agreed on the distribution of influence in Eastern Europe.

Before and after the September 1 celebration in Poland, to which no representatives of Russia were invited, official figures in the Moscow thesis – propagated in the Soviet Union – repeated that the agreement with Hitler helped Joseph Stalin postpone the outbreak of hostilities in the territory of the Soviet state.

But apart from official circles, the pact is considered critical – historians in Russia state that thanks to him Germany itself has strengthened its military service before the war with the Soviet Union.

On Thursday, the European Parliament adopted a resolution assessing that the outbreak of the Second World War was a direct result of the Molotov-Ribbentrop Pact on 23 August 1939 and its secret supplemental protocol. According to this protocol, two totalitarian regimes to conquer the world, the Third Reich and the Soviet Union, divided Europe into two spheres of influence. "The Nazi and Communist regimes carried out mass murders, genocides and deportations and led to loss of life and freedom in the 20th century on a scale never before in human history," stressed Euro MPs.