Breaking News
Home / Poland / "I killed my wife because it was necessary". Attack of a soldier in Lisów near Radom

"I killed my wife because it was necessary". Attack of a soldier in Lisów near Radom 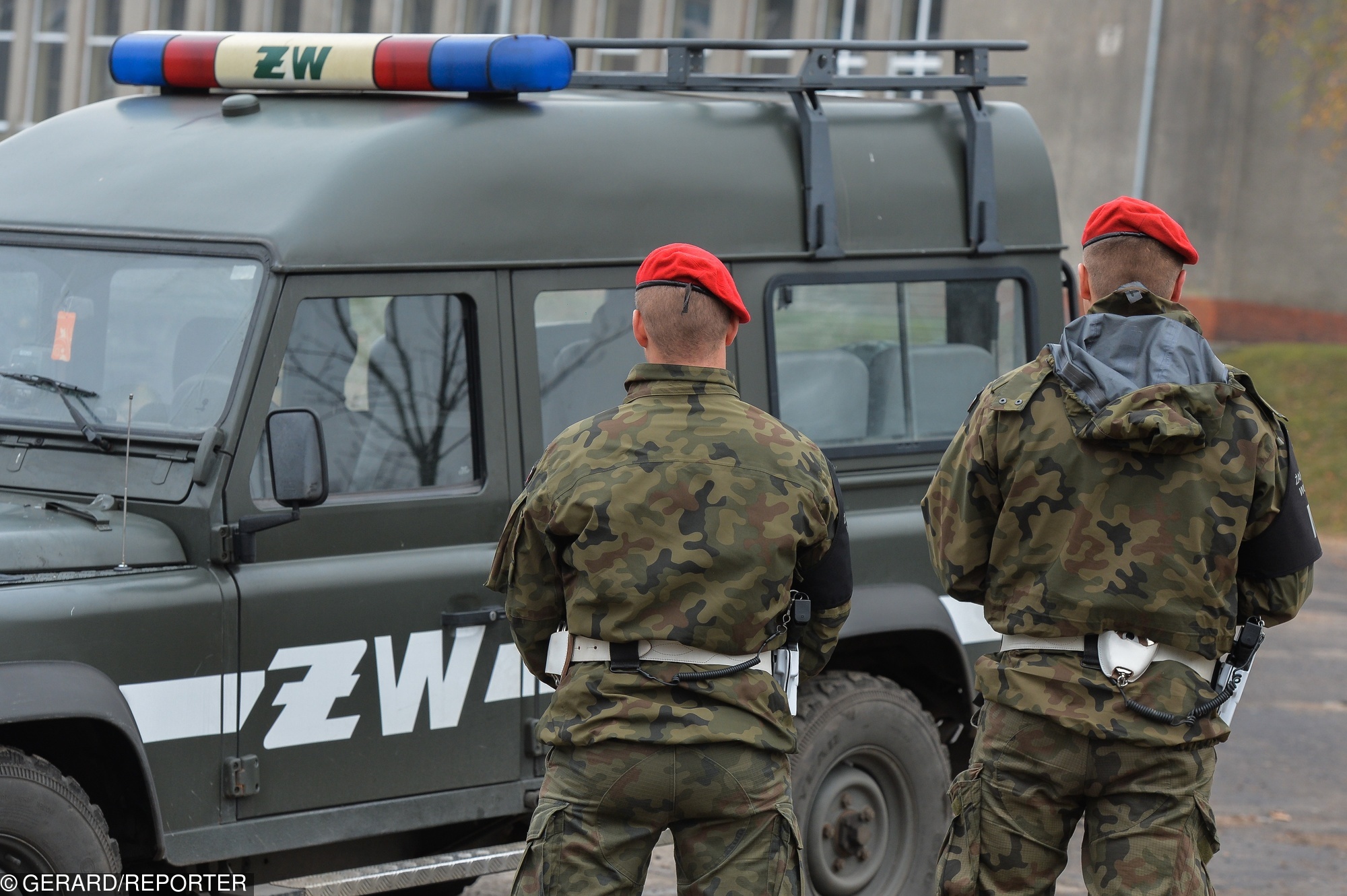 Lisów near Radom. The soldier who attacked his pregnant wife with an ax heard the charges. "I killed my wife because it was necessary," he would say.

Lisów near Radom. The soldier confessed to the attack on his wife (East News)

Lisów near Radom. The tragedy happened on Wednesday evening in Lisów near Radom in Mazovia. A 34-year-old professional soldier attacked his wife with an ax that was 8 months pregnant.

An seriously wounded Anita was taken to one of Radom's hospitals. She has already undergone several surgeries. He is in a heavy, life-threatening condition. Despite the doctor's actions, the child could not be saved, a spokesman for the Prosecutor's Office informed Virtual Poland.

34-year-old Paweł was arrested in the apartment where the crime took place. Military gendarmerie was also called. A breath test showed the attacker was sober. Blood was collected from the man for further research, including against the presence of intoxicants in the body. The case is handled by the Prosecutor of the Department of Military Affairs.

On Friday, a man heard charges of attempted murder of his wife by striking her head and shoulders and killing a child. The 34-year-old acknowledged the charges for which he was charged and answered questions from the prosecutor.

According to Fact24, after the attack on his wife, the soldier would say, "I killed my wife because it was necessary". The blow hit the woman's face and head. Anita also suffered back injuries.

A soldier's attack on his wife. Motif

– Before the tragedy, the man was told his wife wanted to leave him. He did not want to allow it. He decided to kill his partner, who was eight months pregnant. Therefore, he brought his son to the neighbors before the dramatic event. He planned it earlier – says Virtual Poland, one of the investigators who knew the story behind the scenes.

34-year-old Paweł L. is a veteran of the war in Afghanistan and assistant to the veteran commander of the first armored brigade in Wesoła.

– We were shocked. When the commander heard about the tragedy, he immediately went to the scene. The general in the presence of a psychologist and a priest met the victim's family – said Fakt24, the second lieutenant. Artur Wróbel.

Lisów near Radom. A neighbor tells of a dramatic course

The couple already had a 7-year-old son Olek. Now they were waiting for the second child to be born. It would be a daughter. The neighbor who was closest to them claims that this is a peaceful and compatible family.

The woman told "Gazeta Wyborcza" that the man probably worked in Warsaw because he came home on weekends. During the week, the mother looked after the 7-year-old. They moved to Lisów three months ago.

Earlier, information showed that the 34-year-old was on assignment. – When he was still a bachelor, he was on a mission in Afghanistan for six months. Apparently I heard it, the mine next to him exploded or something. Then he was on leave for six months. But that was a long time ago, eight years ago – says a neighbor.

7-year-old son of the couple knew the neighbor well. His parents brought him to her when they had to do something. That day was also so tragic.

A woman reports that some man came to her for a son. He had a bag in his hand and acted strangely. He was standing in the yard instead of coming into the house as usual. After a while it turned out that everything is in the blood. Then the neighbor called his mother-in-law and son the police.

– I held their son in my arms and he cried, "Grandma, save my mother". Then she came for him and took her aunt to her – says the crying woman.

Do you have news, a photo or a video? Send us via history.wp.pl