Ancient Mars was covered with ice, not rivers 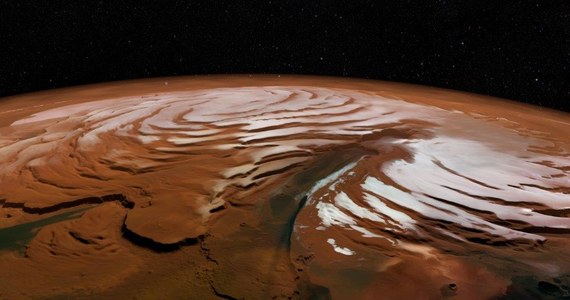 Recent discoveries by scientists suggest that we were wrong about Mars’ past. According to research by researchers at the University of British Columbia, a large number of valleys were cut on the surface of the red planet by melting water under glaciers and not with free-flowing rivers.

Until now, it was thought that the surface of Mars was previously covered with large amounts of water, mainly in the form of flowing rivers. The authors of the new study say that their results shed new light on the prevailing “hot and wet ancient Mars” hypothesis. It assumes that the Red Planet once had rivers, seas and that it rained. Researchers from the University of British Columbia have developed a new technology for studying thousands of Martian valleys on the planet’s surface.

Researchers compared Mars valleys with glacial canals in the Arctic archipelago and found significant similarities. Scientists note that similar valleys on Earth were not formed by rivers but by glaciers. Each valley type has a distinct shape.

Mars has valleys on the surface that differ from each other, indicating that many processes were involved in carving them. In particular, the similarities between the Mars Valley were noted in the subglacial canals on Devon Island. This place is considered one of the best analogues of Mars on Earth – it is a cold and dry polar desert.

The study analyzed more than 10,000 Mars dollars with a new algorithm to evaluate the erosion processes behind them. Researchers have shown that only a fraction of the Mars valley matches the surface water pattern of erosion. This means that ancient Mars was probably covered in ice. It is not yet known what this will change in relation to our search for life on the red planet.