Breaking News
Home / Technology / Pixel 4a challenger launches in the US tomorrow with 6.5-inch screen, four-camera and large battery

Pixel 4a challenger launches in the US tomorrow with 6.5-inch screen, four-camera and large battery 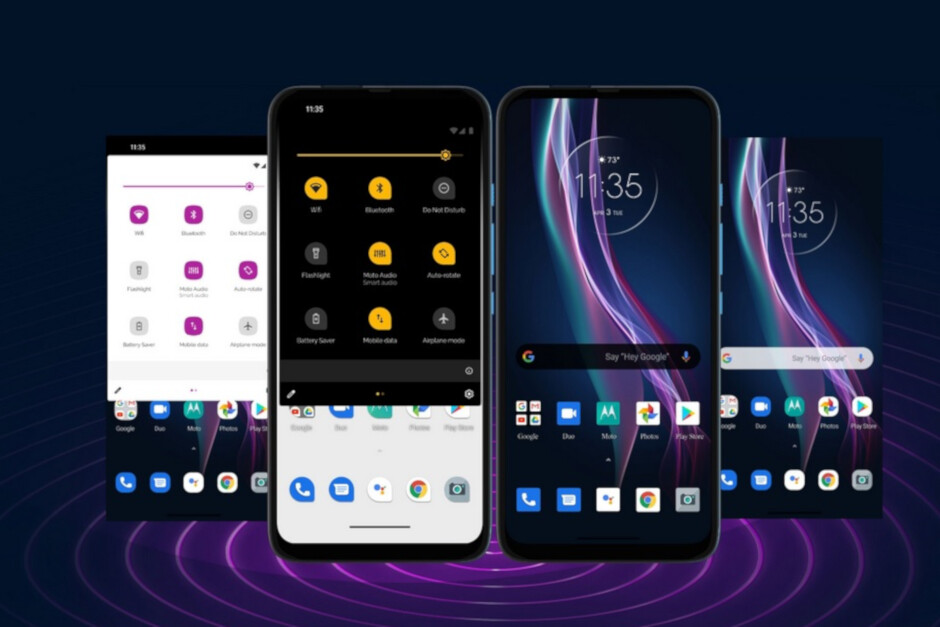 Another intercom enters a crowded market in North America as The Motorola One Fusion + will be launched in North America tomorrow, August 5th. The device has already been made available in India and in some countries in Europe and Latin America. The handset has a 6.5-inch Full Vision screen, which is Moto-talk for an edge-to-edge screen. The resolution weighs in at 1080 x 2340 (FHD +) and gives a aspect ratio of 19.5: 9.
Motorola has equipped the phone with the Snapdragon 730 mobile platform along with 6 GB of memory and 128 GB of storage space. On the back you will find a rear setting that has a 64MP primary camera with Quad Pixel technology (4: 1 pixel binning) and Night Vision, an ultra-wide camera with a 118-degree lens and a 5MP macro camera for the impossible close-ups. Also included is a 2MP depth sensor. Using AI, the phone selects the perfect settings for the picture you want to take. For selfies, the Motorola One Fusion + is equipped with a pop-up 16MP camera. The phone has a plastic construction and offers no water protection. The Motorola One Fusion + can run more than two days between charges thanks to its 5000mAh battery (with a 15W Turbo charger) and it comes out of the box with an “ultra-clean” version of Android 10 without bloatware. With the My UX function, you can customize your home screen with unique icon shapes, fonts and colors.
Tomorrow, the phone will be available in the US for $ 399.99. One Fusion + will be offered universally unlocked from Motorola. It will compete with $ 399 Apple iPhone SE (2020) with its flagship kit and Google Pixel 4a with its flagship rear camera system.