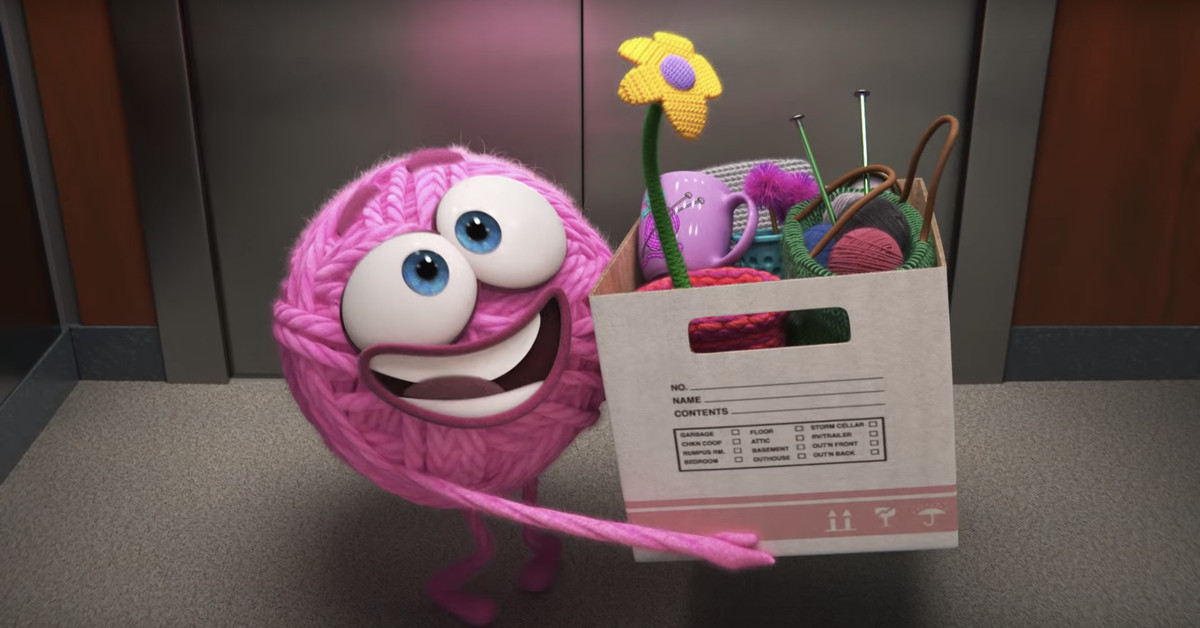 "Purl", the first film from Pixar's SparkShorts program, is about a ball of yarn trying to hold a job. But there is so much more.

The card follows the bright pink ball of yarn called Purl when she comes to a nominated company (entitled BRO Capital) and tries to fit in. But in the quest to be one of the boys, she can only lose part of her own identity. Pixar always delivers themes and messages meant not only for children, but for people of all ages, but "Purl" packs a bit of a heavier blow – and it's not just because Purl swears at once.

In a "meet filmmaker", director Kristen Lester and producer Gillian Libbert-Duncan discuss the motivation to tell this story.

"It's based on my experience being in animation," Lester said. "My first job, I was like the only woman in the room, and so to do what I loved, I became one of the guys. And then I came to Pixar, and I started working on teams with women for the first time, and actually made me realize how much of the female aspect of myself I had buried and left behind. "

While Lester talks a lot about Pixar ̵

1; and in fact, the SparkShorts program is designed to show stories from new voices with new Techniques – Pixar himself came on fire last year – not just because corporate legend John Lasseter left the company for allegations of sexual maladministration, but also for an essay by a former employee of the art department about the very male dominated workplace culture promoted by the animation company.

The full list of shorts under the SparkShorts program can be found on Pixar's website. Two others are set to release this month: "Smash and Grab," a robot love story, will be premiered on February 11; and "Kitbull", a story about a pit bull and a kitten, will be available on February 18th.

Vanilla Ice continues with Texas concert: “We didn’t have coronavirus” in the 90s